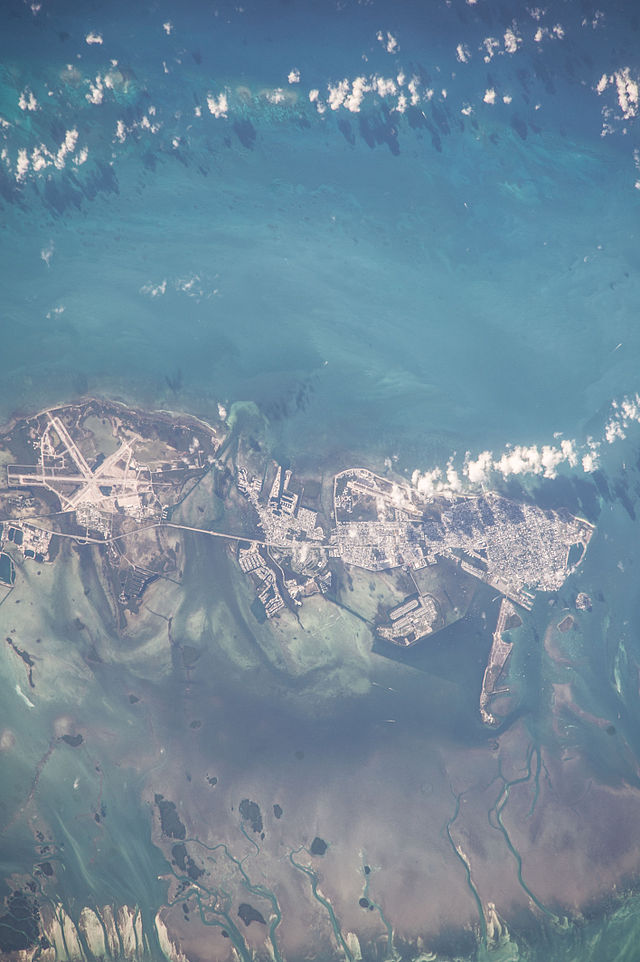 This photo has been released into the public domain because it contains materials that originally came from the Image Science &amp; Analysis Laboratory, of the NASA Johnson Space Center. No endorsement by licensor implied.

Even a 1-meter rise in sea level, which is now a conservative estimate for the year 2100, could be devastating to the human population and to nature in Florida. The Florida Institute for Conservation Science (FICS) has initiated a project to study and communicate issues related to the impacts of, and adaptation to, sea level rise in Florida. The first phase of this project included a scientific symposium, which was held January 18-20, 2010, at Archbold Biological Station. This meeting brought together scholars from several disciplines to share information on sea level rise and its impacts in Florida and to develop recommendations for further research and for changes in policy and management. Future phases of this project include technical publications, communications with policy-makers and the general public, and a larger conference focused on policy and management and involving a diversity of stakeholders and decision-makers. Sixteen papers, drawn largely from the Archbold symposium, are being prepared for publication as a special issue of the journal Climatic Change, guest-edited by Reed Noss. As of July 2010, almost all of those papers are out for peer review.

The program, presenter biosketches, and PDFs of the presentations made at the Archbold symposium are available here.

Impacts of sea level rise and increased storm surge on natural ecosystems, populations of imperiled species, and human infrastructure have been documented for several decades in low-lying coastal areas of Florida. Yet, there is no integrated and coordinated adaptation strategy for addressing these impacts. Florida stands to lose a tremendous amount of biodiversity and ecosytem services from sea level rise, storm surge from increased hurricane intensity, and inappropriate engineering responses to these threats. Hence, an adaptation strategy focusing on natural ecosystems and biodiversity - but integrated with human needs - is urgently needed.

The first phase of this project was a three-day scientific symposium held in January 2010 called Keeping Our Heads Above Water: Surviving the Challenges of Sea-Level Rise in Florida. The symposium was sponsored by FICS and co-sponsored by The Nature Conservancy, Florida Native Plant Society, U.S. Fish and Wildlife Service, The Jelks Family Foundation, Disney’s Animal Kingdom, the University of Florida’s Water Institute and Land Use and Environmental Change Institute, the Hyatt and Cici Brown Endowment for Florida Archaeology at the University of Florida, and Conservation Science, Inc. Impacts, adaptation options, and potential policy responses to and recommendations for dealing with sea level rise were discussed.

Papers, drawn largely from the Archbold symposium, are being prepared for publication and almost all of these are out for peer review.

Florida Institute for Conservation Science
Keeping Our Heads Above Water: Surviving the Challenges of Sea-Level Rise in Fl… 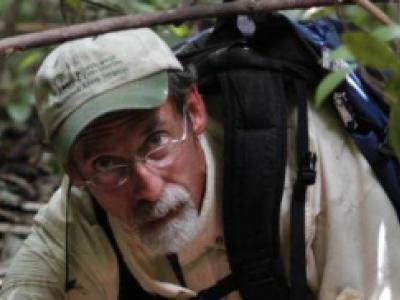 The Florida Institute for Conservation Science (FICS) is an independent, non-partisan, and non-sectarian think tank and research institute. We are not strictly academic; rather, we draw individuals from universities, non-governmental organizations, government agencies, consulting firms, industry, and elsewhere in the public and private sectors to address critical issues in conservation, restoration, land-use, and regional planning.