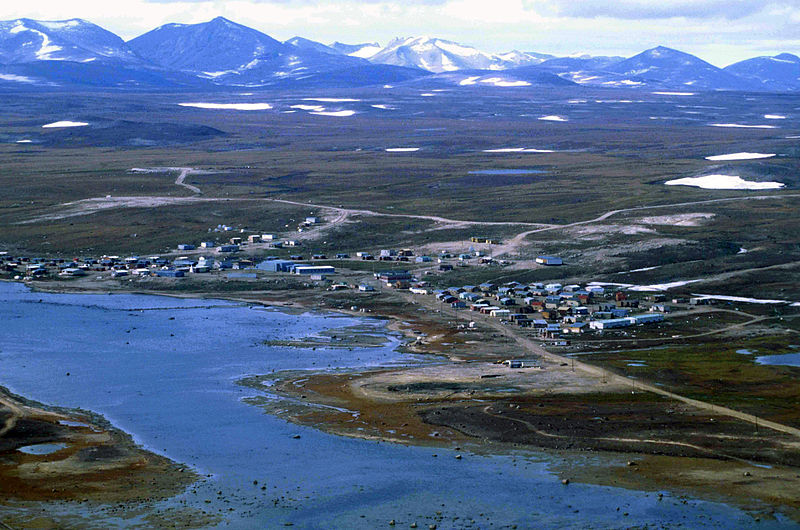 Clyde River, like many small communities located in Nunavut, Canada, is threatened by melting permafrost and thinning sea ice due to a warming climate. To help prepare for the adverse impacts of climate change, the Clyde River community worked with partners to develop a community adaptation plan. Projects were designed to better understand the threat sea level rise, melting permafrost and change in freshwater availability could have on the community. The lessons learned from their experience are being applied to five other communities in Nunavut to help develop adaptation plans.

Clyde River is located on the northeast of Baffin Island in Nunavut, Canada. It is a small community with roughly 900 residents. Warming temperatures are melting permafrost and causing unpredictable sea ice formation in the area; these impacts threaten the community’s infrastructure and alter traditional hunting routes. Clyde River and the community of Hall Beach piloted a climate change adaptation program developed for the entire region of Nunavut in 2006 at a three-day workshop held in Iqaluit. The goal of the workshop was to develop a climate change adaptation plan for Clyde River.

After the workshop, five projects were launched in Clyde River to help them assess the regional impacts of climate change and ways the community can adapt.  Below is a short summary of the project titles, goals and outcomes.

The collaboration evolved into the Nunavut Climate Change Partnership, which aligns stakeholder interests with scientific recommendations to develop adaptation plans for local communities that are expected to be adversely impact by climate change. The Nunavut Climate Change Partnership then began working with five other communities – Iqaluit, Arviat, Whale Cove, Kugluktuk, and Cambridge Bay – to develop adaptation action plans.

A new website run by the Nunavut Climate Change Centre (NC3) was established to help local communities learn about the projected impacts climate change may pose to their communities. The website is a mix of scientific research on climate change, traditional ecological knowledge demonstrating climatic changes that have been passed down through generations, and an interactive map that allows users to learn more about the climate impacts and related projects that are ongoing in their local community.

Located on the northeast coast of Baffin Island in Nunavut, Canada, Clyde River (Kangiqtugaapik) has a population of about 950 people.  It is home to one of the most diverse landscapes in Nunavut including dramatic cliffs, deep fjords, rolling tundra, sandy and rocky coastlines, lakes, rivers, mountains, and glaciers, and has many species of Arctic plants and animals like seals, whales, polar bears, birds, fox, caribou, and fish.  Inuit culture, activities, and language are very strong in Clyde River, making it one of the most traditional communities in the Baffin region.  The community is 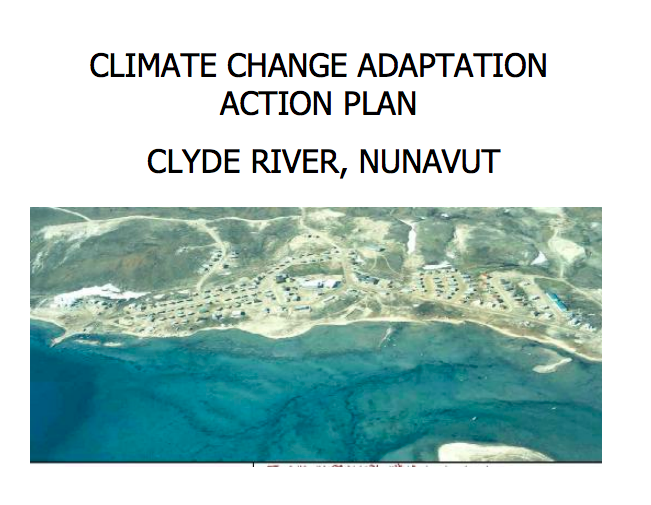