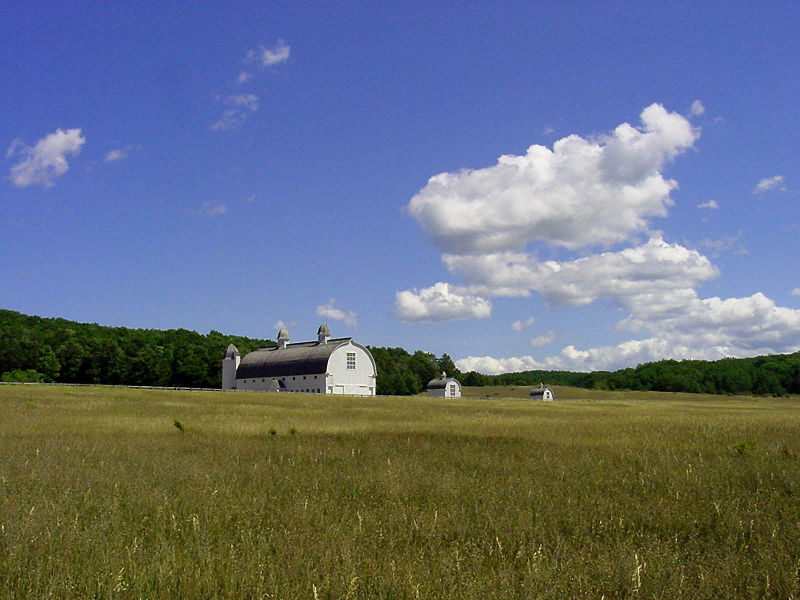 Climate change impacts in the Midwest include warmer temperatures, more precipitation, and greater weather variability. These impacts are likely to affect Michigan’s field crops in both positive and negative ways, although understanding exactly how these changes will manifest remains uncertain. In late 2010, researchers at Michigan State University Extension and the W.K. Kellogg Biological Station initiated a project to begin engaging agricultural producers, scientists, and decision makers in discussions about climate change and agriculture. The purpose of this project was to increase understanding among the agricultural community about the ways in which climate change is likely to impact agriculture, and explore what information and resources farmers need in order to be able to adapt to potential changes.

Climate change impacts in the Midwestern U.S. include warmer temperatures, more precipitation in winter and spring, increased summer evaporation, greater weather variability, shifts in diseases and pests, and a longer growing season. Many of the projected impacts are likely to affect Michigan’s field crop agriculture in both positive and negative ways. For example, a longer growing season and more precipitation can improve crop growth but may lead to more plant diseases and pests (Doll and Baranski 2011). Understanding all the ways in which future climate changes may impact crop agriculture is extraordinarily complex, and unlikely to be fully explained in the coming years. Regardless, agriculture will need to be better prepared for changing conditions and have adaptive measures at the ready.

To help Michigan’s field crop farmers adapt to and mitigate changing climate conditions, researchers at Michigan State University (MSU) Extension and the W.K. Kellogg Biological Station (KBS) teamed up together on a project to find ways of engaging the agricultural producer, scientist, and decision-maker communities in discussions about climate change and agriculture. The project’s primary audiences were MSU Extension educators and agricultural professionals who may incorporate climate information into their programming to reach agricultural producers across the state. Funding for the project was provided by Project GREEEN (Generating Research and Extension to meet Economic and Environmental Needs), Michigan’s plant agriculture initiative at MSU, and an U.S. EPA Environmental Education grant. Additional support for this research was provided by the NSF Long-Term Ecological Research Program at the Kellogg Biological Station and by Michigan State University AgBioResearch.

Researchers at KBS worked with MSU Extension educators and the Michigan Farm Bureau to set up four focus group discussions with Michigan field crop farmers from December 2010 through January 2011; over 17 counties were represented through the focus groups. The first round of focus groups discussed the availability of climate change information for farmers, and included questions such as: (1) where do you hear about climate change; (2) what are your current sources of climate-related information; (3) if you wanted more climate information, where would you go to get it; (4) what topics related to climate change are important to understand; and (5) do you see MSU Extension playing a role in disseminating climate change information and if so, how? Group facilitators also talked with farmers about the ways in which they are already adapting to climate change. For example, some farmers expressed that they are now using larger equipment to complete field tasks because the window of time to get things done is shifting.

To improve climate education in the agricultural community, the project team produced a series of fact sheets including climate basics; greenhouse gas basics; frequently asked questions about climate change; and how agriculture contributes to climate change, how it may be impacted, and what it can do about it. Fact sheets were produced in both English and Spanish. They are available for download at http://lter.kbs.msu.edu/get-involved/educational-resources.

Out of this work, MSU Extension also formed the Climate Variability and Change Action Team (CVCAT) to help the Michigan communities prepare for climate change. Currently the group has members from every program in Extension. It has hosted several webinars and an in-service training on climate, water, and agriculture for Extension. MSU Extension has also started to change their programming and explore new ways to address the needs that came up in focus group discussions with farmers.

Two peer-reviewed articles are expected to be published based on this work – one a case study on training MSU Extension educators to help agriculture prepare for climate change and one on the results from the climate change adaptation focus groups. The first article, Using stakeholder needs and deliberative dialogue to inform climate change outreach efforts, is currently in press in the Journal of Extension. Project team leads have also hosted several trainings including one on climate change communication and helping communities understand why they would want to address climate change, and another linking climate scientists and journalists (led by the MSU Knight School of Journalism and the Society for Environmental Journalists and funded by an NSF climate change education grant). No formal next steps are anticipated for the project, although the team hopes to find a way to continue long-term dialogue between farmers and scientists. To accomplish this, they anticipate the need for funding a coordinator who can dedicate time to long-term planning and engagement.

Factors that contributed to the project’s success:

Located between Kalamazoo and Battle Creek, Michigan (about 65 miles or 105 km from the main campus), the 4,065-acre station includes Kellogg Bird Sanctuary, Kellogg Farm, the Kellogg Biological Laboratories, the KBS Conference Center, Extension and Outreach offices and the Lux Arbor Reserve. The nearby Kellogg Experimental Forest is closely affiliated with KBS.