Florida has almost 1,930 km (1,200 mi) of coast, almost 3,700 km (2,300 mi) of tidal coastline, and a growing coastal population. Sea level rise and other climate change impacts, including increased temperatures and ocean acidification, threaten fish, wildlife, and natural ecosystems in Florida. Sea level rise will cause land loss, physical changes to coastal systems such as beaches and estuaries, and associated changes to habitat function and ecosystem services including degraded water quality and saltwater inundation of freshwater reserves.

Among other topics, Florida’s first state wildlife action plan did not sufficiently address the impacts of climate change on wildlife, and needed to be updated. Vulnerability of individual species to sea level rise was unknown.

To update the action plan, FWC staff worked with Defenders of Wildlife and the Massachusetts Institute of Technology to explore two complementary approaches to assess species vulnerability. The first approach was a vulnerability index that generates relative vulnerability ranks across species and helps elucidate underlying factors contributing to vulnerability. The Climate Change Vulnerability Index, which was developed by NatureServ, was used to determine relative vulnerability of 25 species to climate change. Information for this approach was gathered from climate models and data available through The Nature Conservancy’s Climate Wizard and input from species experts. In the second approach, spatially explicit vulnerability analyses were used to simulate a range of likely responses to sea level rise, public policy options, and financial conditions. These approaches differed in the degree to which they incorporated both human and species-level responses, as well as in the type and scale of the outputs that were produced.

Outputs from both approaches were brought into a workshop-based process involving managers and biologists and used to identify potential adaptation strategies for focal species. The FWC intends to build on the groundwork laid by this pilot study by exploring ways to apply vulnerability assessments more broadly and to determine how these results could be used to inform agency decisions such as species management, land acquisition, policy, and research and monitoring efforts. The project took 1–3 years to complete. 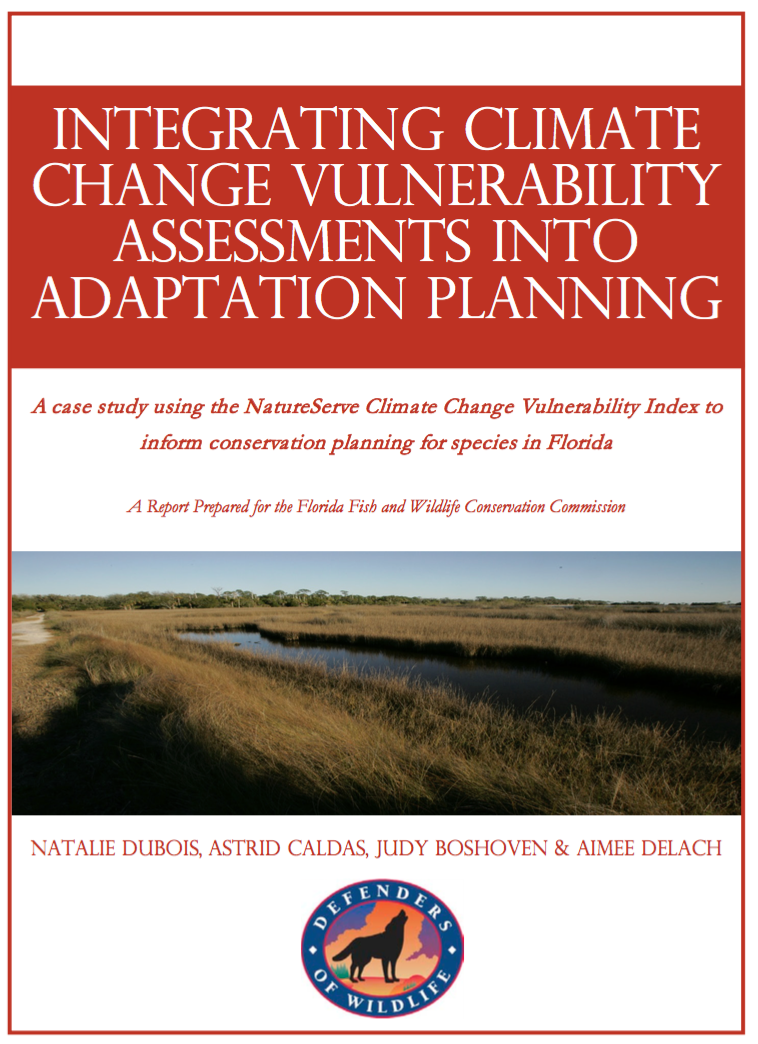