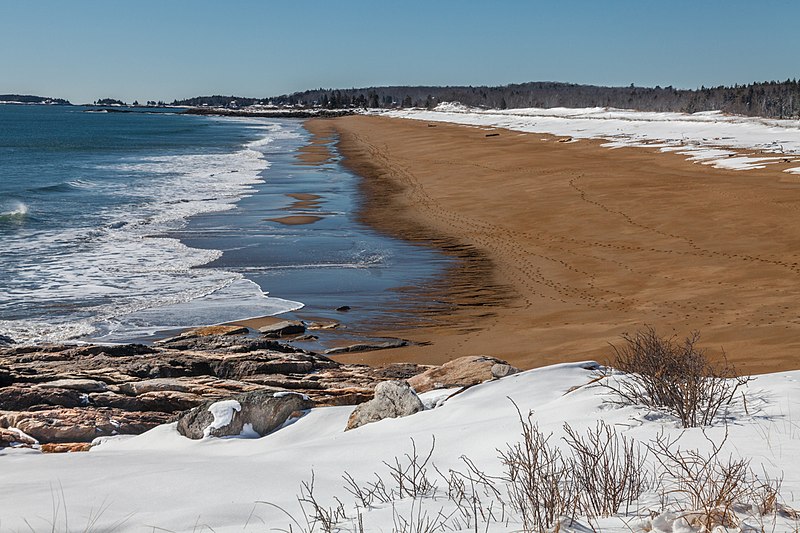 Maine’s Coastal Sand Dune Rules recognize uncertainty around rates of erosion and sea level rise, but also the need to act despite uncertainty. The rules define erosion hazard areas as any section of the coastal dune system that may become part of a coastal wetland over the next 100 years due to cumulative changes resulting from (1) historic long-term erosion, (2) short-term erosion from a 100-year storm, or (3) flooding during a 100-year storm combined with a two-foot rise in sea level. The rules state that a project may not receive a permit if a development is deemed to be vulnerable to coastal erosion relating from sea level rise.

The original rules explicitly assumed a three-foot rise in sea level over the next century, but this was revised to two feet during a 2003 rulemaking session. While a number of comments during the rulemaking session argued that existing evidence only supported a one foot per century rise, the Department of Environmental Protection determined that sea level rise projections warranted the inclusion of an additional foot.

The Department engages in a wide range of activities. It makes recommendations to the Legislature regarding measures to prevent, minimize and eliminate environmental pollution; issues licenses; initiates enforcement actions; and provides information and technical assistance. The DEP serves as the main link to the federal government on environmental issues and administers some federal programs. Working with the general public, legislators and state and municipal agencies, department staff implement environmental laws and programs.