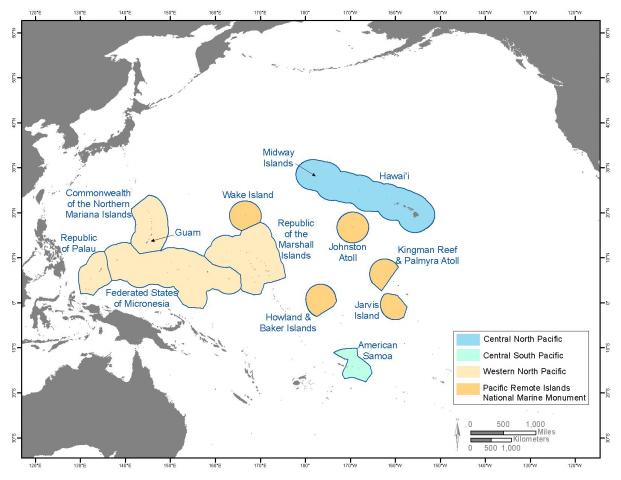 Screenshot from Climate Change and Pacific Islands: Indicators and Impacts

The Pacific Islands Regional Climate Assessment (PIRCA) is a collaborative effort aimed at assessing the climate change indicators, impacts, and adaptive capacity of the Hawaiian archipelago and the U.S. Affiliated Pacific Islands (USAPI). Over 100 scientific experts and practitioners came together to produce the 2012 PIRCA, a comprehensive synthesis report that serves as a regional contribution to the National Climate Assessment (NCA). The NCA is conducted under the United States Global Change Research Act of 1990, which requires a report to the U.S. President and Congress every four years.

The 2012 PIRCA report represents the beginning of a sustained process of assessment and information exchange among scientists, businesses, governments, and communities in the Pacific Islands region. In conjunction with other regional and national assessments, we anticipate the 2012 PIRCA will provide guidance for decision makers seeking to better understand how climate variability and change impact the Pacific Islands region and its communities.

The NCA plays a critical role in summarizing scientific research and informing the nation about already observed climate changes, the current status of climate, and anticipated trends and projections for the future. In previous assessment reports (released in 2000 and 2009), the Pacific Islands were grouped with the Caribbean Islands in a single chapter, which did not comprehensively capture specific impacts facing Pacific Island groups. Recognizing the need for an integrated assessment of climate science and impacts for Hawai‘i  and the USAPI, as well as a need for better representation in the NCA process, the core PIRCA team embarked on a two-year mission, bringing together experts from across the Pacific to contribute to a regional assessment.

Those focus areas formed the basis for three technical consensus workshops held between November 2011 and January 2012 to provide a foundation for the assessment. PIRCA selected participants for the three workshops by identifying regionally relevant researchers in academia and agencies who were publishing peer-reviewed papers on climate change science and impacts in Hawaii and the USAPI. Initial lists of invitees were supplemented by recommendations from these regional experts. At the workshops, recognized experts in various fields participated in facilitated discussions to identify key figures and findings. Participants formed consensus about climate change impacts and trends by integrating findings from published research, the material on which the report is largely based. The same experts were invited to review and comment on the draft report. In addition, several reviewers independent of the PIRCA process provided comments. The PIRCA Steering Committee conducted a final review and approved the report in February 2012 for submission to the NCA. The PIRCA report then went through further independent peer review, and was officially released as a stand-alone regional assessment document in December 2012.

In addition to the report, titled Climate Change and Pacific Islands: Indicators and Impacts, the assessment process also yielded an Executive Summary and a Case Studies document that contains real-world examples of climate change impacts and adaptation in the Pacific Islands. All three publications are freely available on CAKE; please see the Related Virtual Library Documents. Printed black and white copies and e-book versions may be purchased here.

Coinciding with the official release of the report in December 2012, PIRCA convened a regional forum at the East-West Center in Honolulu, Hawai‘i. The morning of the opening day consisted of a public session, attended by 200 community members and featuring an interactive dialogue with climate experts and sector leaders from across the Pacific Islands region. Hawaiʿi Lieutenant Governor Brian Schatz gave opening remarks, and the report’s Lead Editor, Dr. Victoria Keener, delivered a keynote presentation of the PIRCA findings. The remainder of the Forum was a working session by invitation only, and brought together over 80 scientists, managers, and other professionals. These dialogues facilitated sharing and analysis of the knowledge gaps, sectoral needs, and adaptive capacity for addressing the changing climate.

Since December 2012, the PIRCA authors have given numerous outreach presentations in a range of settings, including regional forums, public events, professional society meetings, and college courses.

The 170-page PIRCA report integrates the findings of over 100 scientists in a regional assessment that represents the state of scientific knowledge about climate change impacts and adaptation in Hawai‘i  and the USAPI. An important technical input for the 2013 NCA, the PIRCA is one in a series that is being used by the 2013 NCA author team as critical source material for the national assessment, which will be released in 2014. The report's editors anticipate that many sectors and groups will make use of the report in their decision-making. Former Hawai‘i  Lieutenant Governor (now US Senator) Brian Schatz summed up the value of the PIRCA in remarks at the December 2012 forum: “The work that PIRCA has done and continues to do is critical for policymakers to have good science to inform policymaking. The report provides a wealth of information about changes in temperature, rainfall, streamflow, sea level rise, and storms for us to consider in our planning in diverse sectors such as energy, tourism, agriculture, defense, community development, and conservation.”

PIRCA has received significant media coverage since the release of the report, bringing climate change issues into focus for the public. Examples include stories about the PIRCA report and forum in the Honolulu Star-Advertiser, on Honolulu Civil Beat’s website, and in ClimateWire. A news segment featuring interviews with the report’s editors and contributors aired on the network KHON in Hawai‘i the evening of December 10, a second news segment ran on Fiji TV in January 2013. PIRCA researchers Dr. Melissa Finucane, Dr. Victoria Keener, and Mr. Richard Wallsgrove were also featured in the cover story, “Climate Change in Hawaii - It's Here,” for the Jan 2, 2013 issue of Honolulu Weekly. The Hawaii League of Women Voters took out a full page ad on January 5 in the Honolulu Star-Advertiser, targeted at bringing climate issues to President Obama’s attention while he was visiting Hawai‘i. On Feb 14, 2013, Dr. Victoria Keener was part of a panel discussion with coastal geologist Chip Fletcher, DLNR Director William Aila Jr., and Cultural Adaptation Coordinator Stanton Enomoto on the PBS Hawai'i show Insights.

With the 2012 report complete, the PIRCA team is finding opportunities to broadcast its findings, while also exploring ways to sustain the assessment process over the long term. The team encountered challenges along the way that stemmed from the lack of funding or oversight for the sustained assessment process and the need for greater education and outreach capacity both on the regional and national scales. Those challenges remain, and PIRCA will attempt to sustain and build interest in the assessment among researchers, communicators, and a wide range of stakeholders, as the next assessment period approaches. 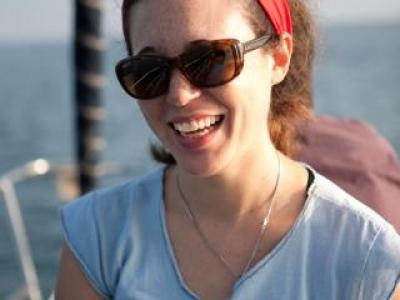 The National Oceanic and Atmospheric Administration’s (NOAA) Regional Integrated Sciences and Assessments (RISA) program was created in 1995 to pioneer innovative mechanisms for enhancing the value of climate information and products for understanding and responding to a variety of challenges associated with climate variability and change at the regional scale. Currently, there are eleven region-specific RISA teams (see box) working in sustained partnerships with local decision-makers.

The PICCC provides a range of scientific and technical tools to help managers in Hawai‘i, the Mariana Islands, American Samoa, and other Pacific Island groups make informed decisions for landscape-scale conservation of natural and cultural resources including climate models at the archipelagic and island scales, ecological response models, and implementation and monitoring strategies for island species, resources, and communities.