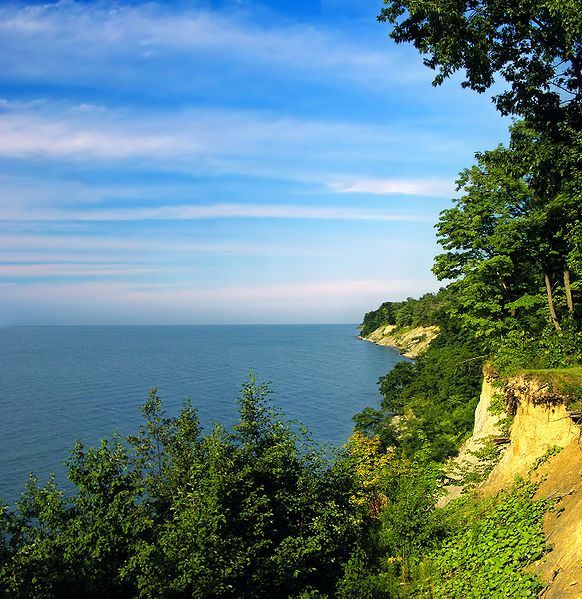 Pennsylvania Sea Grant (PASG) has addressed climate change issues throughout the state by providing research, education, and outreach to local coastal communities. Their projects have examined the possible risks and vulnerabilities to coastal communities and natural ecosystems in the state. PASG staff have created educational materials and tools to support public awareness and decision making in the state.

Pennsylvania contains numerous habitats and species of importance. Sixty percent of the state is forested and 83,000 miles of rivers and streams flow through the state and out to the Delaware Estuary and Lake Erie; 25,000 species have been documented in the state, many of which are threatened or endangered (DCNR 2012). Climate change will have both positive and negative effects on the natural and economic systems of Pennsylvania. Impacts that are already occurring or projected to occur include increased temperature extremes, increased storm and heavy rain events, decreased winter snowpack, increased precipitation, and northward range shifts (UCS 2008). PASG has engaged in many different projects that examine the vulnerability of built and natural environments to the impacts of climate change; in addition, staff have developed and applied outreach materials and climate-related tools to support climate literacy and decision making in Pennsylvania.

The Erie County Climate Adaptation Workshop was held in September 2010 with a $30,000 grant from the NOAA National Sea Grant Coastal Communities Climate Adaptation Initiative (CCCAI). This workshop was held to educate the public and local decision makers on the projected impacts of a changing climate and resulting effects on natural and human systems in Erie County. The goals of the workshop were to enhance understanding and foster a collective climate-resilient mindset for the community, encourage collaboration to improve decision making, introduce climate change adaptation, and develop adaptation strategies that could be incorporated into existing policies and plans.

Climate Change in Pennsylvania – How Will it Impact You? was a series of three webinars sponsored by a NOAA SARP grant that provided climate change information statewide. The webinars were held in 2010 and focused on climate change trends and impacts and the effects on public beach access, erosion, and North American forests. The recorded webinars are archived and available for download on the PASG website.

Climate Change and Aquatic Invasive Species (AIS) was a project that researched the potential increase in habitat suitability for the introduction, distribution, and establishment of AIS in a changing climate. The effects of AIS are largely unknown, although some studies estimate that increased temperatures will allow some species to expand their ranges into different regions. Three different climate scenarios were examined with respect to the possible range shifts of species in order to identify and prioritize those with the highest likelihood of expanding their ranges into Pennsylvania. Approximately 50 fish, plant, and invertebrate species that are currently not found in the state have been found to be possible invaders under future climate scenarios. Four species were identified as “high risk”, having both high establishment and invasiveness potential. Project staff used the U.S. Geological Survey’s Non-Indigenous Aquatic Species database to inform their findings. The outcome of the project was a framework for allowing resource and AIS managers to develop proactive control and management strategies for dealing with AIS.

PASG is looking to continue its education and outreach efforts about the effects of climate change. Challenges encountered throughout these projects include sustained funding, dedicated staff, and the identification of barriers that policy and decision makers have to overcome in order to apply available tools and adopt climate change adaptation strategies.

Pennsylvania enjoys abundant freshwater resources with more than 84,000 miles of streams, 76.6 miles of Great Lakes shoreline, many inland lakes and 57 miles of tidal coastline.  These resources are shared with many other states and Canada.

With a multitude of concerns, including: urban and suburban sprawl, agricultural and residential runoff, emerging contaminants, abandoned mines and wells, and new drilling in the Marcellus and Utica Shale, Pennsylvania also shares many challenges.