Promoting Resilience in the Mesoamerican Reef 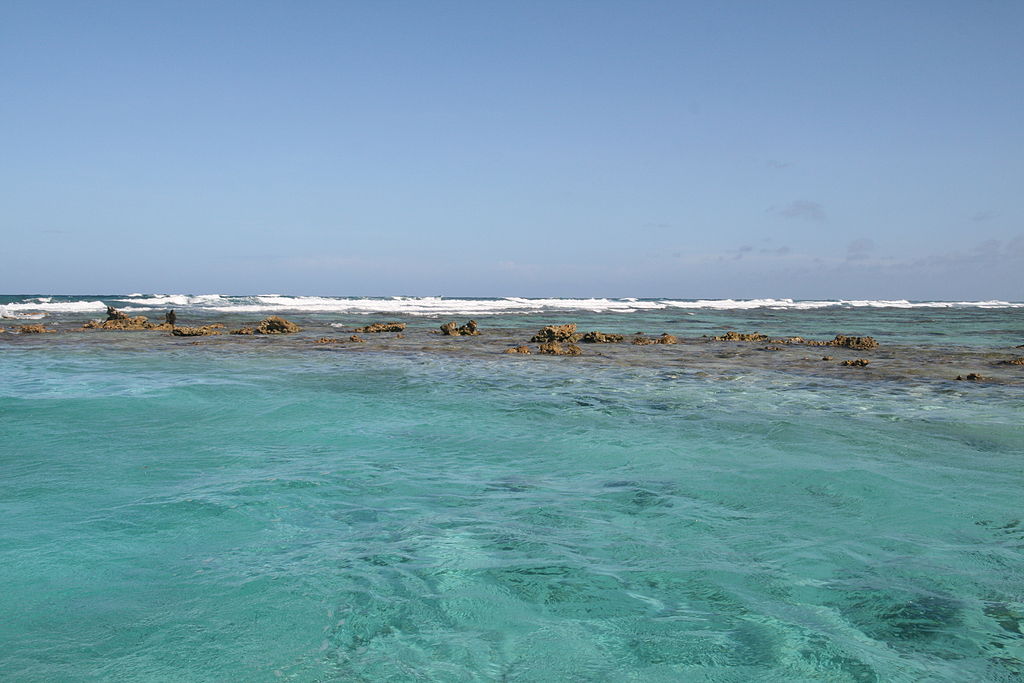 The Mesoamerican Reef is the largest barrier reef in the Western Hemisphere. The reef sustains over two million people living in the region, which spans the tip of Mexico’s Yucatan Peninsula through Belize, Guatemala, and Honduras. The combined effects of current anthropogenic stressors (e.g., pollution, overfishing) when coupled with climate change impacts such as sea level rise, increased seawater temperatures, and a reduction in calcium carbonate will have devastating consequences for the Mesoamerican Reef system. With funding from the U.S. Agency for International Development and the Summit and Oak Foundations, a number of stakeholders came together to conduct a vulnerability assessment of the reef system and develop a series of adaptation measures to increase the reef’s resilience to potential and actual impacts of climate change.

The Mesoamerican Reef (MAR), the largest reef system in the Western Hemisphere, extends along the Caribbean coasts of Mexico, Guatemala, Belize, and Honduras. The MAR is home to over 65 species of stony coral and over 500 species of fish. This important reef system experiences a number of anthropogenic stressors, ranging from overharvesting of fish populations to pollution and habitat degradation from coastal development and tourism. The system is also vulnerable to the effects of climate change.

In 2006, the MAR Program conducted a rapid reef assessment that aimed to identify resilient sites that could act as climate refugia in the event of extreme bleaching. A coral bleaching watch system was designed and implemented to act as an early warning system for bleaching events in the MAR. The early warning system employs a number of reef monitors who watch for signs of bleaching. Reef monitors range from MPA personnel to fisherman; if the reef monitors detect any bleaching, a rapid response team is deployed. The rapid response team documents the recovery or permanent loss of the bleached sites using a standardized bleaching monitoring protocol. Ten percent of all sites surveyed in the rapid assessment are revisited every 10 months to assess their resilience and resistance to bleaching. Data from the rapid reef assessment helped identify resilient reefs that can be used as climate refugia and can be incorporated into the network of conservation and management areas.

In 2006, the MAR Program partners also conducted an ecoregional assessment of the reef system. The partners used Conservation by Design, a process created by The Nature Conservancy, which works to identify conservation goals, set targets, and help select sites that match the goals. The process included a threat analysis and the development of a strategy, which aimed to both reduce the assessed threats and meet the outlined conservation goals. The assessment identified 31 key conservation areas, many of which are already protected under different designations; however, several gaps exist that should be targeted for conservation in order to create an ecologically connected network of 2.3 million hectares (8,880.4 square miles). An additional goal is to establish several no-take zones within the network in order to protect fish spawning aggregation sites.

The project identified the most resilient reefs that may act as climate refugia and will be targeted for further protection. The reef monitoring program that was set up increased the technical capacity of the region as well as the ability to monitor reef health within the MAR. The project engaged a large group of stakeholders, raised awareness in the region on climate change issues and adaptation strategies, and spurred a number of local adaptation projects. TNC continues to work with the governments of Mexico, Belize, Guatemala, and Honduras with the goal of creating the Mesoamerican Reef Agenda for Conservation and Adaptation for Climate Change.

Reef Resilience Profile on the MAR Project
Communities, Economy, and Reefs at Risk: The Mesoamerican Reef in Face of Clima…