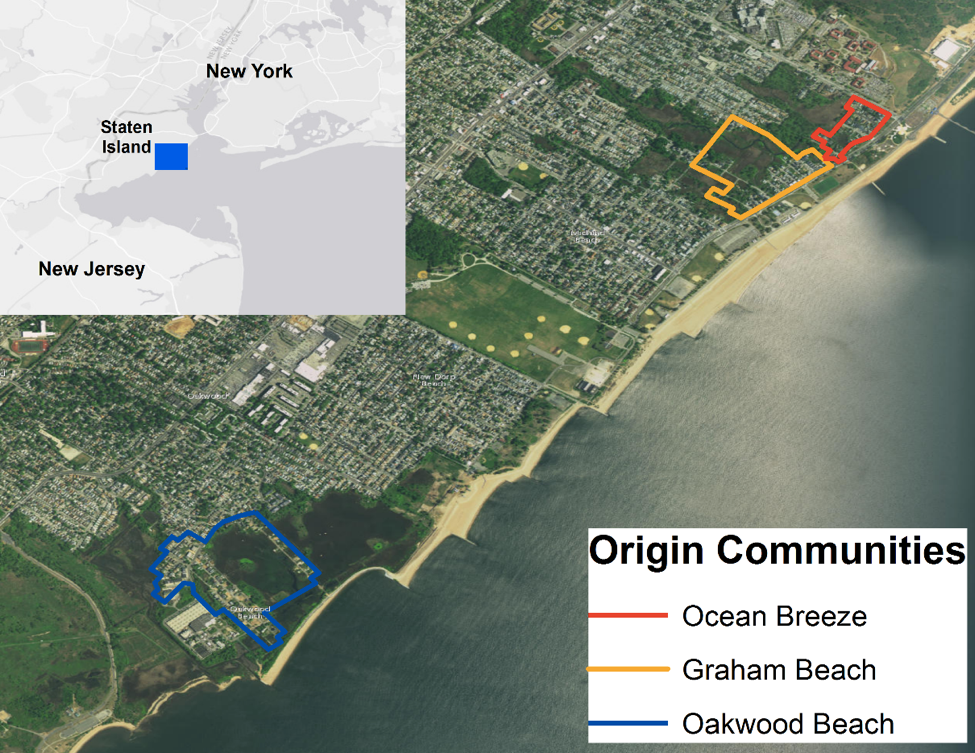 Location of buyouts in Staten Island.

An increasingly common post-disaster mitigation approach, home buyout programs are generally intended to reduce vulnerability to future disasters. However, to date, there has been virtually no quantitative evaluation of whether or not coastal buyout programs are successful in reducing vulnerability. Through a change in vulnerability analysis, this study quantifies the success of the Staten Island buyout program in reducing the nationwide vulnerability of people and property to coastal flood hazards. Results show an increase in overall vulnerability, which includes exposure and social vulnerability, for 99% of the buyout participants studied. Buyout participants tend to relocate within five miles of their origin addresses, move to areas with higher levels of poverty, higher population density and greater percentages of individuals over 65. This analysis concludes that significant uncertainty remains with respect to whether or not the Staten Island buyout program met its objective of reducing the vulnerability of people and property to coastal flood hazards.

Staten Island, one of New York City’s five boroughs, was shattered by Superstorm Sandy in late October of 2012. The 16-feet peak storm surge devastated the vulnerable, low-lying communities of Staten Island’s eastern and southern shores. In light of anticipated sea level rise and growing populations along the coasts, federally funded home buyout programs are often championed as an effective post-disaster mitigation approach. Buyout programs strive to move people and property out of vulnerable areas and maintain the acquired land in its natural state in perpetuity. However, before federally funded buyout programs are assumed to be our country’s solution to coastal vulnerability, their capacity to effectively reduce vulnerability should be evaluated.

The relocation patterns of 323 buyout participants from the Oakwood Beach, Graham Beach and Ocean Breeze communities of Staten Island were analyzed. This sample represents approximately 70% of all Staten Island program participants. Given the importance of sense of place and the relocation incentives offered by the state, it is unsurprising that 79% of buyout participants relocated within the five boroughs of New York City. Of the 18% of participants who moved out of state, the majority moved to coastal New Jersey and coastal Florida.

The exposure vulnerability analysis reveals that only two buyout participants relocated to an area more exposed than origin communities on Staten Island. However, because of the indicators chosen for this analysis, it is likely that exposure vulnerability is underestimated for both the origin and relocation addresses. Models that predict storm surge are not yet comprehensive and maps indicating flood zones may be grossly out of date, systematically underestimating the risk of coastal flood hazards. Further, 20% of the buyout program participants relocated to a census tract as exposed as the buyout areas in Staten Island.

It remains questionable whether or not the federally funded, 190 million dollar Staten Island buyout program met its objective of reducing the vulnerability of people and property to coastal flood hazards. As buyout programs are more frequently implemented to reduce vulnerability along the coasts of the United States, it is imperative that these programs meet their objectives. In order to develop effective buyout policies moving forward, it is critical that we understand whether or not programs to date have been successful. Further study of the efficacy of coastal buyout programs is warranted to inform the administration of inevitable widespread post-disaster coastal relocation initiatives. Strategic incentives may prove to be powerful tools in encouraging program participants to relocate to comparably less vulnerable places. 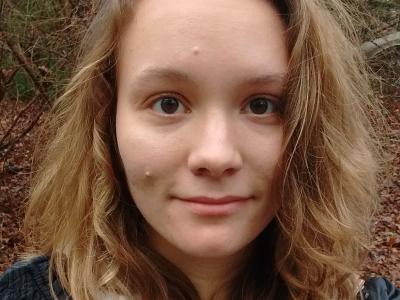 Nicholas School for the Environment at Duke University

The Nicholas School of the Environment is one of the world’s premier graduate and professional schools for the interdisciplinary study of the environment and the development of pathways for a sustainable future.Located in the heart of Duke University’s campus, the school functions as an intellectual hub, drawing input from all disciplines at Duke – law, business, policy, medicine, science, social science, engineeringand divinity – and extending that expertise to citizens, governments,industry and conservation organizations worldwide.Our mission is to find solutions to the environmental prob