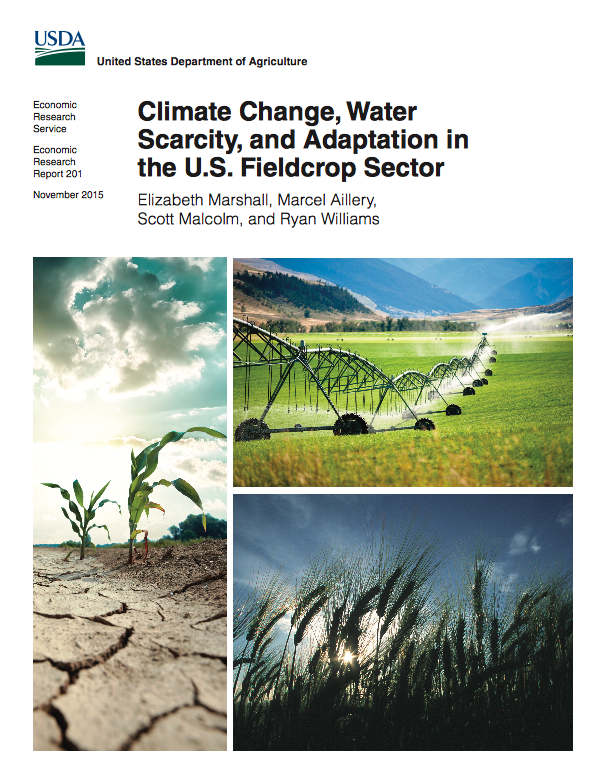 U.S. agriculture faces significant changes in local patterns of precipitation and temperature over the next century, with implications for regional water cycling and water availability. The effects of climate change on food production, farmer livelihoods, and consumer welfare will depend on the direction, magnitude, and rate of change in local weather conditions, as well as on the ability of the agricultural sector to adapt to changing yield and productivity patterns, production costs, and resource availability. Of particular interest is whether producer adaptation is limited, or even enhanced, by regional changes in water availability for irrigation. This analysis focuses on cropping allocations and shifts in irrigated and dryland crop area as two potential responses to climate change in U.S. fieldcrop production. Despite higher temperatures and much regional variation in production response, U.S. irrigated fieldcrop acreage and water used for irrigation tend to decline with long-term climate change. Driving the decline in water use are changes in crop growth due to temperature stress, changes in growing-season precipitation, and shifts in surface-water supply availability. Changes in the relative profitability of dryland and irrigated agriculture will increase irrigation demand in some major irrigated regions and reduce demand in others.