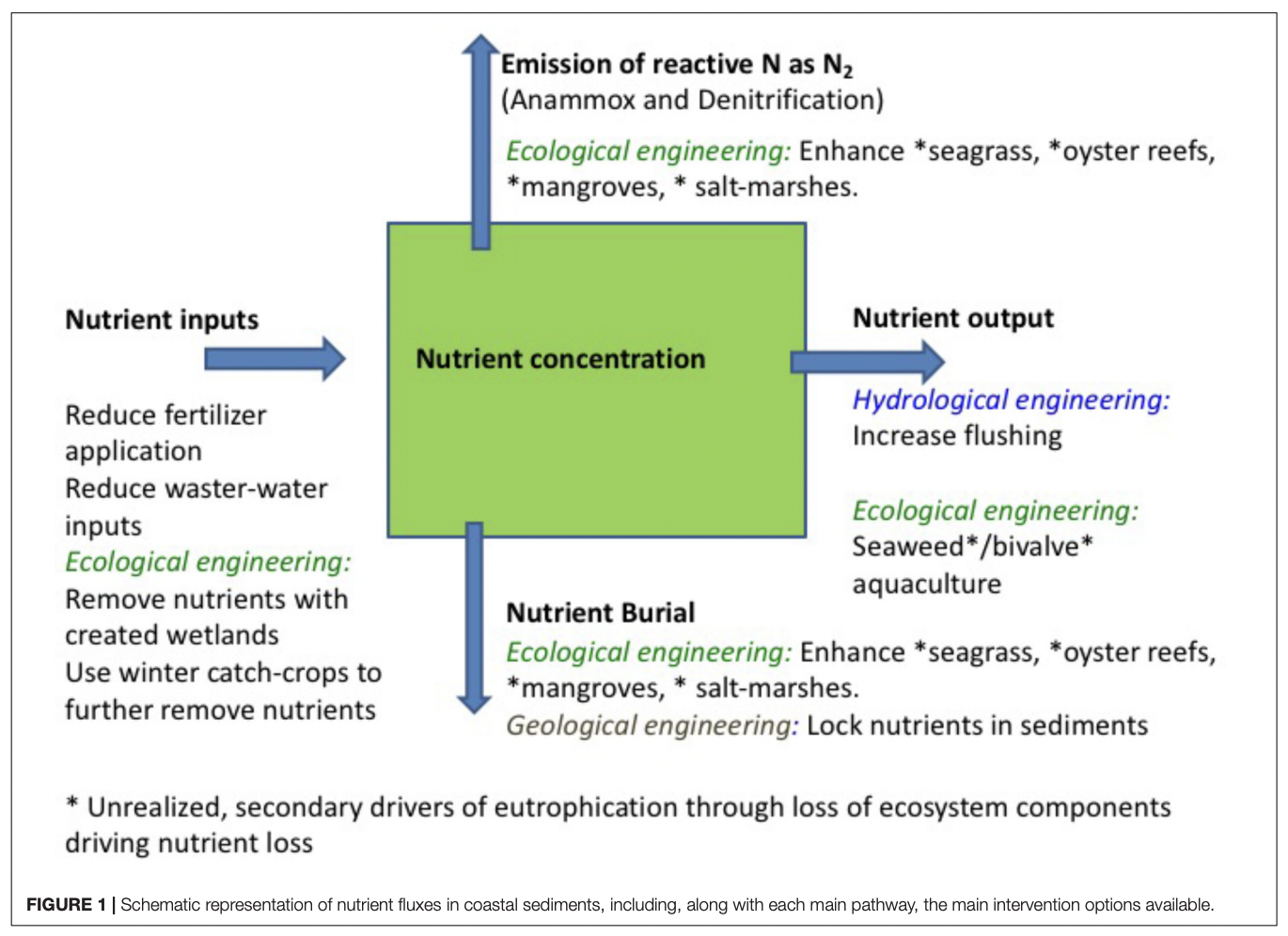 Here we argue that the time has arrived for a broader, more comprehensive approach to intervening to control eutrophication. Options for interventions include multiple levers controlling major pathways of nutrient budgets of coastal ecosystems, i.e., nutrient inputs, which is the intervention most commonly deployed, nutrient export, sequestration in sediments, and emissions of nitrogen to the atmosphere as N2 gas (denitrification). The levers involve local-scale hydrological engineering to increase flushing and nutrient export from (semi)enclosed coastal systems, ecological engineering such as sustainable aquaculture of seaweeds and mussels to enhance nutrient export and restoration of benthic habitats to increase sequestration in sediments as well as denitrification, and geo-engineering approaches including, with much precaution, aluminum injections in sediments.

These proposed supplementary management levers to reduce eutrophication involve ecosystem-scale intervention and should be complemented with policy actions to protect benthic ecosystem components.