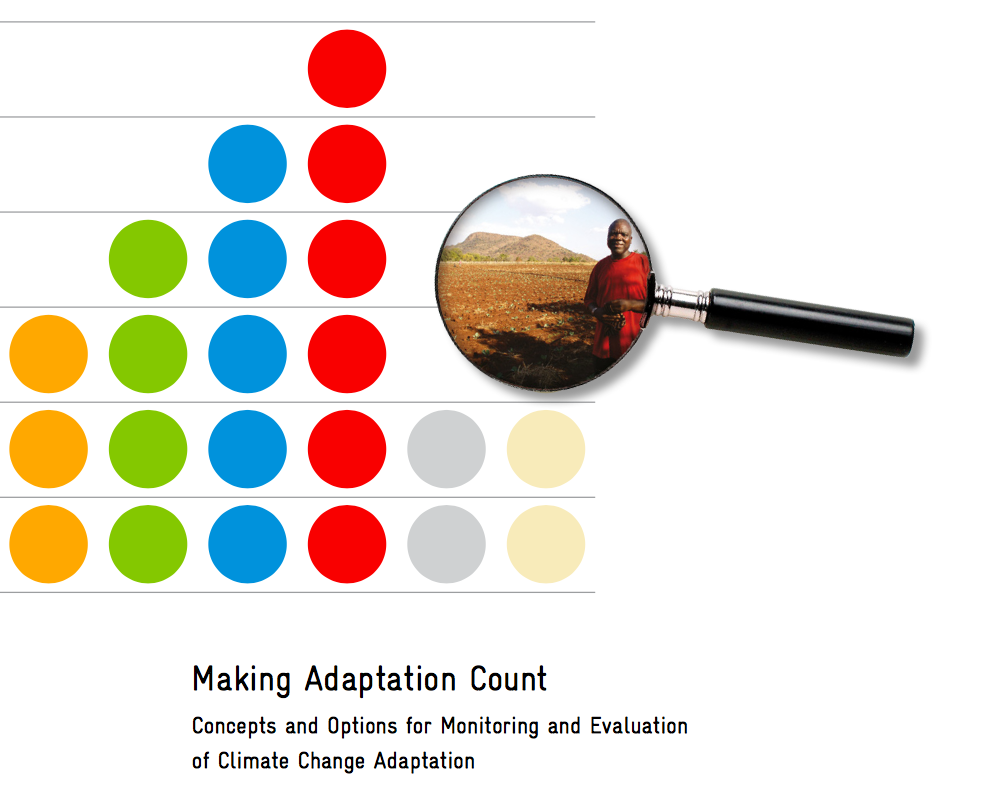 The impacts of climate change increasingly threaten the achievement of poverty reduction and other development objectives, including the 2015 Millennium Development Goals (MDG). Research suggests that impacts over the course of the 21st century, if unaddressed, could cause a 5–10 percent loss in global gross domestic product (GDP), with poor countries’ wealth declining in excess of 10 percent. Even more significant are the potential threats to human security – reduced agricultural production, heightened water scarcity, exposure to droughts, floods, storms, and diseases.

As developing country governments and their international partners grow increasingly aware of these threats, they are turning to options for adapting to climate change in the development context. However, the national, sectoral, and project-based adaptation plans and policies now emerging are largely in their infancy and relatively untested. Monitoring and evaluation (M&E) of such initiatives, as they are implemented across the developing world, will be critically important for judging their effectiveness and making decisions on which efforts to scale up as climate impacts intensify. Industrialized countries and donor agencies channeling billions of dollars into adaptation finance, including under the auspices of the United Nations Framework Convention on Climate Change (UNFCCC), will require such systems as an important dimension to the adaptation initiatives they support.

This report aims to provide adaptation and development practitioners with a practical framework for developing monitoring and evaluation systems that can track the success and failure of adaptation initiatives in the development context.