The Role of Conservation Programs in Drought Risk Adaptation 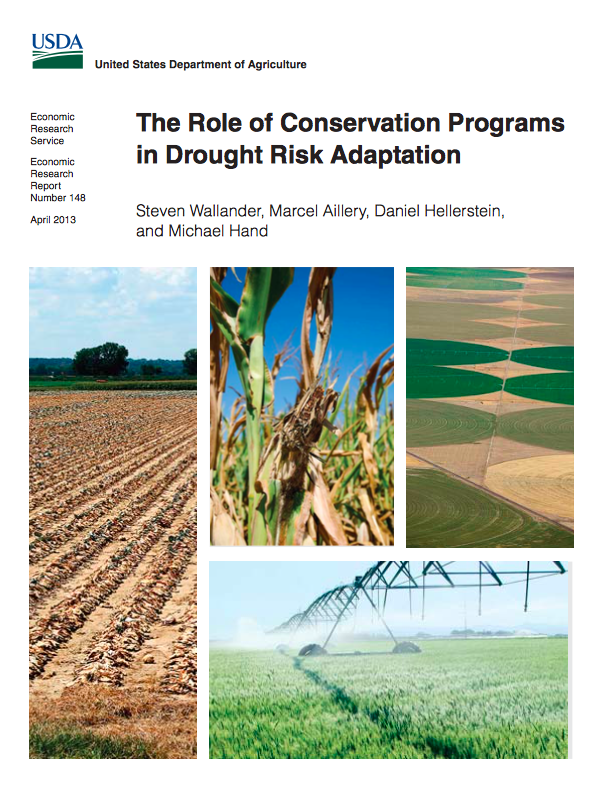 This report evaluates the extent to which farms facing higher levels of drought risk are more likely to participate in conservation programs, and finds a strong link between drought risk and program participation. Prior research has shown that climate-related risk exposure influences production decisions such as crop choice; our research shows that adaptation also includes program participation decisions. Programs like the Conservation Reserve Program and Environmental Quality Incentives Program play a role in drought preparedness and climate adaptation even if they do not directly target such behavior. Conservation program outcomes are influenced by regional differences in production risk, so participation choices due to drought risk can be an important consideration in designing such programs.