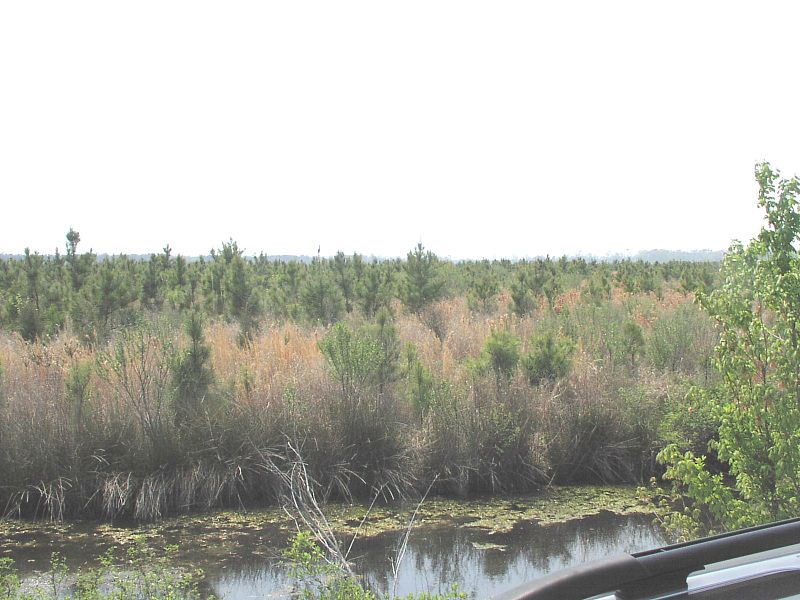 This image has been released into the public domain because it contains materials that originally came from the U.S. Department of Agriculture. No endorsement by licensor implied.

The Albemarle-Pamlico National Estuary Partnership (APNEP) works to identify, restore, and protect the significant resources of the Albemarle-Pamlico estuarine system. APNEP’s activities are focused on intergovernmental cooperation, public education and community engagement, and research. APNEP was one of six pilot programs to receive a technical assistance award in 2008 from the U.S. Environmental Protection Agency’s Climate Ready Estuaries Program. Seven public listening sessions were held in 2008 to discuss the combined impacts of sea level rise and population growth to the region; in addition, APNEP conducted a study to better understand local policy makers’ beliefs and decisions regarding sea level rise.

The Albemarle-Pamlico system is extremely vulnerable to sea level rise. Barriers islands such as the Outer Banks are also at risk from shoreline erosion and storm surges. APNEP communicated these risks to the public and policymakers through public listening sessions and direct interactions with policymakers. APNEP and the Albemarle-Pamlico Conservation and Communities Collaborative hosted seven public listening sessions throughout the region in summer 2008. Residents came to voice concerns about sea level rise and population growth and discuss potential solutions. APNEP also partnered with the Nicholas Institute for Environmental Policy Solutions at Duke University to interview local and state elected officials about climate change issues and actions.

Over 100 residents attended the listening sessions held in communities on the coastal plain of North Carolina, including Washington, Engelhard, Columbia, Elizabeth City, Edenton, New Bern, and Manteo through July and August 2008. These communities were selected for their vulnerability to sea level rise and their diverse populations and landscapes. The goals for these sessions were to:

Participants for the sessions were recruited through mailed flyers, local media coverage, and direct invitations. The suggestions offered ranged from using natural or engineered shoreline protection measures (e.g., oyster reef buffers vs. bulkheads), incorporating future sea level rise projections into floodplain maps and zoning restrictions to discourage building in low-lying areas, employing stronger regulations to limit shoreline development in high risk areas, and educating the public and local policy makers on climate change impacts. Education was the most commonly suggested solution from all of the sessions. Overall, the attendees expressed that while it is primarily the responsibility of the government to implement adaptation strategies, there is a general lack of confidence that the government will address the impacts of sea level rise.

Another component of this project was a collaboration with the Nicholas Institute for Environmental Policy Solutions to directly engage with local policy makers. Nicholas Institute interviews measured local officials’ understanding of climate change issues and identified the actions they are taking to address these challenges. Results of these interviews found that not all officials in the area are convinced of the importance of sea level rise, and that communities’ primary concern regarding sea level rise was a lack of information. Recommendations from this study included improved sea level rise mapping and groundwater modeling programs in partnerships with the state Department of Water Resources.

The findings from the listening sessions and the interviews have greatly informed the outreach work of APNEP. In 2012, following the completion of the Climate Ready Estuaries project, APNEP produced a Comprehensive Conservation and Management Plan that identified priorities for climate change and sea level rise initiatives, such as reliable climate tools and models to inform decision-making, and targeted outreach and assistance to both community members and local officials to support the integration of climate change into local planning efforts. In June 2020, APNEP launched a partnership with the North Carolina Commission of Indian Affairs to support regional Tribal communities in climate resilience planning for regional water and natural resources.

APNEP also participated in the North Carolina Department of Environmental Quality’s (NCDEQ) Natural and Working Lands Stakeholder Group, and supported the development of a series of coastal resilience workshops. These activities were conducted to support the creation of the 2020 North Carolina Climate Risk Assessment and Resilience Plan, as required by North Carolina Executive Order 80.

The Albemarle-Pamlico National Estuary Program (APNEP) works to identify, restore, and protect the significant resources of the Albemarle-Pamlico estuarine system. APNEP’s activities are focused around intergovernmental cooperation, and workshops and public forums to educate and engage stakeholders. 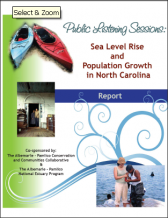