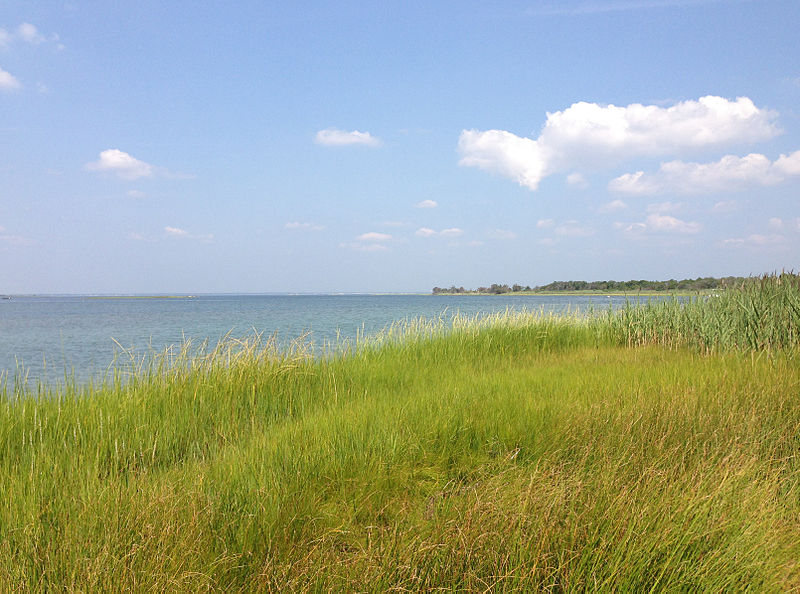 The Barnegat Bay Partnership (BBP) was one of the first recipients of a grant from the U.S. Environmental Protection Agency’s Climate Ready Estuaries Program. BBP has used this and other funding to undertake several climate adaptation initiatives led by a stakeholder working group. These efforts include the convening of public listening sessions and workshops on climate change, providing technical assistance to regional partners, coordinating with other climate-related efforts in the state, and working on potential adaptation plans with input from stakeholders.

The Barnegat Bay estuary, located in New Jersey, is currently experiencing a rate of sea level rise that is significantly higher than the global average, with an expected increase between 7–16 inches from 2000 to 2030. Rising sea levels increase the likelihood of flooding, loss of tidal wetlands, and significant damage to barrier islands that protect the coastline. To begin preparing for these changes, BBP created a Climate Change Workgroup in the summer of 2009 to provide technical support and peer review for the program’s adaptation activities. The group was charged with:

BBP first received financial and technical assistance in 2009 through the Climate Ready Estuaries Program to support research, planning, and outreach activities. The program began the following year with project leads soliciting input through a series of public listening sessions and a technical workshop on climate change impacts and adaptation. The workshop, Preparing Your Communities in the Face of a Changing Climate: Starting the Dialogue, was held in February 2010 for coastal resource managers, policymakers, and scientists to exchange information on actual and projected climate change impacts to the estuary and potential adaptation strategies. The workshop was co-sponsored by the Jacques Cousteau National Estuarine Research Reserve, The Urban Coast Institute, and the New Jersey Department of Environmental Protection’s Coastal Management Program.

Building upon the 2010 workshop, project leads helped in the development of several critical reports for the region. First, BBP funded an economic study, which determined that the annual economic value of the Bay and its associated water resources is over $4 billion dollars, with ecosystem goods and services contributing about $2.3 billion to that total. The purpose of this report was to show the value of investment in ecosystem health and restoration efforts. Following this publication, BBP partnered with Rutgers University in 2013 to highlight the economic vulnerability of Barnegat Bay to climate change. The study notes that the impacts of climate change in the region are prevalent, but looking towards the future, the most at-risk assets include beaches and marshes; roads, bridges, and waterfront properties; and groups of people including local fisherman, low-income homeowners, and small businesses and their employees. Suggested activities include offshore armoring, beach replenishment, wetland restoration, and climate-informed holistic land-use planning.

In 2014, the BBP provided Ocean County with technical assistance to develop a hazard mitigation plan. The county has been subjected to over 25 disaster declarations in the past few decades due to flooding, coastal storms, and wildfires. The plan presents detailed maps of sea level rise scenarios and indicates vulnerable areas where coastal inundation is likely to occur.

In 2018, the BBP conducted a vulnerability assessment to evaluate the potential impacts of climate change on the goals and objectives of the Comprehensive Conservation and Management Plan for Barnegat Bay. Experts evaluated how climate change may affect and potentially inhibit the implementation of actions related to water quality, water supply, living resources, and land use, and where necessary recommended additional actions. For example, promoting water supply protection, conserving sensitive habitats, and protecting upland areas for wetland migration.

The BBP’s efforts to create and expand climate change adaptation in the estuary are underway, and each initiative BBP supports helps to build a foundation for a regional adaptation strategy. The BBP also participates in statewide initiatives such as the New Jersey Climate Change Alliance and the New Jersey Coastal Resilience Collaborative, conducts monitoring of ocean acidification and species abundance (e.g., juvenile American eels) in response to shifting ocean conditions, and funds oyster reef restoration efforts.

The Barnegat Bay Partnership (formerly the Barnegat Bay National Estuary Program) is one of 28 designated National Estuary Programs throughout the United States working to improve the health of nationally significant estuaries. The program is sponsored by the United States Environmental Protection Agency, the Ocean County Board of Chosen Freeholders, and Ocean County College.