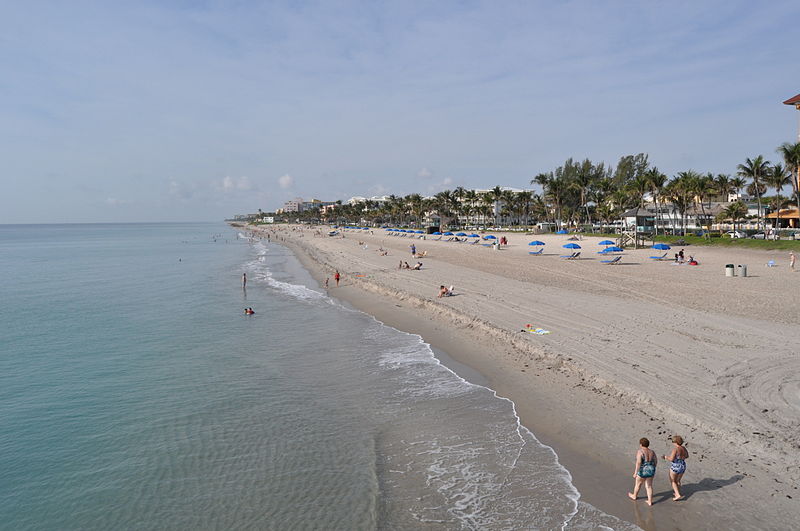 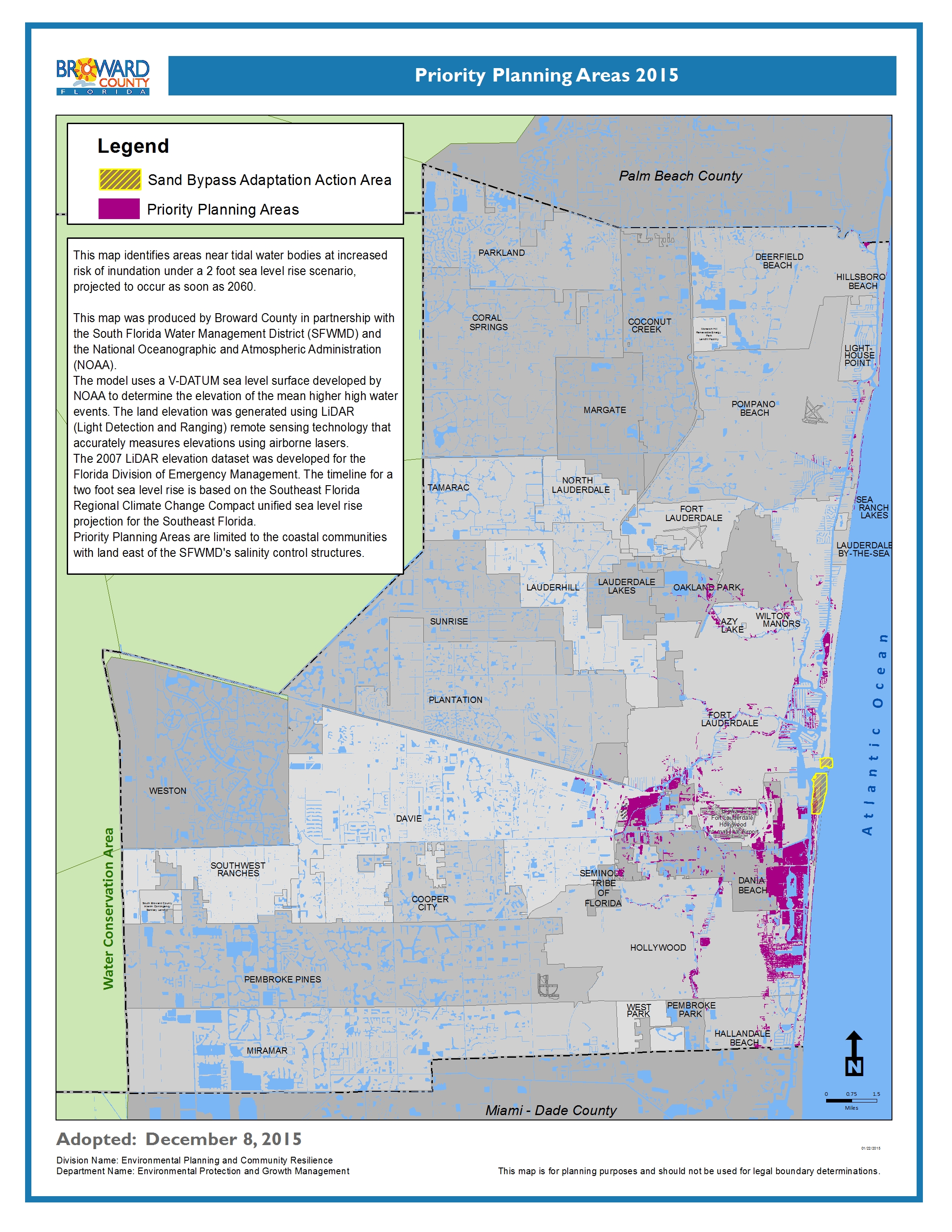 Photo attributed to Juliancolton. This work has been released into the public domain by its author. No endorsement by licensor implied.

In February 2013, the Broward County Board of Commissioners added a Climate Change Element (CCE) to the county’s comprehensive plan with the goal of creating a framework to reflect environmental and socioeconomic factors related to climate change. The CCE is organized around eight themes: (1) addressing greenhouse gas emission reduction, (2) interagency coordination, (3) emergency preparedness, (4) social considerations, and (5-8) protection and adaptation of transportation, the built environment, natural systems, and water resources and services. Under each theme is a specific objective and a number of polices aimed at achieving that objective. Policy 19.3.13 of the CCE mandates that the county work with local municipalities to designate Adaptation Action Areas (AAAs) defined by Florida Statue 163.3177(6)(g)10 as “coastal zones that are experiencing coastal flooding due to extreme high tides and storm surge, and are vulnerable to the impacts of rising sea level.” Designation of AAAs helps counties prioritize funding for adaptation planning and investment. While Florida amended state law in 2012 to define AAAs and suggest them as an optional component of local comprehensive plans, Broward County is the first to take advantage of this new planning tool. State law defines AAAs primarily based on sea level rise vulnerability or previous designation as storm surge evacuation zones, and suggests that counties adopting AAAs consider policies to increase resilience to coastal flooding. The Climate Change Element won a 2013 Merit Award from the Florida Chapter of the American Planning Association.