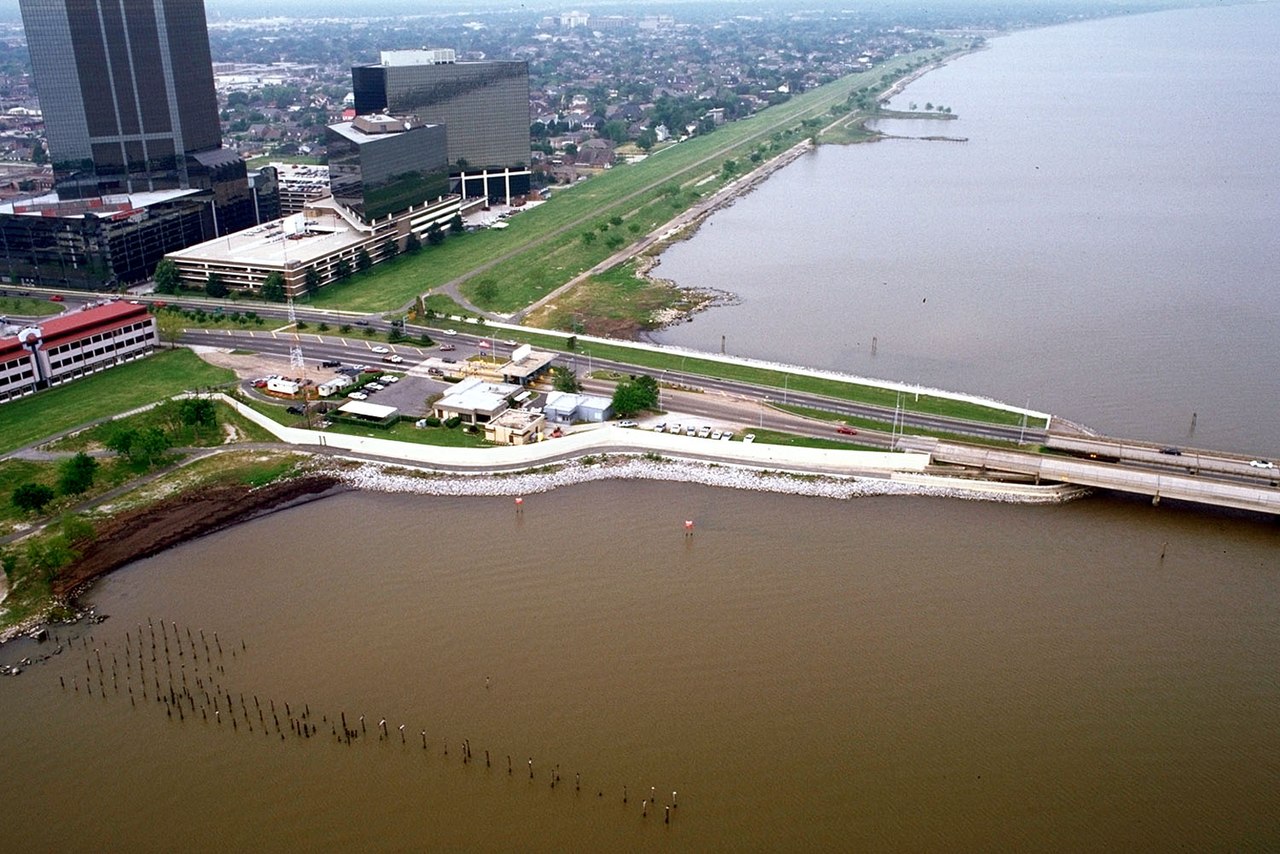 The Multiple Lines of Defense Strategy (MLDS) and the Comprehensive Habitat Management Plan (CHMP) are part of a larger effort to address sea level rise and flooding issues in coastal Louisiana. Initiated by observations of rising sea levels near Lake Pontchartrain in the early 2000s, the effort was accelerated after the catastrophic flooding impacts in New Orleans from Hurricanes Katrina and Rita in 2005. This area experiences a high erosion rate, resulting in the loss of 25–35 square miles of wetlands per year. In addition, past land-use and management practices have destroyed a significant portion of natural buffering features along the coast.

In 2006, the Pontchartrain Conservancy developed the MLDS, which describes landscape features that reduce the risk of damage from storm surge. The MLDS uses natural coastal features, such as barrier islands, marshes, and ridges, in concert with built features such as levees, to protect the Greater New Orleans area and the entire Louisiana coast from hurricane-induced flooding.

To create the MLDS, researchers incorporated sea level rise projections as well as land subsidence rates with several future climate scenarios to quantify flood risk over the coastal landscape. The process involved mathematical modeling to consider how potential projects would generate new wetlands and buffer hurricane impacts; costs and cost-effectiveness were also considered to yield a portfolio of projects that likely to yield the best outcomes. Coastal decision-makers then reviewed the modeling outputs and considered additional economic and social factors.

The MLDS incorporates 11 lines of defense that help to reduce risk and protect communities from storm surge, including five types of natural defenses and six types of built (human-made) defenses. These 11 lines of defense span saltwater, wetland, and freshwater habitats as well as ridges, uplands, and cities. From the ocean to upland areas, these features include offshore shelf, barrier island, sound, marsh landbridge, natural ridge, highway, flood gate, internal water management, elevated building, and evacuation route. The natural lines of defense generally protect the human-made lines of defense, which in turn protect people, communities, infrastructure, and economies. Many of the natural lines of defense are disappearing in southeastern Louisiana due to coastal erosion and sea level rise, prompting the need for protection, restoration, and monitoring of these natural features. In addition, some coastal infrastructure that serves as lines of defense is also in need of repair or replacement.

The Pontchartrain Conservancy is working with multiple stakeholders to implement the MLDS process, including state and federal agencies, nongovernmental organizations, and local parishes. The ultimate goal is to fund projects that protect and restore natural lines of defense and strengthen human-made structures to withstand impacts from a 100-year storm. In some cases, the Pontchartrain Conservancy must educate stakeholders around the context within which the MLDS provides the most benefit. For example, building new ridges under the guise of MLDS without modeling their impact may destroy natural systems and change ecosystem function.

The Pontchartrain Conservancy also completed a U.S. EPA-supported Comprehensive Habitat Assessment Plan (CHMP) that highlights ten focus areas where implementing the MLDS would provide the most benefit. The CHMP provides general guidance as well as specific actions deemed appropriate to best restore and conserve the natural habitats of the Pontchartrain Basin within a 50- to 100-year time frame. In the current Master Plan, 100 to 150 projects are being evaluated, with the goal of spending $50 billion over 50 years on flood control and coastal restoration projects. One example project in the Lake Pontchartrain area is the reestablishment of a ridge that crosses a marsh,  restoring its function as a barrier to tidal flow and increasing estuarine salinity.

The MLDS has been adopted by state agencies and included in a comprehensive coastal planning process to help prioritize and fund projects. The State of Louisiana Comprehensive Master Plan for a Sustainable Coast fully embraced MLDS as a solution, with the U.S. Army Corps of Engineers funding wetland reclamation projects to support state efforts. Implementation is ongoing, with coastal resilience-building funding expected to continue for the next 50 years along the Louisiana coast. In recent years, the initiative has received interest for its adaptation actions by the social justice movement, given the overlap of high flooding risk, high social vulnerability, and low-income neighborhoods. Going forward, the state and U.S. Army Corps of Engineers are working on ways to evaluate the effectiveness of restoration and protection efforts to decrease storm impacts.