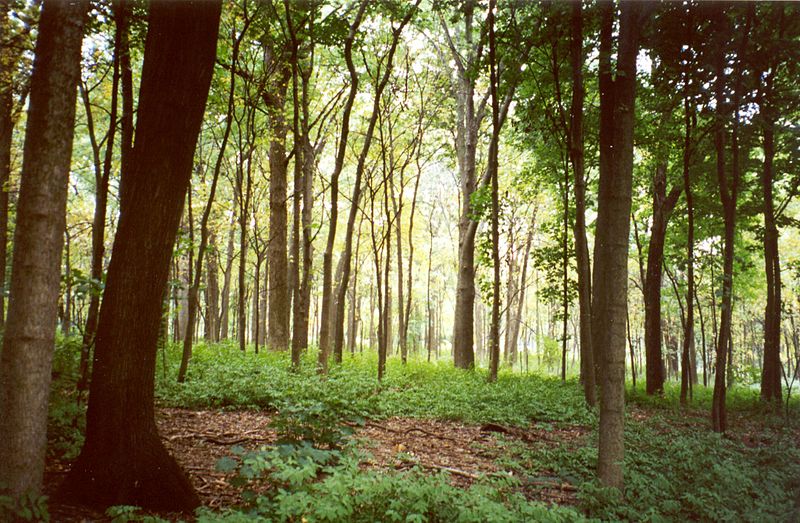 In 2010, Chicago Wilderness released its Climate Action Plan for Nature, a strategy to help conserve regional biodiversity in a changing climate. This report is the culmination of the efforts of a collaborative team composed of the Chicago Wilderness alliance’s 37-member Climate Change Task Force, scientific experts, and large conservation groups. The report outlines three key strategies to prepare for climate change – mitigation, adaptation, and education – and associated benchmark goals to support biodiversity in the greater Chicago Wilderness area.

The Chicago Wilderness region is located adjacent to the southern shores of Lake Michigan and spans across the southeast of Wisconsin, northeast of Illinois, northwest of Indiana, and southwest of Michigan. Throughout its 370,000 acres, landscapes are varied and include prairies, wooded communities, wetlands, and metropolitan cities that are home to thousands of native plants and animals.

Established in 1996, the Chicago Wilderness alliance is a regional network of more than 250 organizations that are committed to protecting and restoring the Chicago Wilderness Region.  Members of the alliance include local, state, and federal agencies, conservation organizations, cultural and education institutions, volunteer groups, municipalities, corporations, and faith-based groups. The alliance has helped to create and chair the Metropolitan Greenspaces Alliance – a national network of urban conservation coalitions developed to share new strategies and lessons learned across major metropolitan areas.

The alliance has four key initiatives that direct their efforts:

Their goal is to develop an interconnected network of lands and waterways capable of supporting the natural and metropolitan landscapes of the region. With more than $13 million in federal funds and more than $1 million in corporate funds, Chicago Wilderness has implemented more than 500 collaborative projects to help restore and manage the region.

In 2007, the Chicago Wilderness Executive Council listed climate change as one of its long-term priorities and established the Climate Change Task Force to develop recommendations on how to address potential impacts on the region. In 2008, Chicago Wilderness produced the paper, Climate Change and Regional Biodiversity, a synthesis of projected local impacts expected in a changing climate. Of particular concern was the projected loss of suitable habitat for some species, shifts in temperature regimes, an increased threat of invasive plants and animals and other pathogens, changing water levels of Lake Michigan, and changes in phenology. As such, efforts needed to be made to improve the health of the region’s natural areas and make them more resilient to changes in climate.

In the Climate Action Plan for Nature, three priority actions were identified – mitigation, adaptation, and engagement. In the official report, each priority strategy is accompanied by supporting goals and actions as well as the entity responsible to oversee its success. Some of the strategies are briefly outlined below:

The Chicago Wilderness alliance’s goal was to generate regional momentum and spur climate change adaptation efforts and awareness. Despite enthusiasm for the project, the alliance was limited in some ways because it lacked a dedicated staff person and funding sources were inconsistent.

The Chicago Wilderness has also been selected to help develop the Upper Midwest and Great Lakes Landscape Conservation Cooperative (LCC). LCCs are landscape-scale partnerships designed to enhance organizational capacity to integrate science, resource management, and conservation goals. The Upper Midwest and Great Lakes LCC works to research and protect regional habitats and species from the impacts of climate change and serves as a venue for members to share knowledge and apply the best available science to protect, restore, and manage areas such as the Chicago Wilderness region in a changing climate.

Information gathered from publications and other resources. Last updated June 2013.

Chicago Wilderness is a regional alliance that connects people and nature. We are more than 250 organizations that work together to restore local nature and improve the quality of life for all who live here, by protecting the lands and waters on which we all depend. Our four key initiatives reflect our commitment to using science and emerging knowledge, a collaborative approach to conservation, and a caring for both people and nature, to benefit all the region’s residents.