The City of Toronto’s Climate Change Adaptation Strategy: From Development to Implementation 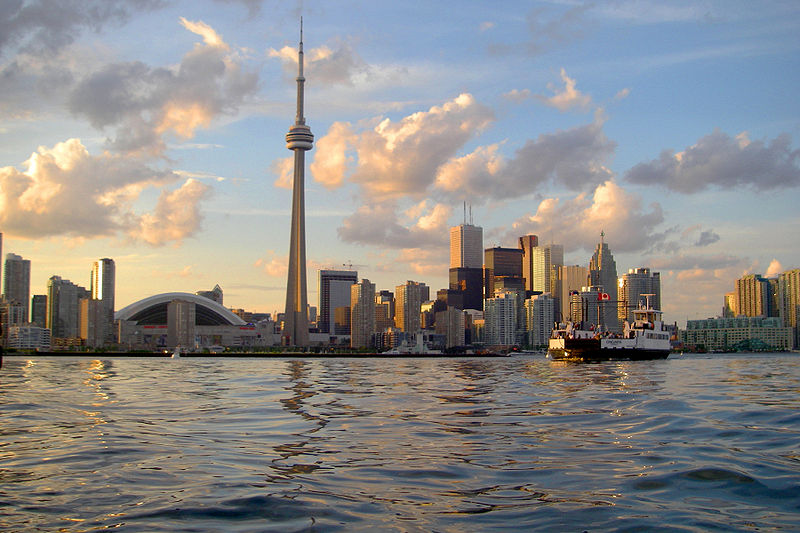 Like many cities in the Great Lakes region, Toronto is already experiencing the impacts and consequences of climate change. To better prepare for the future, the City of Toronto created a comprehensive climate change adaptation strategy in 2008. The development and implementation process of the adaptation strategy is well cataloged in subsequent reports and other documents. As of 2011, the City of Toronto has actively implemented 76 programs or projects designed to help Toronto adapt to climate change.

Toronto is the largest city in Canada and the provincial capital of Ontario. It is located on the northwestern shore of Lake Ontario and has over 2.6 million residents. Toronto roughly covers an area of 630 square kilometers and has a 46 kilometer-long waterfront shoreline.  Three rivers intersect in the city: the Humber River, the Don River, and the Rouge River. Toronto is a major international center for business and finance and plays an important role in the global economy.

Climate change is expected to have adverse impacts on Toronto. Scientists expect that the city will become more vulnerable to extreme heat, floods, droughts, and pests, and experience increased human health concerns. Toronto Public Health predicts that the number of heat-related deaths will double by 2050 and triple by 2080 due to climate change.  Further, the city is expecting to experience warmer winters, which will increase survivorship of insect pests such as the pine beetle and alter winter melt off magnitude, patterns, and timing. Precipitation is expected to increase and extreme weather will be experienced more frequently.

Toronto was one of the first cities in Canada to begin to prepare for climate change. For example, in 1999 Toronto Public Health developed a Heath Health Alert system to help warn residents of heat waves. Multiple initiatives were produced to reduce Toronto’s vulnerability to climate change from 1999-2007. In March 2007, the report Change is in the Air was released to the public; it contained 27 skeleton potential climate change actions for public comment. In July 2007, the Toronto City Council unanimously adopted a comprehensive climate change adaptation strategy and committed over $1 billion to implement the Climate Change, Clean Air and Sustainable Energy Action Plan (Climate Change Action Plan) over the course of five years. The Climate Change Action Plan was considered to be one of the top priorities of the Mayor.

Six internal core groups were invited to participate in the development of the Climate Change Action Plan: the Mayor’s office, City Council’s Parks and Environment Committee, the Executive Environment Team, the Toronto Environment Office, the Adaptation Steering Group, and the Adaptation Core Group. An external committee of regional experts was formed and two external organizations were invited to be involved: the Clean Air Partnership and the Institute for Catastrophic Loss Reduction. The city’s overall strategy was to focus on activities that reduce greenhouse gas emissions and help prepare for climate change.

The City of Toronto has committed to reducing emissions by six percent by 2010, 30% by 2020, and 80% by 2050. Funded projects were designed to reduce the city’s greenhouse gas emissions and support sustainable development; example projects include:

The report, Ahead of the Storm, suggests two concurrent types of activities for the city to implement, one focusing on issues that can be handled with short-term actions versus those that need longer term attention and planning. In the report, each short-term adaptation action is categorized by anticipated benefits and city group(s) responsible for implementation. In 2008, sixteen of the 36 short-term climate adaptation actions had the financial resources to begin implementation. Actions varied from developing future climate prediction models to reviewing urban flooding issues to green development projects.

To develop a longer term, comprehensive climate change strategy, the report suggests a nine-step process and also includes recommended actions. In short, the suggested process is to:

On May 21st, 2008, the Climate Change Committee endorsed a Staff Report “Climate Adaptation Strategy” based on Ahead of the Storm. The adaptation strategy was later unanimously approved by the City Council on July 15, 2008.

Following the successful development and approval of Ahead of the Storm, the Ontario Ministry of the Environment provided funds in 2008 to the Clean Air Partnership to develop a report on the ‘lessons learned’ from the development of Toronto’s Climate Change Action Plan. The report, Climate Change Adaptation in the City of Toronto: Lessons for Great Lakes Communities, is designed to serve as a resource for other Great Lakes communities that are considering creating their own climate change adaptation strategy. It reviews the process the City of Toronto went through to create its adaptation strategy, the major features of the adaptation strategy, provides a case study of how climate change adaptation has altered stormwater management, and concludes with 19 lessons learned (Penney 2008).

In April 2011, the City of Toronto Environment Office released a summary of all the projects and programs that Toronto has implemented to support climate change adaptation.  The table provides a list of 76 programs or actions, descriptions, and the lead agency or group responsible for implementation. Many of the actions have hyperlinks that provide more detailed information about specific projects or programs.

The Toronto Environment Office (TEO) addresses the environmental priorities of the community and the corporation by: supporting the growth of Toronto's green economy; providing research and policy expertise; establishing and leveraging policy and program partnerships with internal and external stakeholders including City ABCCDs, other orders of government, ENGOs and businesses; and delivering tools and resources to engage Toronto residents and businesses in adopting sustainable lifestyles and business practices.