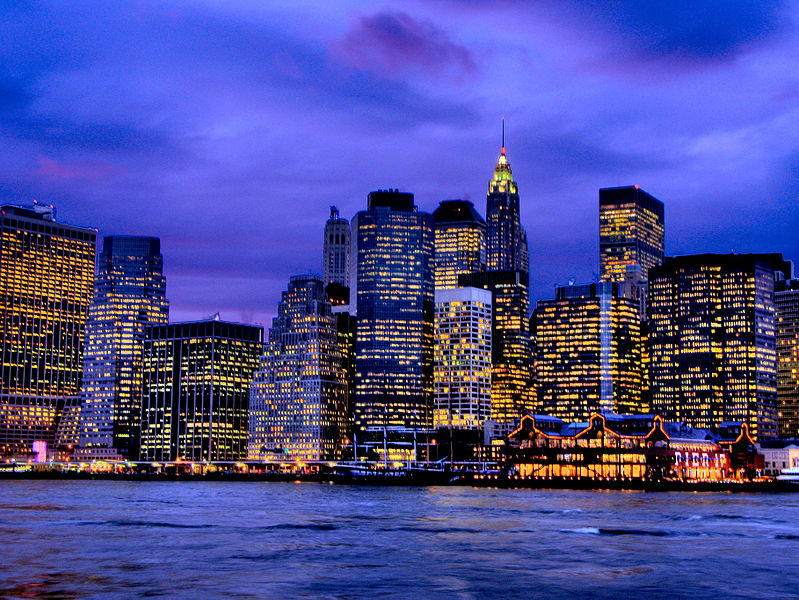 The New York State Energy Research and Development Authority (NYSERDA) is engaged in both climate change mitigation and adaptation efforts. The ClimAID project assessed both climate change impacts and adaptation options for the state. Project researchers downscaled climate projections for different regions of New York in order to identify likely impacts; in addition, the team developed adaptation strategies and recommendations for action, which were released in the 2011 report, Responding to Climate Change in New York State: The ClimAID Integrated Assessment for Effective Climate Change Adaptation. The ClimAID report was revised in 2014 with updated climate projections, and NYSERDA’s Environmental Research Program is in the midst of updating its comprehensive plan to include more components on climate change.

NYSERDA’s Environmental Research Program (ERP; formerly the Environmental Monitoring, Evaluation, and Protection Program or EMEP) develops research plans that guide agency efforts. Climate change was added as a topic under the purview of ERP in its 2007 strategic plan. External experts were brought in to help ERP staff determine priorities for projects focused on climate change; from these discussions, two urgent priorities were identified—development of greenhouse gas mitigation strategies and an assessment of climate impacts and adaptation options. ERP released a solicitation seeking proposals to address these needs. A proposal submitted by Columbia University, Cornell University, and the City University of New York (CUNY) was funded by NYSERDA in 2008 to fulfill the impacts and adaptation assessment component. This project—ClimAID—was led by Cynthia Rosenzweig (Columbia University, NASA Goddard Institute for Space Studies), Arthur DeGaetano (Cornell University, Northeast Regional Climate Center), and William Solecki (CUNY Institute for Sustainable Cities), and managed by Amanda Stevens at NYSERDA. The larger project team included more than 50 academic researchers.

ClimAID was an impacts and adaptation assessment for the entire state. Working closely with stakeholders and coordinating with existing initiatives, such as the New York State Sea Level Rise Task Force, New York City’s Climate Change Adaptation Task Force and Panel on Climate Change, and Rising Waters, the project team examined five themes (Climate, Vulnerability, Adaptation, Equity and Environmental Justice, and Economics) across eight sectors (water resources, coastal zones, ecosystems, agriculture, energy, transportation, telecommunications, and public health). Although a statewide assessment, ClimAID considered the diversity of New York State and that such diversity may result in some variation in impacts and adaptive capacity in different regions of the state.

The project researchers divided by expertise into eight sector teams. Each sector was tasked with examining the five major themes as they related to their sector:

The project also included a team of researchers for each theme, who made specific contributions to each of the eight sectors and ensured consistency across the sectors:

Each sector also included one or more case studies, each of which explored a particular aspect of the sector in more detail.

To ensure that the project results would be relevant to those making real-world decisions, several steps were taken to incorporate input from stakeholders intimately involved with each of the sectors. NYSERDA convened a Project Advisory Committee (PAC) at the start of the project, composed of experts in climate change and the sectors. The PAC met several times throughout the project to review draft materials and provide input to the project direction as a whole.

Each of the eight sectors also convened their own groups of stakeholders. These stakeholder groups were composed of individuals from public, private, and nonprofit organizations with knowledge and experience in that sector, providing each sector with input and feedback throughout the process.

All of the research and recommendations were incorporated into the 2011 report, Responding to Climate Change in New York State: The ClimAID Integrated Assessment for Effective Climate Change Adaptation.

The ClimAID report served as the scientific basis for the climate science and adaptation portions of the 2010 Interim Report of the New York State Climate Action Plan. The project team engaged in outreach in order to get the ClimAID information to both the people who are most affected and those who have the capacity to take action. The report received extensive press when it was released, and several conferences and workshops have since been held focusing on the project results and next steps.

ClimAID was a first step in helping New York State prepare for the impacts of climate change. To continue the effort, NYSERDA releases solicitations for proposals for adaptation research in order to fill some of the knowledge gaps identified in both ClimAID and the 2010 Interim Report of the Climate Action Plan. In 2014, ClimAID was revised to include updated climate projections. ERP is currently working on an update to the NYSERDA comprehensive research plan for the state; in 2019, a section focused on climate change adaptation was released, detailing key adaptation research themes and priorities related to equity and vulnerable populations, communities, agriculture, coastal zones, energy, inland water resources, public health, transportation, and buildings.

Throughout their efforts, NYSERDA’s framing of climate change adaptation has been primarily focused on climate-smart planning. They are conscious of messaging when talking to different groups, especially with regards to focusing outreach on distilling information to local communities and providing science-based guidance to individuals, agencies, and organizations looking to incorporate climate change considerations into existing practices, policies, and programs.

New York State Energy Research and Development Authority (NYSERDA) is a public benefit corporation created in 1975 under Article 8, Title 9 of the State Public Authorities Law through the reconstitution of the New York State Atomic and Space Development Authority. NYSERDA’s earliest efforts focused solely on research and development with the goal of reducing the State’s petroleum consumption. Today, NYSERDA’s aim is to help New York meet its energy goals: reducing energy consumption, promoting the use of renewable energy sources, and protecting the environment. 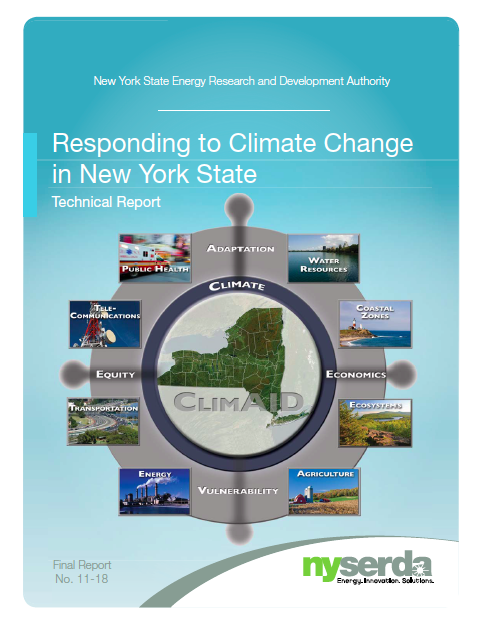