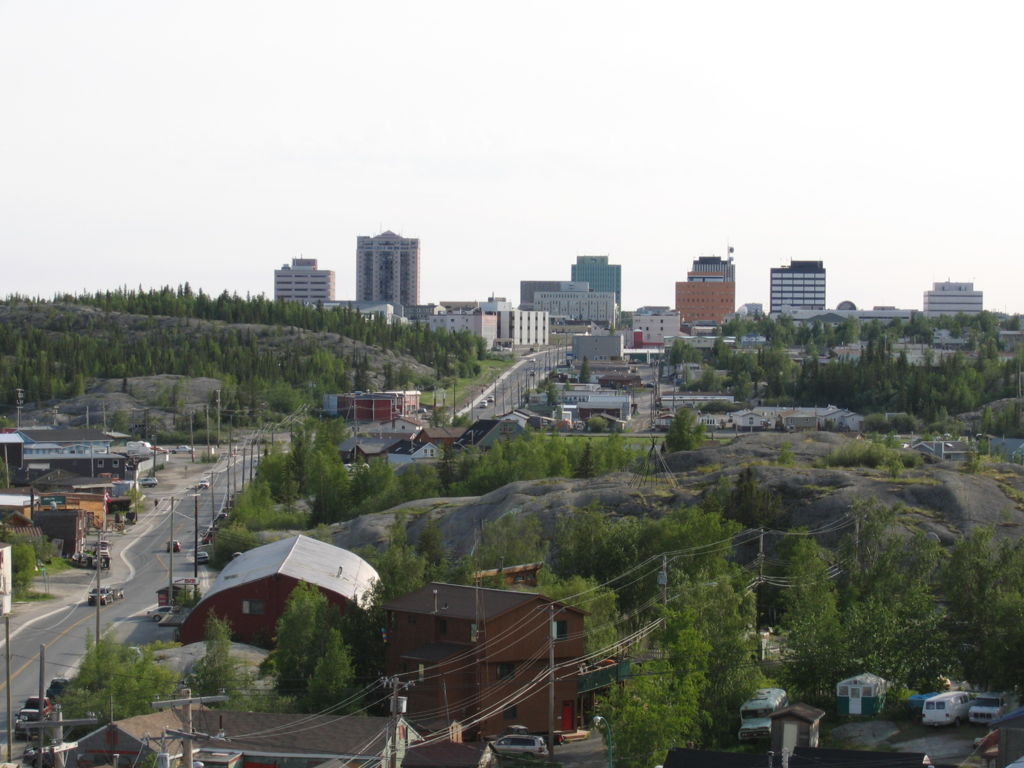 Photo attributed to Trevor MacInnis. This work has been released into the public domain by its author. No endorsement by licensor implied.

The effects of climate change (e.g., warming trends) are already being experienced by communities in the Northwest Territories (NWT). To help plan and prepare for the likely impacts of climate change, the Tlicho Government partnered with Ecology North, a non-profit organization dedicated to supporting sound environmental decision-making at individual, community, and regional levels, to develop specific climate change action plans for the communities of Behchoko, Wekweeti, Whati, and Gameti. In addition, the Tlicho government plans to knit the community action plans into a regional climate change adaptation plan.

From 2008-2009, research including literature reviews and discussions with technical and scientific experts was conducted to determine the effects of climate change in the Tlicho region. Profiles that included basic information such as demographics, language, employment, geography, transportation, education, health, housing, electricity, and food and water were also completed for each community. Following this step, Ecology North conducted community consultations through Elder interviews and public meetings in order to begin to develop community action plans. Consultations with community members helped to identify community concerns, current observations of climate change impacts, adaptation priorities, and community capacity. In addition, Community Advisory Committees, consisting of representatives from each Tlicho community, helped guide the planning process to ensure that it conformed to Tlicho values and traditions.

Information gathered from scientific research as well as through community consultations identified several priority areas for community action plans including water, invasive species, forest fires, and hazardous waste disposal. Forest fires and hazardous waste disposal are likely to be exacerbated by climate change and were identified as priority areas that need to be acted upon immediately. For example, permafrost thaw and instability as a result of climate change impacts is likely to increase the risk of hazardous waste leaching into water sources from community landfills. Similarly, fuel tanks are also a concern because permafrost thaw is likely to increase the risk that leaking fuel tanks and historic spills will leach into aquatic environments. While water and invasive species are recognized as important issues, regionally-specific information is currently lacking and will need to be addressed in the future.

As of November 2010, climate change action plans and posters had been developed for each of the four Tlicho communities. Ecology North has been working with each community to adopt and implement plans through implementation workshops. These workshops included a regional hazardous waste workshop in Behchoko and fuel tank workshops in Whati, Gameti and Wekweeti. Ecology North is hoping that the next set of implementation workshops will focus on issues such as food security and ecological monitoring. In addition, they plan to develop community-based monitoring programs for invasive species identification as well as monitor water quality and stream flow. Ecology North is also working with the Tlicho Government to knit the individual community plans together into a regional plan. The project is expected to be completed by March 2011.