Climate Change Adaptation in Protected Areas in Mexico for the Conservation of Biodiversity, Ecosystems, and Ecosystem Services 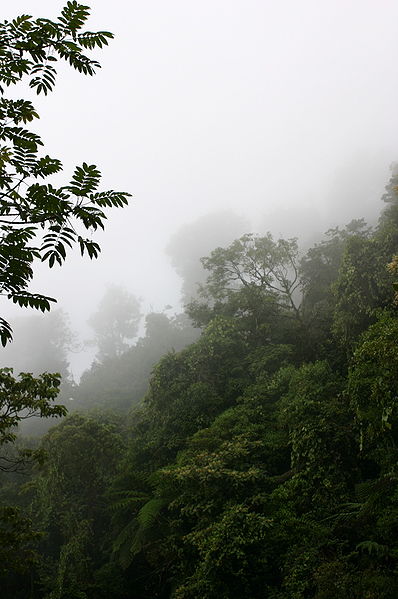 Climate Change Adaptation in Protected Areas in Mexico for the Conservation of Biodiversity, Ecosystems, and Ecosystem Services is a collaborative program of The Nature Conservancy intended to protect biodiversity and ecosystems from climate change impacts. The program looks at adaptation, resilience, and connectivity in protected areas. A pilot program on climate adaptation in Southeast Mexico’s protected areas began in July 2010.

A pilot project was developed to serve as a template to create climate change adaptation options in protected areas in Mexico. The ecosystems and ecosystem services in Mexico's protected areas will be affected by climate change. The areas of focus include Mexico’s evergreen forests, coral reefs, mangrove forests, and cloud forests. The pilot program has four main components:

The first step of this project was to do a scenario analysis on climate change impacts on the biodiversity of Mexico’s protected areas. Decreased rainfall, increased temperatures, extreme meteorological events, and sea level rise are expected to affect the region. This project involves an analysis of overall climate change impacts in protected areas in Southeast Mexico. Impacts analyzed included the potential reduction of aquifer recharge, changes in species distribution due to lower humidity, changes in phenology, and reduction of connectivity between habitats. A conceptual model was developed on the “hypothesis of change” and looked at the capacity for species and ecosystems to adapt. This model resulted in an estimation of vulnerability to climate change. Through these analyses and models, adaptation strategies were developed. The adaptation strategies were ranked through a cost-benefit analysis and implementation feasibility. Once implemented, a monitoring and evaluation plan will analyze the project’s success and determine if these adaptation plans can be implemented throughout Mexico’s protected areas.

The project is in its initial phases. Currently the goal is to develop and test a methodology in four protected areas in southeast Mexico to serve as a framework to develop climate adaptation strategies for all of Mexico’s protected areas. The climate adaptation priorities are targeted at preserving ecosystem functionality, biodiversity, and ecosystem services to benefit people and natural resources.

The National Commission of Natural Protected Areas currently manages 173 natural areas under federal management representing more than 25, 250.963 hectares. These protected areas were created by a Presidential order and the management, regulation, and use of these these areas are set in accordance with the General Act of Ecological Equilibrium and Environmental Protection.

The Mexican Fund for Nature Conservation is a non-profit organization that aims to fund and strengthen strategic activities for the conservation of natural systems in Mexico, which is achieved through the creation of public-private networking, collaborative learning, development of new innovative projects.