Climate Change and Coastal Adaptation Options for the Great Lakes 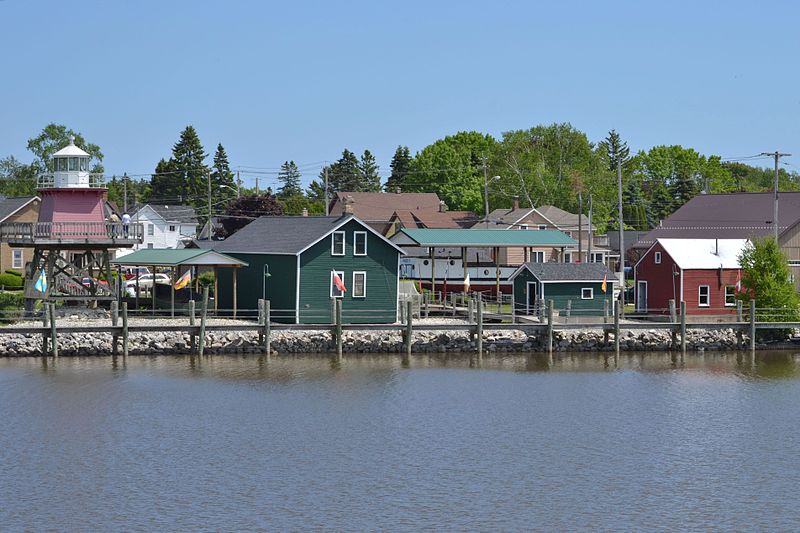 In 2003, a collaborative effort was launched to assess the likely impacts climate change may pose to communities in Ontario living in the coastal zones of the Great Lakes and develop adaptation options. Information was gathered using extensive literature reviews, public workshops, and modeling. The data and adaptation options were discussed with the public via five workshops held throughout the Great Lakes Ontario region. A final report was released in 2006. It provides information for specific sites located throughout the region and details current status, uses, and management practices, likely climate-related impacts, and potential adaptation strategies.

The Great Lakes basin will be affected by the impacts of climate change through changes in temperatures, precipitation patterns, forms, and intensities, lake levels, and other associated consequences. Temperatures are expected to rise by 2-5°C, precipitation is expected to increase with more falling in the form of rain rather than snow, and lake levels may lower due to increased evaporation rates throughout the 20th century (AMEC 2006). These changes will have cascading effects, altering the natural environments and affecting human populations within the coastal zone of the Great Lakes.

Approximately 31% of Canada’s population calls the Great Lakes basin home, living in major cities such as Toronto or smaller cities such as Hamilton, Sarnia, Windsor, and Thunder Bay (AMEC 2006). The populace garners multiple sources of income related to the vast networks of freshwater streams and lakes associated with the Great Lakes basin, including marine transportation and shipping, recreation and tourism, fisheries, and agriculture.

As climate change begins to impact the natural and built environments of the Great Lakes, adaptation options will be necessary elements for the continued success of the region.  Adaptation recommendations will vary based upon the impact being mitigated, cost of mitigation, and time of implementation. A ‘one size fits all’ prescription will not suffice because communities vary in size and location and are affected by compounding factors.

This project was a collaborative effort between AMEC Earth and Environmental, Ontario Ministry of Natural Resources, Toronto and Region Conservation Authority, Canadian Wildlife Service, Natural Resources Canada, and Environment Canada. The principal investigators had various expertise in disciplines including hydrology, wildlife, aquatic habitat, lake and terrestrial biology, and climate modeling. Jurisdictional managers from different municipalities, agencies, and non-governmental organizations were identified as key participants because they implement much of the coastal management strategies employed in the region. The project was funded by Natural Resources Canada through the Climate Change Action Fund and in-kind donations from the project partners.

The project was initiated in 2003 and had three phases to its timeline. Year 1 (2003) was devoted to data collection, Year 2 (2004) to modeling, and Year 3 (2005) to assessing adaptation options. Data collection was done through a literature review of adaptation strategies consisting of traditional library searches as well as input from government officials and other stakeholders. During the data collection stage, climate change impacts were given a geographic limitation but adaptation measures were considered from around the world. Models were then used to ascertain the potential effects that changes in climate drivers might have on the region’s physical and biological processes. Finally, results from the literature review and the modeling experiments were discussed in workshops held in coastal communities from Lakes Ontario, Erie, Huron and Superior. Community input was received from universities, NGOs, municipalities, agencies, First Nations communities, and industry representatives during all three phases of the project.

To bring together speakers, local representatives, and regional scientists, five workshops were held between 2003 and 2005 to discuss and identify the potential impacts of climate change and related adaptation options. Attendees were invited based upon their expertise, business area, and local interests. An effort was made to make each of the five workshops unique in content and to provide a “bottom-up,” multi-stakeholder approach to examining the issues that climate change may present to communities. Roughly 250 people attended the workshops that were held in Belleville, Parry Sound, Long Point, Sault Ste. Marie, and Toronto. The presentations and a list of workshop attendees were documented in accompanying CDs for broader distribution. More detailed workshop information can be found at the project website.

AMEC is a company with a clear vision, a common sense of direction and a culture of performance and delivery. Our aim is to create a successful, sustainable company for the long term. To achieve this we need to balance economic, social and environmental issues in our decision- making processes, ensuring sustainable working is integrated into the very core of our business.

At a glance, some facts about Amec Foster Wheeler: