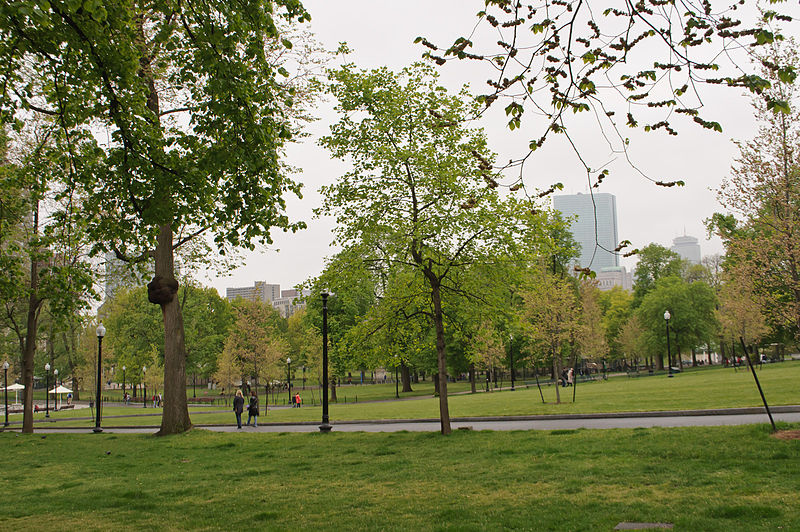 This project examined the vulnerability of two urban, environmental justice communities in metropolitan Boston to the effects of coastal flooding. Through visualization tools and workshops, the project team engaged residents on climate change impacts and worked to identify feasible adaptation options. Following this project, the Neighborhood of Affordable Housing (NOAH) launched the ClimateCARE program for East Boston so that people can take individual and collective action to increase their community’s resilience to climate change.

Higher temperatures and melting sea ice are projected to increase sea level rise along the Northeast coast of the United States; these impacts, in combination with increasing frequency and severity of storms, will cause devastating flooding in coastal communities. Resulting effects include habitat loss, erosion, saltwater intrusion and salinization of groundwater, and infrastructure damage. This project, funded through NOAA’s Sectoral Applications Research Program, examined possible flooding impacts to and the adaptive capacity and potential responses of two communities in urban Boston – East Boston and Everett. Both are classified as environmental justice communities by the Massachusetts Executive Office of Energy and Environmental Affairs and contain a mix of immigrants and minorities, many of whom live in depressed conditions. These two communities were selected because they had been identified as vulnerable to coastal flooding in previous research efforts by the project team.

The project team worked on the Northeast Climate Impacts Assessment, a broad collaboration between the Union of Concerned Scientists and over 50 different experts from various institutions in the region; the team specifically focused on the effects of coastal flooding due to climate change, which was used to inform this two-year project.

East Boston and Everett are expected to experience the effects of coastal flooding differently; in the former, residential areas are more prone to flooding while in the latter, commercial and industrial areas are more vulnerable. Maps were created at 2030, 2050, and 2070 using sea level rise projections by Vermeer and Rahmstorf (2009). Three workshops were held in each community between 2009 and 2010, supported by the Neighborhood of Affordable Housing (NOAH) and others.

The second workshop focused on analysis of the results from the first workshop and included scientific presentations about climate change. After presenting the maps that were developed, participants discussed possible adaptation options, including no action, protection, accommodation, and retreat.

At the final workshop, barriers and incentives to adaptation were discussed, along with specific adaptation options. For example, the project team presented visualizations of different options to East Boston residents, including a modular sea wall.

Several articles have been published that summarize the project methods, outcomes, and lessons learned (e.g., Social and Cultural Incentives and Obstacles to Adaptation to Increased Coastal Flooding in East Boston, MA USA). One of the most important lessons learned from the interactions with these communities was that existing knowledge and values need to be part of any adaptation planning framework. As such, education is key to empowerment and engaged decision making and community buy-in. In addition, planning needs to acknowledge uncertainty and other stressors such as land use and population growth. A parallel study was conducted for two urban communities in the Chesapeake Bay, Maryland.

At Battelle, our experts are working in leading edge facilities, partnering with experts at the national laboratories, universities, and utilizing best instruments and best practices to address the world's most pressing problems.

Battelle Memorial Institute (Battelle) is a 501(c)(3) charitable trust headquartered in Columbus, Ohio. Our 22,000 employees in more than 130 locations worldwide are dedicated to scientific, educational, technology and community endeavors and investments for a safer, healthier, and more productive tomorrow.