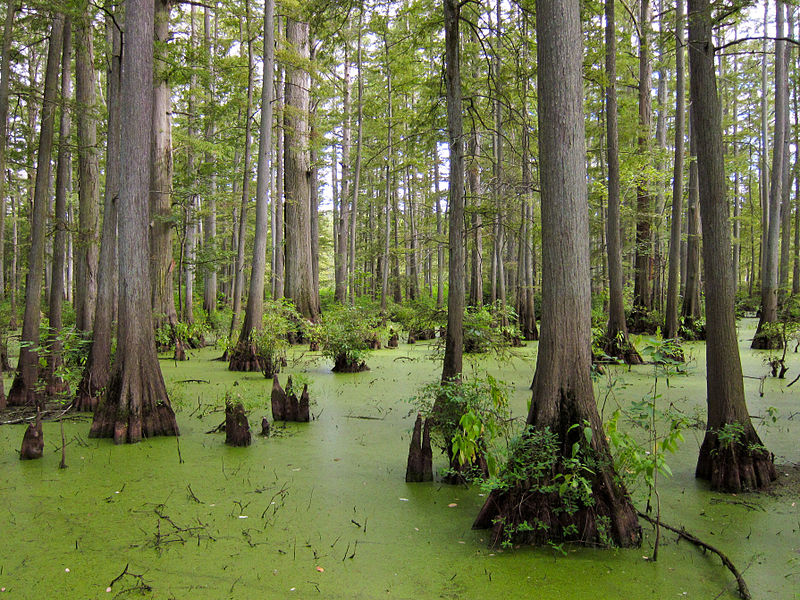 Projected climate impacts in the Northwoods region include warmer temperatures, longer growing seasons, shifts in the timing and amount of precipitation, changes in soil moisture patterns, increasing pests and diseases, and more frequent storms, droughts, floods, and wildfires. These changes are likely to significantly affect the forests, ecosystems, and wildlife of the region. To help land managers and landowners prepare for and adapt to potential impacts, researchers at the Northern Institute of Applied Climate Science (NIACS) have led the development of the Climate Change Response Framework. This Framework walks stakeholders through vulnerability assessment and adaptation planning processes and provides users with a set of tools, partnerships, and actions to support climate-smart conservation and forest management.

Climate change impacts in the Northwoods region include warmer temperatures, changing precipitation patterns, and more frequent storms, droughts, and wildfires. As a result of these changes as well as current threats such as shifts in fire regimes, invasive species, species decline, and habitat fragmentation, forests and ecosystems of the Northwoods region will likely experience dramatic changes over the next 100 years.

To help address these issues, the Northern Institute of Applied Climate Science (NIACS) has been designed as a collaborative effort among the Forest Service, universities, and forest industry to provide information on managing forests for climate change adaptation. NIACS develops synthesis products on climate change adaptation, carbon cycle science, and bioenergy production; promotes communication about climate change science, forest response, and management strategies through seminars, workshops, and webinars; and works to enhance communication and collaboration between land managers, policymakers, and scientists. Several researchers from NIACS have joined with partners to create the Climate Change Response Framework, a collaborative approach to helping land managers understand the potential effects of climate change on forest ecosystems and identifying ways to integrate climate change into management and planning. The Framework covers three large regions and 11 National Forests in the eastern US: the Northwoods (includes Minnesota, Wisconsin, and Michigan), the Central Appalachians (includes Ohio, West Virginia, and Maryland), and the Central Hardwoods (includes Missouri, Illinois, and Indiana). Funding for these efforts is primarily provided by three branches of the USFS – National Forest System Eastern Region, Northern Research Station, and Northeastern Area State and Private Forestry. Additional support has been provided by the by Landscape Conservation Cooperatives (LCCs) in the region including the Upper Mississippi and Great Lakes and the Gulf Coastal Plains and Ozark LCCs.

NIACS staff work one-on-one with National Forest managers, NGOs, tribes, and others to walk them through the process and help them apply and use it within their current planning frameworks.

The Northwoods region is currently the furthest along in the six-step process. A seed grant was awarded for the project in Spring 2009 and the project began the following fall. This first project was focused on forests of northern Wisconsin, with the goals of conducting a vulnerability assessment of forest ecosystems to climate change, examining the mitigation potential of these ecosystems, and considering approaches to adaptation. In Spring 2010, the first workshops were held and brought together landowners and land managers (both public and private including NGOs, tribes, and National Forest managers) to participate throughout the process. Scientists were also brought in to present on the state of knowledge about climate change impacts in northern Wisconsin. In late spring, they produced a draft Vulnerability Assessment that was finalized in Fall 2010 and published in 2011. Using information from the vulnerability assessment, the workshops, and the literature, they also compiled and developed adaptation strategies and approaches relevant to the region. These strategies and approaches, vetted by >30 local experts, were organized into a “menu” for consideration by land managers. An adaptation workbook was also developed to walk stakeholders through the process of how to use vulnerability assessment results and apply adaptation strategies from the menu in their current decision-making and planning processes. These tools were published in a Forest Adaptation Resources document. The general approach implemented in Wisconsin is now being expanded and applied to different projects in Michigan and Minnesota, as part of the greater Northwoods Framework. These projects have completed the initial workshops and are currently reviewing drafts of the vulnerability assessment results.

As part of the vulnerability assessment, Northwoods project staff evaluated the vulnerabilities of individual tree species and forest or natural community types. Gridded historical and modeled climate change information, as well as two different modeling approaches (climate envelope and process), were used to model impacts on tree species. A group of experts were also convened to evaluate individual species’ sensitivity and ground-truth model results. The vulnerability assessment results were used to create maps of the ecoregion showing where species in the region might decline in the future

Similar to projects in Michigan and Minnesota, the Central Hardwoods region is in the initial phases of the project. A project team of federal and state land management agencies, conservation organizations, and academic institutions from Illinois, Indiana, and Missouri has assembled. Currently NIACS and Forest Service staff are working with climate impact modelers to develop downscaled historic and future climate information. They have hosted expert panel workshops where modelers and local experts are brought together to consider model results and to begin assessing major threats and changes to wildlife and habitats in the region.

The Central Appalachians region is still in the very beginning phases of the project. As of summer 2012, they have assembled a team of people from federal and state land management agencies, private forest owners, conservation organizations, and others. A vulnerability assessment is in the early stages of determining the analysis area and ecosystem types, and gathering relevant data.

The adaptation workbook developed as part of the Wisconsin effort has been published after multiple reviews and tests, and is currently being used with several public, tribal, and private stakeholders. They hope to continue incorporating the adaptation workbook into future projects, and expand its use with adaptation strategies and approaches throughout the Northwoods, Central Hardwoods, and Central Appalachians. They are also updating the Vulnerability Assessment document to incorporate new climate and modeling information.

Challenges from this effort include:

Information gathered from interview with Leslie Brandt on April 13, 2012, publications, and other resources. Case study reviewed by project contact.

The Northern Institute of Applied Climate Science (NIACS) has been designed as a collaborative effort among the Forest Service, universities, and forest industry to provide information on managing forests for climate change adaptation, enhanced carbon sequestration, and sustainable production of bioenergy and materials. 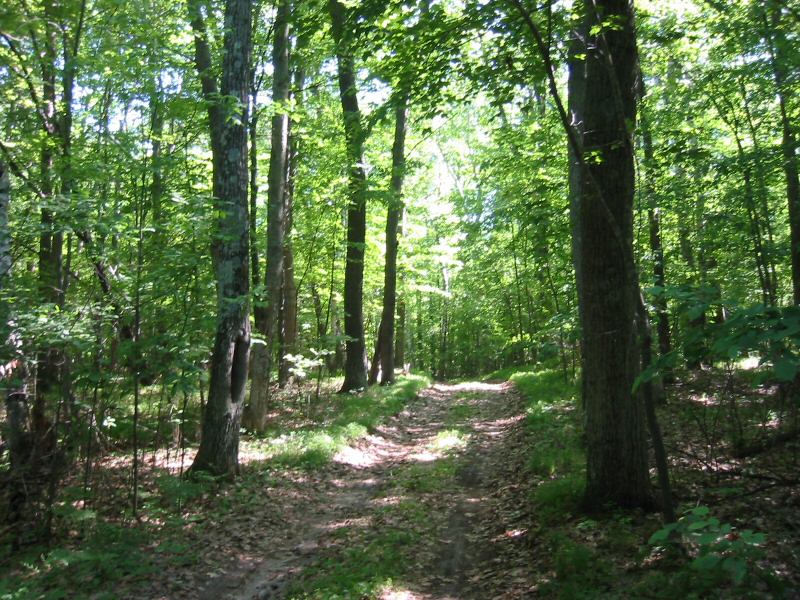 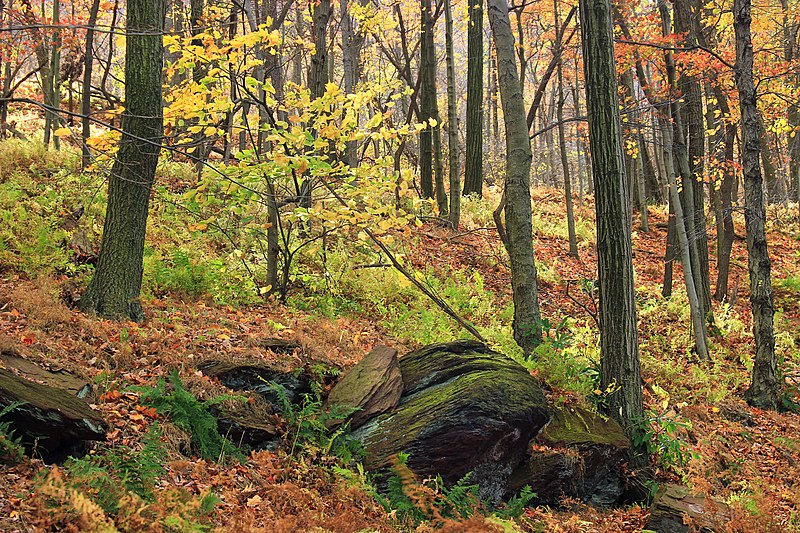 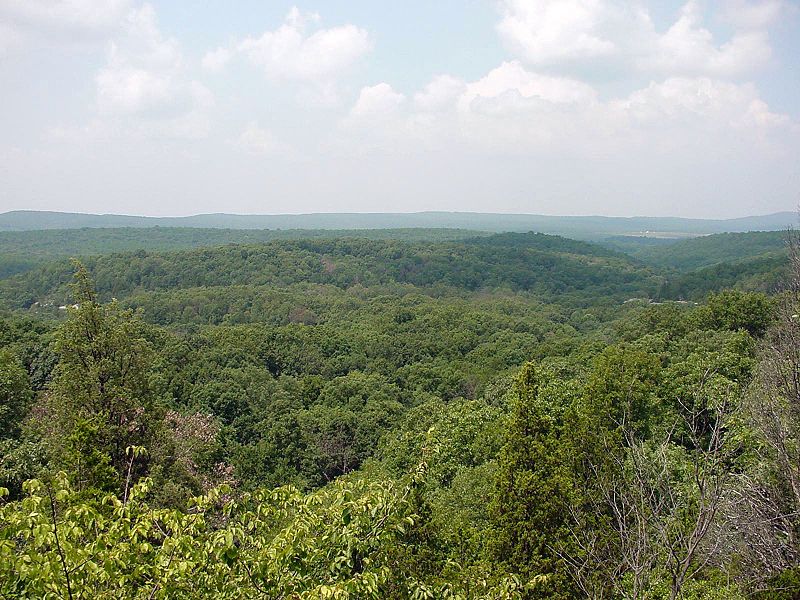