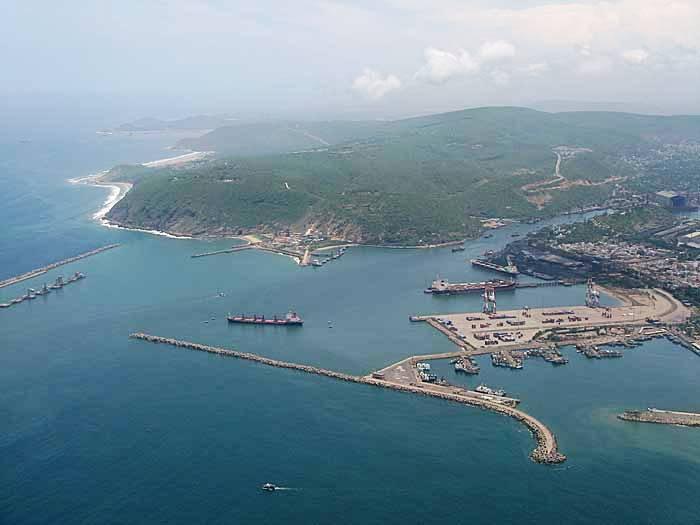 Coastal areas face multiple risks related to climate change and variability. The Intergovernmental Panel for Climate Change Fourth Assessment Report identified several highly urbanized, low-lying deltas of Asia and Africa as particularly vulnerable to climate-related impacts. It is highly pertinent to start climate proofing infrastructure and services, given the climate sensitive nature of the existing infrastructure systems in the city, such as those related to water management, transport, and energy. This year-long study was granted by USAID’s Climate Change Resilient Development project’s Climate Adaptation Small Grants Program focused on assessing the impacts of sea level rise on infrastructure assets and services. The Energy and Resources Institute (TERI) worked in two case study coastal cities – Visakhapatnam in the Andhra Pradesh State of India (east coast of India) and Panaji in Goa State of India (west coast of India). In these two cities, the study team worked closely with the local city governments to prepare an urban infrastructure inventory, mapping key assets. A vulnerability assessment of these assets and services was also conducted with the help of Geographical Information Systems (GIS) based assessments. Climate analysis involved studying the precipitation trends for the last three decades and analyzing the observed sea level trend over the coasts of the project cities and projecting the Mean Sea Level (MSL) for the year 2100. The study resulted in identification of sector-wide critical infrastructure assets in both the cities. Appropriate recommendations have been suggested to both cities as starting points to initiate climate resilience planning and retrofitting of infrastructure assets and services.

The study, 'Climate Resilient Infrastructure Services,' was conducted by TERI. This one-year project was granted by the USAID as part of their Climate Change Resilient Development (CCRD) project and in support of the Climate Resilient Infrastructure Services (CRIS) program. The work was reviewed by ICF International and Engility, the latter of which is leading USAID’s small grants program under the CCRD initiative. The goal of this study was to help the coastal cities of Panaji and Visakhapatnam to plan for and implement climate risk management strategies as an integral part of city planning and development. The aim was to understand the kind of infrastructure that Panaji and Visakhapatnam contain and their vulnerability to climate change and sea level rise, in particular. The study focused on the following thematic components:

Inventory: To establish a baseline, an inventory of critical infrastructure in each city was developed. The data – literature review, consultations with the sector experts, and review of available guidelines and norms – was collected from various government departments of the project cities, and integrated into a Microsoft Access-based Database Management System (DBMS). These new parameters were also added to the inventory apart from the existing data that was collected from the cities. Extensive use of Geographical Information Systems (GIS) was made to spatially map the infrastructure assets in each city. This spatial inventory was also linked to the DBMS.

Climate Analysis: To analyze the observed sea level trends over the coast of Visakhapatnam and Panaji, freely available tide gauge data was sourced from the PSMSL (permanent service for mean sea level) website for the period 1935-2010 in the case of Visakhapatnam and 1875-2000 in case of Panaji. To assess the mean sea level rise for future, the CMIP3 datasets presented in the IPCC 4th Assessment were used. Additionally, past trends in rainfall patterns and extreme rainfall events were conducted to ascertain the composite climate vulnerability. The results were overlaid on the digital elevation model to spatially identify vulnerable zones and the critical infrastructure and services that are necessary to addressing these impacts.

Vulnerability Mapping: Four sea level rise scenarios were plotted on the Digital Elevation Model (DEM) of Panaji and Visakhapatnam. The DEM dataset at 30m resolution for the year 2011 sourced from the ASTER Global Digital Elevation Map Website was used. The scenarios were plotted on the DEM dataset in Arc GIS 10 platform. In order to plot the scenarios on the DEM for the two cities, the sea level anomaly was estimated taking the year 2000 as the baseline scenario. All areas in the two cities found to have an elevation of less than the projected MSL values were demarcated as ‘vulnerable’ or the areas that are likely to be affected in these scenarios.

Recommendations: A broad assessment of institutional and policy/regulatory framework was also conducted to derive enabling policy and institutional recommendations for resilience planning. The proposed recommendations were reviewed and validated by the expert committee constituted under the project and also through city stakeholder consultation. The participation of city stakeholders in the validation process ensured that their inputs were integrated throughout the project. The committee was comprised of a mix of experts and professionals working in the areas of coastal cities/settlements, disaster management, climate resilience planning, and urban planning, and included officials from various departments at the city level.

The study resulted in:

The Energy and Resources Institute (TERI)

A dynamic and flexible organization with a global vision and a local focus, TERI was established in 1974, with the initial focus on documentation and information dissemination. Research activities, initiated towards the end of 1982, were rooted in TERI’s firm conviction that efficient utilization of energy and sustainable use of natural resources would propel the process of development.