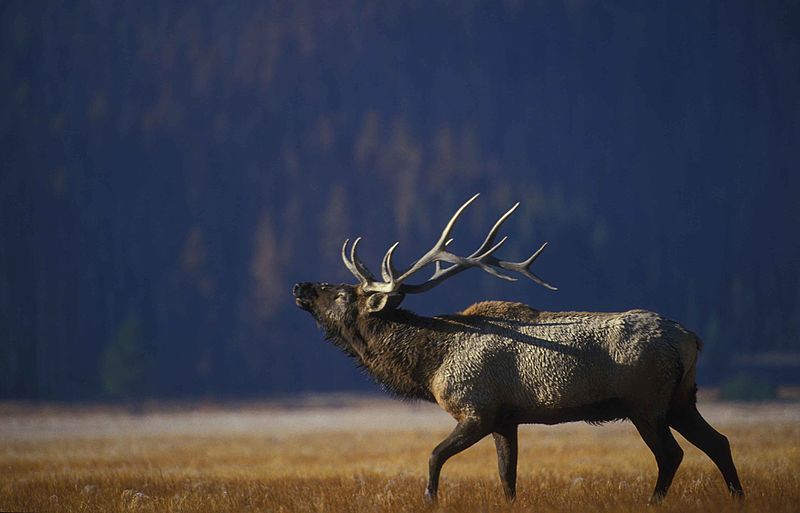 This work has been released into the public domain by its author, Bauer, Erwin and Peggy, U.S. Fish and Wildlife Service. This applies worldwide. No endorsement by licensor implied.

Montana Fish, Wildlife and Parks (FWP) is conducting a Crucial Areas Assessment, which includes identifying and ranking core areas important for wildlife as well as key wildlife connectivity areas. One of the main products of this effort is the Crucial Areas Planning System (CAPS), a mapping service aimed at helping county planners, developers, non-governmental organizations, and others make smarter development and conservation decisions. The CAPS is intended to help balance human and environmental needs under future conditions such as increasing human development pressures and likely climate change impacts.

In 2008, Montana FWP began conducting a Crucial Areas Assessment, which evaluates the wildlife and recreational resources of Montana with the intent of identifying crucial areas and fish and wildlife corridors. One of the main products of this effort is a web-based CAPS, which maps crucial habitat as well as key wildlife connectivity areas in Montana. The aim of the CAPS mapping project is to consider fish, wildlife, and recreational resources earlier on when planning for areas suitable for future development or conservation. Preserving core wildlife habitat and connectivity areas will be critical under changing climate conditions and increasing human development pressures.

Project objectives for the CAPS include:

Montana FWP has begun identifying and ranking core areas that are important for wildlife. To begin addressing the connectivity piece of the CAPS, Montana FWP created a Connectivity Working Group (CWG) that included experts from state and federal agencies, non-governmental organizations, and universities. The CWG was tasked with developing a list of focal vertebrate species that would encompass the connectivity needs of almost all species in Montana. A Connectivity Mapping meeting was held during which experts assembled a list of species based on conservation status, socioeconomic value, and risk due to loss of habitat connectivity. Over 200 species were initially considered; this list was narrowed down to approximately 70 focal species and the results were used to inform the development of statewide connectivity layers.

Project objectives for the Connectivity Assessment, funded by the Wildlife Conservation Society and the National Fish and Wildlife Foundation, include:

Scientists at the Craighead Institute are developing connectivity layers for the freshwater, terrestrial, and avian species identified by the CWG. In addition, they are developing fine-scale mapping tools to inform local development planning. One tool takes the biological inputs from a particular species and translates that into appropriate building densities; for example, if a community wants to ensure elk remain in the area in the future, building densities should be no more than one house per 20 acres. Another tool looks at different configurations of development (e.g., residential subdivision developments) to identify which configuration has the least impact on wildlife.

The CAPS project will provide an easy-to-use and understandable way to inform development planning; it will help to conserve land, protect ecosystem services, and inform developers early on as to where to expect issues and/or increased costs. In addition, the Craighead Institute plans to develop fine-scale tools for every county in the state and hold workshops for county planning and non-governmental organizations to show how to use the software for land use planning decisions. 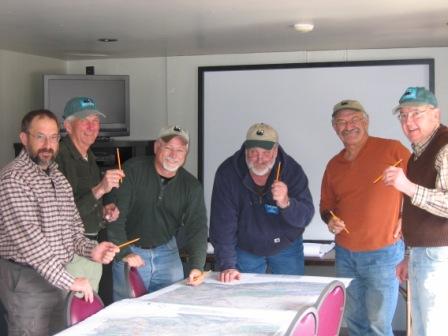