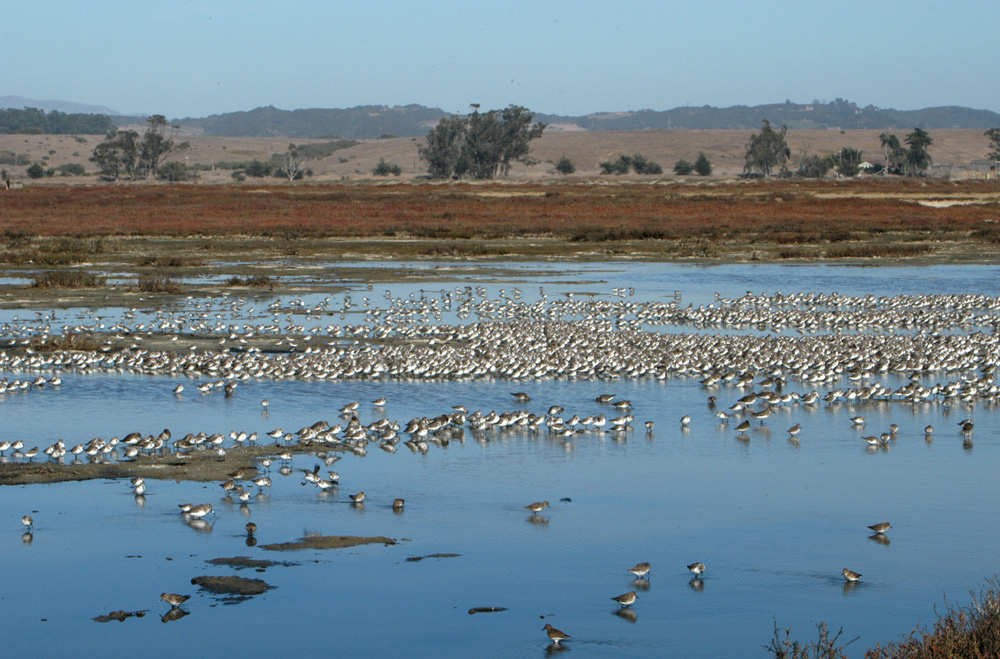 The Elkhorn Slough National Estuarine Research Reserve (ESNERR) is located in California. From 2009–2012, scientists conducted a study to determine which marsh sites at the reserve could be able to withstand the effects of sea level rise. With this information, conservation and restoration strategies can be developed to support the most resilient marsh sites.

ESNERR is located 23 miles north of Monterey, California, on approximately 1,700 acres. It contains the second largest salt marsh in the state (San Francisco Bay is the first). Human activities have caused various amounts of degradation to the salt marsh, including altered sediment fluxes and decreased sediment inputs because of land use changes and sea level rise. A 2009–2012 project examined the ability of salt marshes in Elkhorn Slough to be resilient to sea level rise with these major alterations to sediment supply and salt marshes.

ESNERR scientists collaborated with the National Oceanic and Atmospheric Administration, National Geodetic Survey, and U.S. Geological Survey on this study. These scientists examined tidal dynamics, sediment accretion rates, and salt marsh elevation to determine which marsh sites at the ESNERR might be able to withstand the effects of sea level rise. Marshes will need to elevate in order to withstand sea level rise, which is directly correlated to sediment accumulation. This project, funded by the Cooperative Institute for Coastal and Estuarine Environmental Technology (CICEET), developed and implemented tools for use in managing salt marshes in the face of existing and projected stressors. Project activities throughout the funding period included:

Between 2009 and 2012, multiple workshops were held for regional and local officials, landowners, agricultural representatives, and other coastal decision-makers. These workshops provided stakeholders with iterative input into the design and implementation of final products. This project developed and implemented tools to support salt marsh management strategies in the face of global climate change and sea level rise. Project leads believe that this research demonstrates the ability of NERRs to act as sentinel sites for climate change.

Modeling of historic natural marsh extent in ESNEER revealed that the current extent of the marsh is low relative to baselines from earlier maps, but high relative to the past 200–3,000 years. Based on historic data, current sediment accumulation rates at most of the ESNEER marsh sites appear to be adequate to keep pace with sea level rise. However, the marshes continue to undergo “marsh drowning.” Modeling and visualization tools developed as part of the project allowed team members to view possible scenarios for marsh migration. SLAMM analyses showed the best option for marsh migration would be south of the estuary, an area currently occupied by farmland.

The Elkhorn Slough National Estuarine Research Reserve is one of 27 National Estuarine Research Reserves established nationwide as field laboratories for scientific research and estuarine education. The Reserve is administered by the National Oceanic and Atmospheric Administration (disclaimer) and managed by the California Department of Fish and Game. (Click the logos below to learn more about these organizations.)