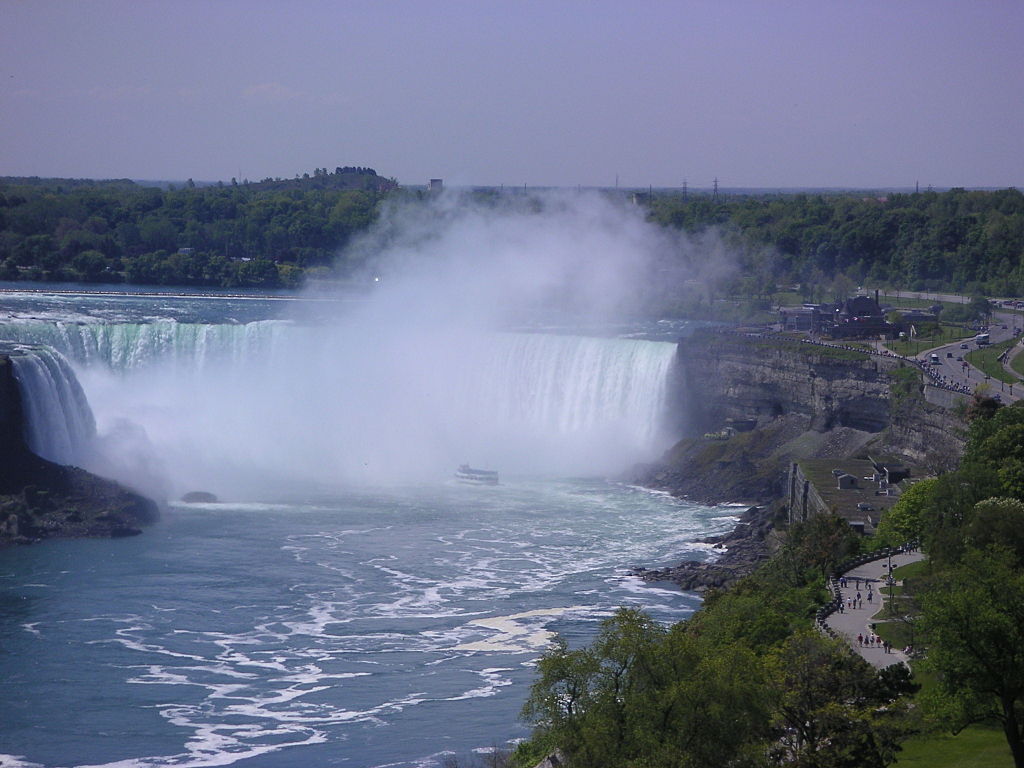 Photo attributed to Keruzu. This work has been released into the public domain by its author. No endorsement by licensor implied.

The Ontario Minister of the Environment created the Expert Panel on Climate Change Adaptation in 2007, which released a series of recommendations on adaptation actions that the province should take to prepare for climate change. Climate Ready: Ontario’s Adaptation Strategy and Action Plan 2011-2014 is based on the recommendations of the Expert Panel and contains five goals and 37 specific actions to guide the province in its climate change adaptation efforts.

Ontario is Canada’s most populated province or territory. Existing problems in the region include intense storms, floods, droughts, and heat waves. The province is already experiencing increased temperatures and more frequent and severe rainstorms; these events are expected to become more severe as the climate changes. In December 2007, the Minister of the Environment appointed eleven scientists and other experts to the Expert Panel on Climate Change Adaptation (Expert Panel) and charged them with identifying vulnerabilities and developing strategies focused on the environment, economy, human health, and infrastructure. In November 2009, the Expert Panel released Adapting to Climate Change in Ontario, which included projected climate change impacts developed by the Canadian Climate Change Scenarios Network and recommended strategies for the province to implement. These strategies included:

Overall, the Expert Panel called for the Government of Ontario to, where possible, integrate climate change into all government policies, programs, and activities in order to achieve three objectives: maximum reduction of greenhouse gas emissions (mitigation), maximum reduction of vulnerability (adaptation), and the integration of these mitigation and adaptation measures in order to capitalize on potential benefits.

In 2011, the Government of Ontario released Climate Ready: Ontario’s Adaptation Strategy and Action Plan 2011-2014, which was informed by the Expert Panel’s recommendations. It focuses on what efforts can be made at the provincial level to address climate change impacts on infrastructure (e.g., roads, bridges, water supply, stormwater systems), agriculture, forestry, fisheries, shipping, tourism, public health, and ecosystems.

Climate Ready outlines five goals and 37 actions to guide the province in its climate change adaptation efforts. The goals of the province’s strategy are to:

There are two cross-cutting actions across the five aforementioned goals; these are to mainstream the consideration of climate change adaptation in all provincial policies and programs and to establish a Climate Change Adaptation Directorate to coordinate and implement the strategy. Actions include promoting water conservation and efficiency, protecting infrastructure and water resources, conserving biodiversity and resilient ecosystems, increasing public awareness of climate change impacts, improving monitoring to include climate change, and leading the improvement of knowledge development and exchange, among others.

Project leads are in the midst of developing a performance management system to measure the successes of implemented actions. One of the primary lessons learned cited by staff is that, although it is difficult to create such an evaluation system, it would have been easier to develop one during the strategy development stage rather than after the plan was released. The Government of Ontario plans to release annual progress reports that document steps taken to achieve the goals and actions laid out in the strategy.

The Government of Ontario has also been active in establishing the Ontario Regional Adaptation Collaborative, integrating climate change into the Growth Plan for Northern Ontario, and developing and implementing WaterSense, a program that promotes water conservation and efficiency.

Information gathered from survey responses of project contact on June 26, 2012, personal communication, and other resources.

Adapting to Climate Change in Ontario

Ontario Ministry of the Environment

Ontario's Ministry of the Environment (MOE) has been protecting Ontario's environment for over 40 years. Using stringent regulations, targeted enforcement and a variety of innovative programs and initiatives, the ministry continues to address environmental issues that have local, regional and/or global effects.