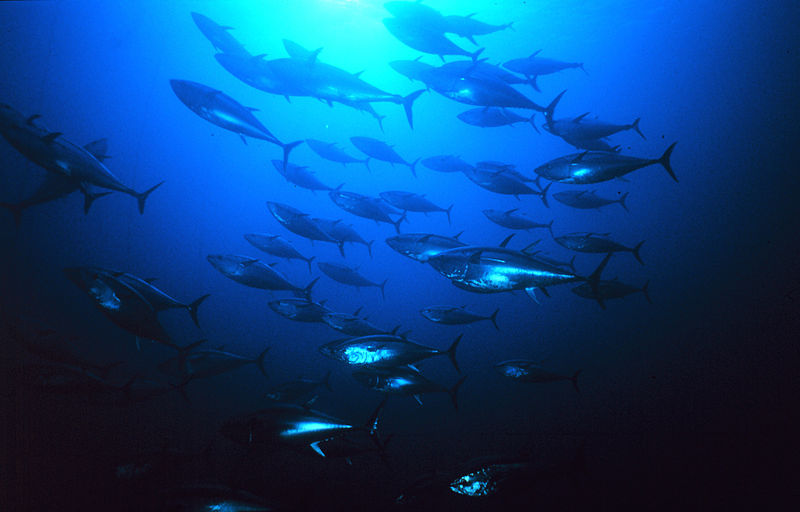 The project focuses on enhancing the management of multiple important highly migratory pelagic fish species in the Gulf of Mexico and surrounding waters, with particular focus on Atlantic bluefin tuna (Thunnus thynnus) and other highly migratory tunas and billfishes in the Gulf of Mexico area for spawning and larvae, and the north Atlantic Ocean including the Gulf of Mexico for adult species. Our team developed an innovative spawning habitat model for Atlantic bluefin tuna in the Gulf of Mexico in collaboration with NOAA Fisheries in a previous study. The present study is leveraging our former collaborations to project this habitat model into the future using IPCC climate models and scenarios to assess possible effects of climate change on spawning habitat and fish population dynamics. The goal is to assess potential changes in habitat extent using outputs from the numerical simulations constructed for the Fourth Assessment Report of the Intergovernmental Panel on Climate Change (IPCC AR4). The research will identify time periods over which average historical, synoptic environmental observations closely match the projected scenarios for the entire North Atlantic, and study the spawning habitat of various species and the distribution of adults as determined by fisheries statistics during such periods within the Gulf of Mexico using a high resolution downscaled mode of the IPCC models.

Roffer, M., and A. Score. 2016. Effect of Climate Change on Highly Migratory Tunas and Billfishes in the Gulf of Mexico. Summary of a project from the Roffer's Ocean Fishing Forecasting Service, Inc. Last updated September 2016.

Roffer’s Ocean Fishing Forecasting Service, Inc. (ROFFS™) is a scientific consulting company based in Miami and West Melbourne, Florida (U.S.A.) that is involved with fisheries oceanography and environmental science. Founded in 1987 by Mitchell A. Roffer (Ph.D.), we are best known for our tactical and strategic fisheries forecasts that are the result of the integration of satellite and other fisheries oceanographic data.