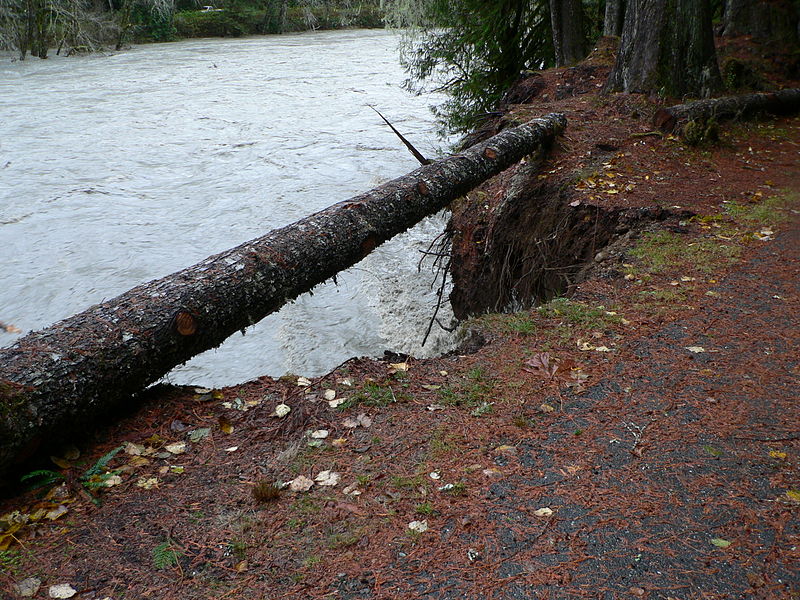 Port Susan Bay is a productive estuary found along the northwest coast of Washington State. The Nature Conservancy (TNC) manages a 4,122-acre plot of land in Port Susan Bay and is incorporating projected impacts of climate change into its long-term management plan. TNC staff and volunteers have removed invasive species, reintroduced large woody debris, and are using the Sea Level Affecting Marshes Model (SLAMM) to examine impacts due to sea level rise. TNC hopes to use lessons learned at Port Susan Bay to develop an online Estuary Climate Change Toolkit.

Port Susan Bay is located in northwest Washington, adjacent to Skagit Bay, and is the terminus for the Stillaguamish River. Its estuaries and marshes support many migratory birds, several species of salmon, and countless other animals and habitats. TNC owns a 4,122-acre plot of land in Port Susan Bay.

Port Susan Bay has historically been subject to diking, levee installation, and other water diversions. Some of the levees have disconnected historical floodplains from the Stillaguamish River and subsequently altered the water dynamics of Port Susan Bay. Also, a sea dike that was built in the 1950s to create more farmland has changed the sediment loads that enter the estuary, causing tidal marsh erosion.

Sea level rise and periodic flooding are expected to further complicate habitat erosion rates in Port Susan Bay. As the sea level rises, vital habitats may become submerged and permanently altered. In addition, flooding on the Stillaguamish River could scour the embankment, transporting sediments from the estuary and depositing them into the ocean.

When TNC acquired land in Port Susan Bay, a preliminary study revealed that the area had changed dramatically when compared to historical photos. It appeared that the estuarine ecosystem was gradually disappearing and the productivity declining. The change evidenced in Port Susan Bay is likely caused by human influences such as water diversions, agriculture, community development, and more recently, climate change.

TNC is using multiple tools and techniques to enhance the health and long-term outlook of Port Susan Bay. Staff and volunteers have removed most of the invasive plant, Spartina anglica, from the property. They have also launched the Port Susan Large Wood Project; its goal is to reintroduce large logs to increase the estuary’s structural complexity by creating scour pools, trapping sediment, stabilizing channels, and providing habitat for animals. In 2007, twenty-six logs were helicoptered into Port Susan Bay and placed in six different areas to mimic historical logjams that would have been present within the estuary. TNC is monitoring channel morphology and habitat use to evaluate the effectiveness of the introduced logs in improving the health of the estuary.

The impacts of climate change have also become central to the long-term management strategy of Port Susan Bay. TNC is researching how sea level rise will affect river flow and erosion rates, as well as the effects of increased storm intensity on Port Susan Bay. The Conservancy’s Sea Level Rise Learning Network is working in collaboration with TNC staff at Port Susan Bay to develop a toolkit to assess the vulnerability of estuaries to climate change and actionable strategies that will enhance the system’s resilience. One tool that is being used to assess an estuary’s vulnerability to climate change is SLAMM.  SLAMM allows users to model changes in sediment accretion, freshwater distribution, and water height under varying sea level rise scenarios.

TNC is working to develop tools to help land managers prepare for the effects of climate change. The Sea Level Rise Learning Network is a collaborative forum that allows members to share lessons learned, exchange knowledge, and identify information gaps. TNC plans to develop an online Estuary Climate Change Adaptation Toolkit to help managers understand the long-term impacts of climate change and communicate some of the important lessons learned from pilot projects such as Port Susan Bay.