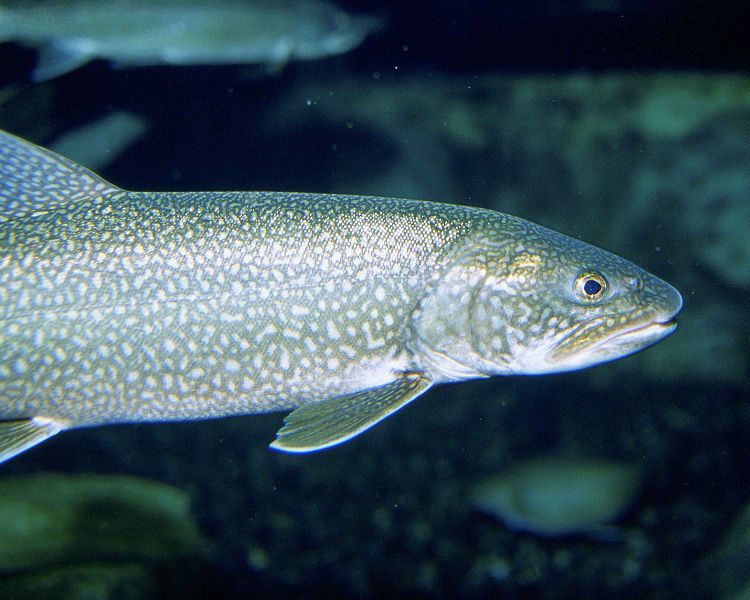 Photo attributed to Engbretson Eric, U.S. Fish and Wildlife Service. This work has been released into the public domain by its author. No endorsement by licensor implied.

This integrated research project, which ran from 2007-2008, was initiated to better understand the implications of projected climate change impacts and adaptation responses on southern Ontario’s fish, fisheries, and water resources. Climate change will have predominantly negative effects on species and habitats, and resulting economic effects are expected to be devastating to the region. In addition, changes in temperature and precipitation patterns will require alterations to water resources planning and management. This project included a cost-benefit analysis of how and when climate change adaptation measures might be applicable to protect the region’s fish, fisheries industry, and water resources.

This project’s geographic focus was the southern portion of the province of Ontario, including Lake Ontario and Ontario’s Mississippi River (a tributary of the Ottawa River) and its watershed, which has a drainage area of 3,750 km (Casselman et al. 2011). Climate-induced changes of concern for the region are increasing temperatures, changes in seasonality, altered water flows, reduced ice cover and thickness, altered precipitation patterns, and increasing extreme weather events, which may have both positive and negative effects on fish species, fish habitat, the fishing industry, and water resources (Casselman et al. 2011). This project was created to examine how, when, and where climate change adaptation measures could be implemented by identifying and assessing risk and vulnerability, evaluating adaptive capacity, and incorporating climate change into planning, policy, and management.

The project, jointly conducted by Queen’s University and Mississippi Valley Conservation, ran from August 2007 to April 2008 and was supported by Natural Resources Canada’s Climate Change Impacts and Adaptation Program. Four subprojects were created to inform how climate change will affect fish, fisheries, and water resources in the region:

Researchers examined if and how six fish species – bass, perch, pike, walleye, lake whitefish, and lake trout – are adapting to environmental change (e.g., altered spawning time) and climate-driven change (e.g., increased water and air temperatures and extremes in temperatures, altered precipitation), changes in community structure and abundance, and needed alterations in regulation, management, and assessment activities to integrate climate change impacts into the status quo. Fish and fisheries in the region have experienced other compounding stresses over the years, including overharvest, eutrophication, bioaccumulation of toxins, invasive species establishment, and changes in water flow velocity and timing. Project leads assembled existing data and conducted new analyses. Existing information used included long-term data sets that documented (1) altered thermal conditions (water and air) in Lake Ontario, the Bay of Quinte, and the Mississippi River and its watershed over the last three to seven decades; (2) trends in discharge and precipitation for Lake Ontario, the St. Lawrence River, and the Mississippi River and its watershed; and (3) patterns in water level fluctuations for Lake Ontario and the St. Lawrence River. Each of these data sets, in addition to literature reviews of changing thermal conditions and water dynamics in the region, were used to evaluate fish species’ responses in terms of spawning, recruitment, and growth, related to changing thermal conditions and thresholds/groupings (e.g., warm water, cool water, and cold water). Researchers found evidence of different effects on species and habitat, including changes in temperature adaptation, mortality, recruitment, growth, abundance, interaction, range expansions and contractions, and community structure, which will affect resource users and managers.

Two workshops were held on September 15th and September 22nd in 2007 and coordinated by the Mississippi Valley Conservation and Mississippi Valley Field Naturalists. Around 150 individuals from local governments, organizations, and the public participated. Presentations from experts from different disciplines (e.g., Intergovernmental Panel on Climate Change, Ontario Ministry of Natural Resources, Health Canada, etc.) formed the basis of the workshops, followed by facilitated breakout discussion groups to allow participants to discuss impacts, adaptation responses, and capacity and willingness to adapt. The workshop provided a means for project leads to engage the public on all four components of the broader study in addition to allowing participants to provide insights to inform the other sub-projects. Presentations from the September workshops are available on the Mississippi Valley Conservation website. A summary report From Impacts Towards Adaptation: Mississippi Watershed in a Changing Climate, authored by Paul Egginton and Beth Lavender, was released in 2008. The report includes key results from the participant discussions. For example, participants agreed that climate change is affecting the fisheries, habitats, and water resources in the region, and will have both positive and negative effects on agriculture, tourism, forestry, and fisheries, among other sectors. The participants unanimously adopted the Almonte Communiqué at the end of the workshops. The Communiqué states that:

Many important economic and social decisions are being made today on long‐term projects and activities in our watershed based on the assumption that past climate data are a reliable guide to the future. This is no longer a good assumption. We believe that all levels of government are key players in this issue and must raise awareness and incorporate climate change into planning, decision making and leadership.

Subproject 3: Economics, consequences, and adapting to a changing climate

This subproject was conducted to (1) analyze economic consequences of climate change on fisheries resources in the region, (2) determine adaptive capacity of stakeholders, (3) identify economic and social values associated with fisheries resources in the region, and (4) create recommendations to support a sustainable fisheries industry. Researchers examined both regional conditions in Ontario and local conditions in the Mississippi River watershed. The subproject included a literature review of climate-induced changes on fisheries and resource users, and a survey of users and managers in northern and southern Ontario and the Mississippi Valley area to measure adaptive capacity, perceptions, and behavior in order to ascertain the economic consequences of climate change in the region. A copy of the survey may be found in Appendix A3 of the final project report (Casselman et al. 2011). Researchers examined the effects of climate change on fish resources and fisheries in terms of environmental changes (e.g., temperature, precipitation, floods, etc.) and community changes (e.g., species, abundance), resource use, users’ adaptability, and users’ adaptive capacity. Approximately 307 of 749 distributed surveys were returned for a 41% response rate. Respondents indicated that their top four concerns are invasive species, habitat, water conditions, and climate change. Eighty-eight percent of respondents indicated that management and planning responses should be altered to incorporate climate change considerations; public education and regulations were the highest ranked of the supplied options, which also included lake stocking, increased enforcement, and research, among others. The survey also indicated that science should be the basis for any change in management action, while social and economic concerns were ranked much lower.

Subproject 4: Water management responses to climate changeThis subproject examined the vulnerability of the Mississippi River Water Management Plan and its operations to climate change and provided recommendations to improve water management planning in the region to address climate change impacts. Water levels and flows are regulated by 23 dams and other control structures in the watershed (Casselman et al. 2011). The Mississippi River Water Management Plan was completed in 2006 although MVC noted that various trends not formally acknowledged in the plan, including climate change, could disrupt the outlined planning measures. This study was undertaken to downscale climate predictions of precipitation and temperature in the Coupled Global Climate Model (CGCM2) to the watershed level, quantify climate change impacts on the water budget, and simulate stream flows and water levels through modeling to inform future management decisions. Researchers used the following to generate information about climate change influences on water resources in the region: CGCM2 model, IPCC A2 scenario, Modified Thornthwaite Water Budget Model from Environment Canada, and MIKE 11 (rainfall-runoff model).

Researchers identified several possible effects of a changing climate on water resources in the region along with potential adaptation responses; some examples included (Kunjikutty and Lehman 2008):

Researchers concluded that management of fish, fisheries, and water resources in southern Ontario requires more extensive monitoring and assessment, increased research and collaboration between multiple stakeholders, improved transfer of science and information among and between professionals and citizens, and strong adaptation measures. Different project staff provided several outreach presentations about this study to practitioners and the public; a special one-day symposium to present the results of this project was held in 2008 at the American Fisheries Society meeting in Ottawa. Several products were released as part of this project, including a final report (Casselman et al. 2011), a summary report of the stakeholder workshops (Egginton and Lavender 2008), and a report on Subproject 4 (Kunjikutty and Lehman 2008).

Water is a finite resource which is under increasing stress. Jurisdictions around the world have recognized that safeguarding our water resources requires an integrated management approach which addresses the linkages between watershed ecosystems the economy and society. The Mississippi River is not immune from this stress and Mississippi Valley Conservation (MVC) directs its efforts towards supporting an integrated approach to watershed management in cooperation with the eleven watershed municipalities and other stakeholders.