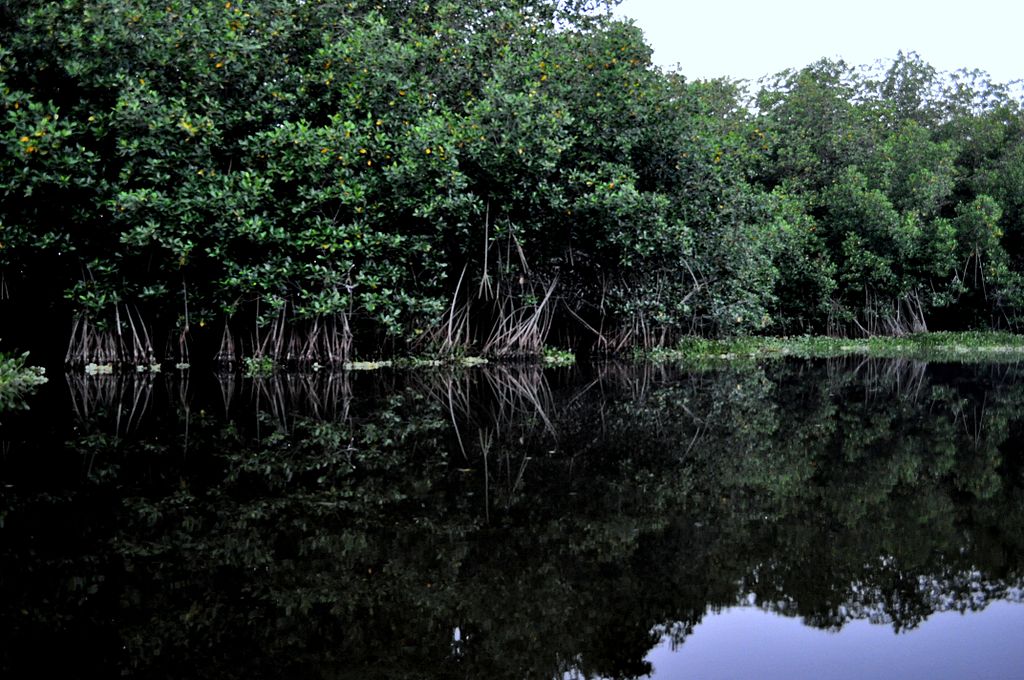 The coasts of Mexico are experiencing rapid coastal development and population growth. Development in coastal areas has contributed to the destruction of mangrove forests and coastal wetlands. This project analyzed the value of mangroves to the Gulf of California economy by determining the ecosystem services that mangroves provide to the region’s fisheries. The expected outcome is to use this information to drive climate adaptation in the region by restoring and protecting coastal mangrove areas and pushing for changes in coastal planning and development.

The coastal zone of the Gulf of California supports the northernmost area of mangroves on the Eastern Pacific. These mangrove areas are extremely threatened by coastal development yet serve as natural buffers to climate change impacts (e.g., erosion, sea level rise) on the coast. This project looked at the economic value of mangroves by calculating their contribution to fisheries in the Gulf of California. By delineating the value of mangroves to the region’s economy, this project is intended to drive the development of coastal planning laws to protect these habitats from further destruction and promote restoration of mangroves in certain areas as buffers for climate change impacts.

This project is intended to support resource management and conservation by incorporating future conditions into policies and plans, creating monitoring plans to track impacts, and reducing non-climate stressors. It also builds capacity by assisting in training and public awareness and education efforts in the region.

This project, supported by a National Science Foundation grant, was developed to determine the economic value of ecosystem services provided by mangroves in Baja California. Project leaders examined fisheries landings near mangrove forests from 2001 to 2005 along the coasts of Baja California, Baja California Sur, Sonora, Sinaloa, and Nayarit in the Gulf of California, and found that fisheries landings increased with associated mangrove areas. The landings for fish and blue crab within the 2001-2005 time frame average 11,600 tons, generating an average income of US$19 million for fishermen in the region. The resulting ecosystem services value of the mangrove forests to the economy of the region ranged from US$25,000 to US$50,000 - a median value of approximately US$37,500 per hectare.

Project staff presented these findings to local decision-makers, including the Mexican Secretary of Tourism (at the time, Rodolfo Elizondo) and to Mexican conservationists, funders, and non-governmental organization members during a U.S.-Mexico International Boundary and Water Commission meeting. By educating stakeholders on the value of mangroves and the need for climate change adaptation measures on the coast, this project is serving as a driver for coastal zone planning and adaptation policy. The results of this study build the case for mangrove protection and restoration in the region. By incorporating future climate conditions into the ecosystem services mangroves provide, there is increased support in establishing climate change adaptation policy in the region.

The primary outcome of this project is to assist the Mexican government in creating sound environmental policies and coastal development planning that will preserve mangrove communities due to the economic value and ecosystem services they provide. By protecting coastal mangroves from development, these areas will also be able to adapt to sea level rise and continue to support the highly productive fisheries in the region.

Economic valuation of mangrove ecosystem services: the case of the fisheries in…

Score, A. (2010). Gulf of California Mangrove Ecosystem Services [Case study on a project of the Scripps Institution of Oceanography - Center for Marine Biodiversity and Conservation]. Product of EcoAdapt's State of Adaptation Program. Retrieved from CAKE: http://www.cakex.org/case-studies/gulf-california-mangrove-ecosystem-se… (Last updated March 2010)

Scripps Institution of Oceanography is one of the oldest, largest, and most important centers for ocean and earth science research, education, and public service in the world. Research foci at Scripps includes physical, chemical, biological, geological, and geophysical studies of the oceans and earths.