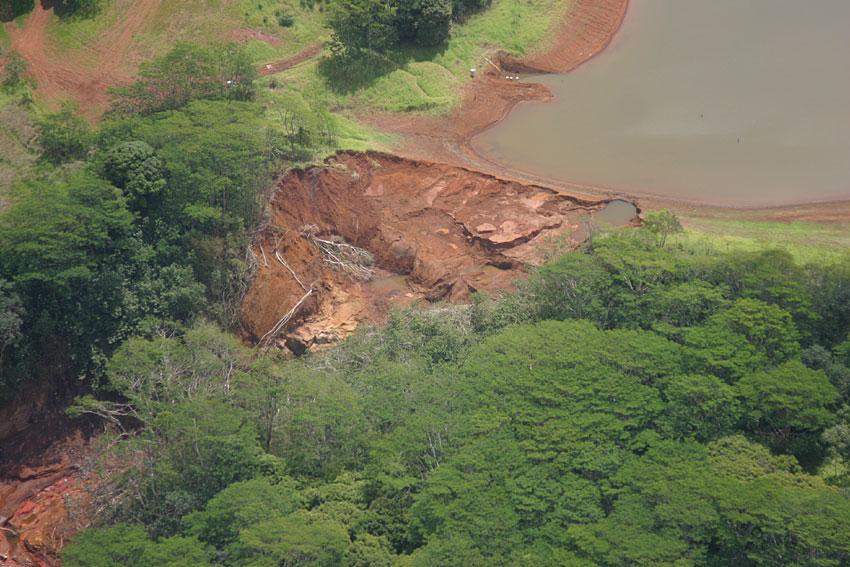 Photo attributed to Polihale at the English language Wikipedia. Incorporated here under the Creative Commons Attribution 3.0 Unported license. No endorsement by licensor implied.

The effects of global climate change are already being felt in Hawaii and are likely to continue, resulting in growing impacts to the natural resources that people depend on. Because the State of Hawaii is still in the initial phases of understanding and planning for climate change, the Center for Island Climate Adaptation and Policy (ICAP) partnered with Dr. Chip Fletcher at the University of Hawaii to produce a legislative briefing sheet designed to communicate scientific understanding of how climate change will affect Hawaii. This briefing sheet was intended to lay the groundwork for climate change-related legislation in the state.

Hawaii’s climate is already changing in ways that are consistent with global climate change: air temperature has risen; rain intensity has increased while total rainfall has decreased; stream flows have decreased; sea level and sea surface temperatures have increased; and the ocean is becoming more acidic. These trends are likely to continue, and will result in growing impacts to Hawaii’s water resources, forests, coastal communities, and the marine ecosystem.

In 2009, ICAP partnered with Dr. Chip Fletcher at the University of Hawaii to produce Hawaii’s Changing Climate Briefing Sheet, 2010. Dr. Fletcher leads the Coastal Geology Group at the UH School of Ocean and Earth Science and Technology and specializes in coastal hazards (e.g., sea level rise) and shoreline evolution. The purpose of the briefing sheet was to communicate scientific understanding and knowledge, as published in peer-reviewed scientific journals and government reports and websites, of how climate change is affecting, and will affect Hawaii in the future. The briefing sheet was directed at state and county legislators, as well as government agencies.

Planning for climate change impacts is still in its infancy in the State of Hawaii, which is thought to be due to a lack of accessible information on potential climate changes and what features are most at risk from these changes. In order to address this knowledge gap, Dr. Chip Fletcher translated peer-reviewed literature and government reports and websites into one document summarizing past, current, and predicted changes in Hawaii’s climate. Specifically, Dr. Fletcher examined potential changes in surface air temperature, rainfall and stream discharge, rain intensity and other potential water cycle impacts, sea level, sea surface temperature, and ocean acidification. Identified changes and potential impacts include:

Because these trends are likely to continue into the future, it is important to begin considering mitigation and adaptation strategies now. Scientists recommend sustained and enhanced climate monitoring and assessment activities, as well as focused research that will produce models of future climate changes and impacts. To lay the groundwork for moving climate change-related legislation forward in the state, the briefing sheet was sent to every legislator (state and county) and agency in the State of Hawaii. 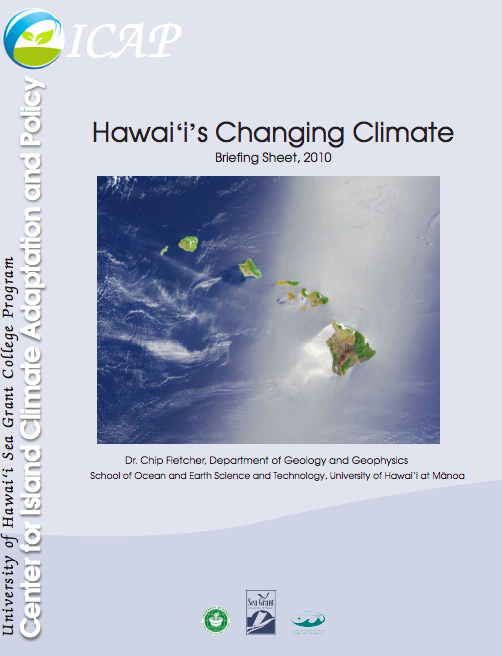