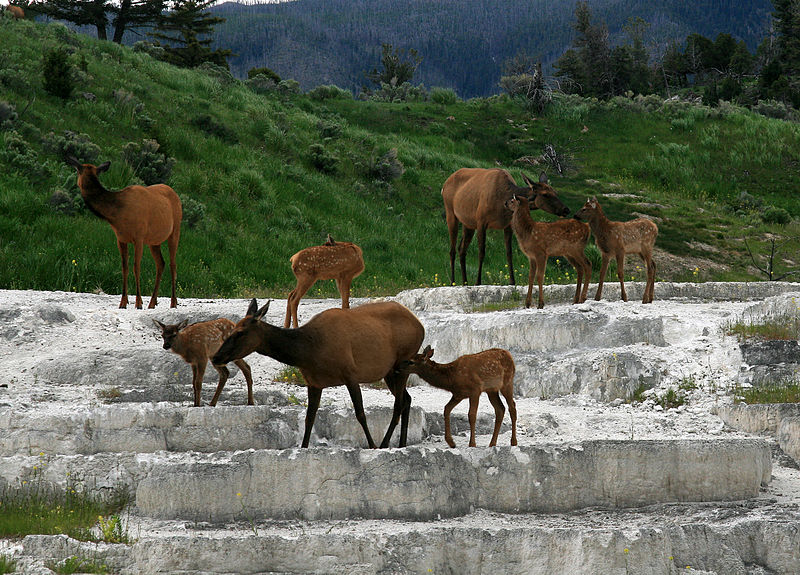 The High Divide region links together core protected areas in Montana and Idaho and is an important migration corridor for big game, grizzly bears, and other carnivores. To help maintain critical linkage areas in the region, the Craighead Institute is working on a set of conservation planning tools intended to guide wildlife-friendly land use and development. The implementation of these tools will help ensure that animal migration routes remain open, allowing wildlife to adapt to changing climate conditions.

The High Divide region of Idaho and Montana links together core protected areas in the Greater Yellowstone, Crown of the Continent, and Selway-Bitterroot Wilderness regions. It includes the Madison and Jefferson Rivers, Tobacco Root Mountains, and the Madison, Bighole, and Centennial Valleys. It is considered one of the most intact biological areas in the lower 48 states and is an important migration corridor for elk, antelope, and deer; it is also a region critically important for wolverine and grizzly bear recovery. However, the scenic landscape has also attracted many new residents to the area, leading to increased development and road densities, habitat fragmentation, and human-wildlife interactions.

The Craighead Institute has been involved in conservation planning in the Madison Valley of the High Divide region since the 1990s. In 2005-06, they collaborated with the Wildlife Conservation Society to identify local conservation needs (including critical areas for connectivity) and set conservation priorities, which resulted in the Madison Valley Wildlife Conservation Assessment. Since that time, the Craighead Institute has been working with Madison County planners, community members, and state and federal agencies to develop a wildlife conservation overlay district, which identifies the most important areas to keep undeveloped for habitat connectivity and for protecting wildlife. Finally, the Craighead Institute designed a set of computer-based planning tools that: (1) allow planners and developers to explore different placement options for roads and buildings, as well as appropriate housing densities, in order to have the least impact on wildlife habitat and migration routes; (2) provide developers with tools to incorporate wildlife-friendly measures throughout the planning and review process; and (3) provide analyses at the parcel level, enabling small-scale decision-making for areas that warrant unique mitigation.

The conservation planning tools developed for Madison County are helping to maintain key habitats and linkage areas for grizzly bears, wolverines, elk and other big game, and species of concern (e.g., Brewer’s sparrows). These tools are now being applied in neighboring counties across the High Divide (i.e., Beaverhead County, Montana, and Fremont County, Idaho) as part of a larger focus called the High Divide Project.

The overall goal of the High Divide Project is to “maintain and enhance core habitats and wildlife connectivity for large carnivores and other species along the High Divide.” The Craighead Institute plans to address this goal by:

The High Divide Project will use the GIS-based tools developed for the land use planning initiative in the Madison Valley. Craighead Institute staff will also collaborate with Future West, a non-profit group that facilitates public engagement for wise community decision-making. Future West will help facilitate meetings with stakeholders and integrate results and stewardship tools into county planning and other land use processes.

Based on the wildlife conservation overlay district developed for the Madison Valley, the Craighead Institute is working on establishing land trusts with private owners (e.g., through conservation easements, commitment to protect or preserve the land, or selling the land) in order to keep critical habitat areas undeveloped. For the High Divide Project, the Institute has begun the same type of conservation mapping near Henry’s Lake and in Beaverhead County.

At the state level, the Institute is working with Montana Fish, Wildlife and Parks to include wildlife and habitat guidelines in subdivision regulations and to produce a set of model subdivision regulations, which will be available for counties to use. The conservation tools developed by the Craighead Institute lay the foundation for a development planning strategy that will maintain landscape connectivity, thus minimizing negative impacts to wildlife and providing space for animals to respond to changing climate conditions.