The Igliniit Inuit Sea Ice Use and Occupancy Project 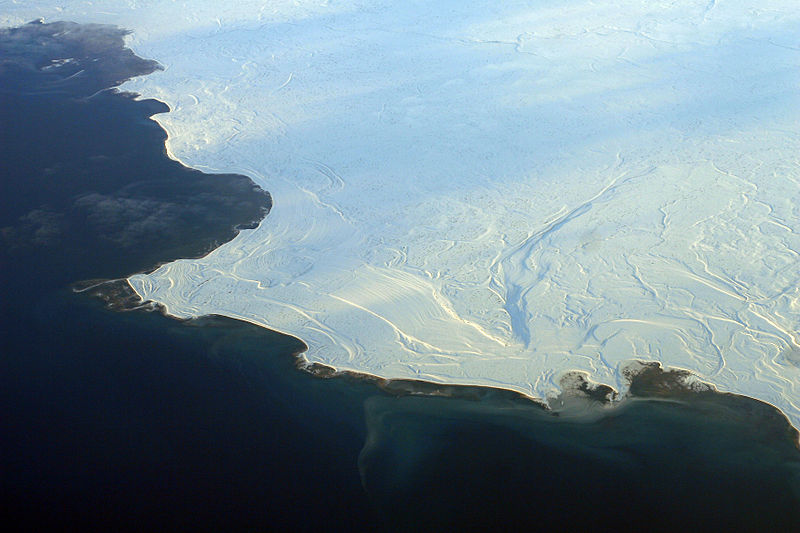 The Igliniit Project in Nunavut, Canada, supports the use of a GPS device that can be mounted on indigenous Inuit hunters’ snow machines to track routes, weather conditions such as temperature and pressure, and observations of hazards, sea ice, and animals. The data provided in these devices are then used to create community maps that provide qualitative and quantitative information to inform status and trends in hunting patterns and land and sea ice characteristics.

“Igliniits” are trails or roads that are routinely traveled on by members of an Inuit community. Over time, the location, use, and conditions change on Igliniits; scientists are using integrated GPS systems that can be attached to snow machines as hunters travel throughout the Canadian Arctic. This project began in 2007 as a collaboration between the Clyde River hunters and the University of Calgary engineers; it is funded as part of the Inuit Sea Ice Use and Occupancy Project (ISIUOP), based out of Carleton University in Ottawa, Ontario.

The Igliniit Project is being conducted in collaboration with Inuit hunters and engineers. The GPS system, when attached to snowmobiles/machines, logs its location every thirty seconds, weather conditions (temperature, humidity, pressure), and the observations of hunters through a user-friendly icon interface. The hunters also carry digital cameras to catalog certain waypoints or hazards. The data is transferred to community maps and, over time, will provide a picture of the Inuit land-sea ice characteristics in the region in order to identify shifting conditions.

The Igliniit Project is scheduled to run through 2011. If the prototype project is successful, the system may be transferred to neighboring communities in the Arctic to help with environmental monitoring, land use planning, and search and rescue missions.

Sea Ice Knowledge and Use (SIKU)

SIKU is one of several IPY 2007-2008 projects aimed at documenting indigenous observations of environmental changes in the polar areas, with its specific focus on sea ice and the use of ice-covered habitats by the residents of the Arctic. Incidentally, the project's acronym SIKU is also the most common word for sea ice (siku) in all Eskimo/Inuit languages, from Chukotka to Alaska, Canada, and Greenland.