Impacts of a Changing Ecosystem on Atlantic Salmon Marine Productivity 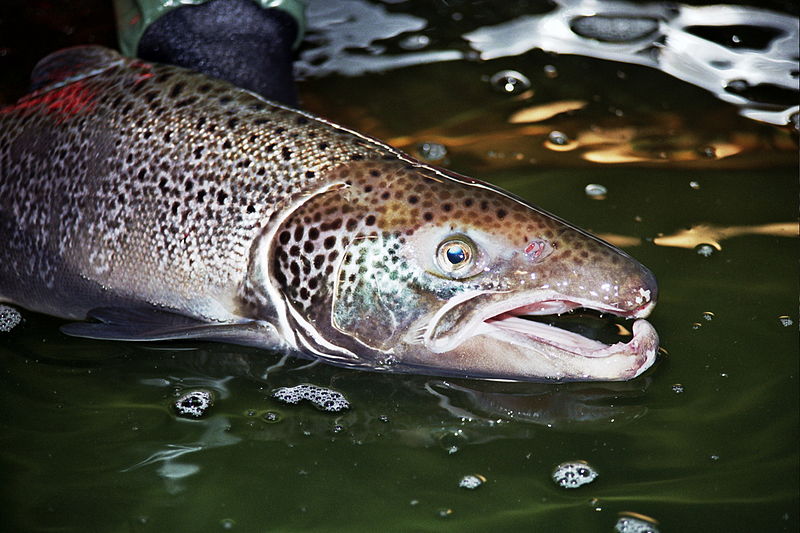 Photo has been released into the public domain because it contains materials that originally came from the USFWS. No endorsement by licensor implied.

Atlantic salmon populations have declined throughout North America and Europe in recent decades. These declines have exhibited similar patterns over broad geographic areas, and previous studies have shown correlations between salmon declines and changing marine ecosystem conditions. These analyses have specifically identified warming ocean conditions and changes in the prey base as closely linked with Atlantic salmon population trends. The observed ecosystem changes have likely increased the energy requirements of Atlantic salmon and reduced the energy available to them through their prey. However, the mechanisms behind these relationships remain undiagnosed. Through this project, we will investigate the hypothesis that ecosystem changes have influenced the energy needed by and available to Atlantic salmon and thereby have affected salmon growth, survival, and productivity during their marine phase. Results will provide a better understanding of how marine ecosystem conditions affect Atlantic salmon populations, which is valuable information for evaluating their recovery prospects and constraints. Although focused on Atlantic salmon, the ecosystem insights gained from this project will be relevant to better understanding other species in the western North Atlantic. This is a Cooperative Institute for the North Atlantic Region project supported by NOAA.

Mills, K. 2016a. Impacts of a changing ecosystem on Atlantic salmon marine productivity. Summary of a project from the Gulf of Maine Research Institute produced for EcoAdapt’s State of Adaptation Program. Last updated August 2016.

GMRI is a neutral, nonprofit organization that catalyzes solutions to the complex challenges of ocean stewardship and economic growth in the Gulf of Maine bioregion. Based in Portland, Maine, GMRI utilizes a dynamic fusion of science, education, and community to affect change from multiple directions while remaining committed to its core principles of objectivity and collaboration.