Impacts of Climate Change on the Coastal Zone of Mexico: An Integrated Ecosystem Approach in the Gulf of Mexico to Support Coastal Zone Management Legislation 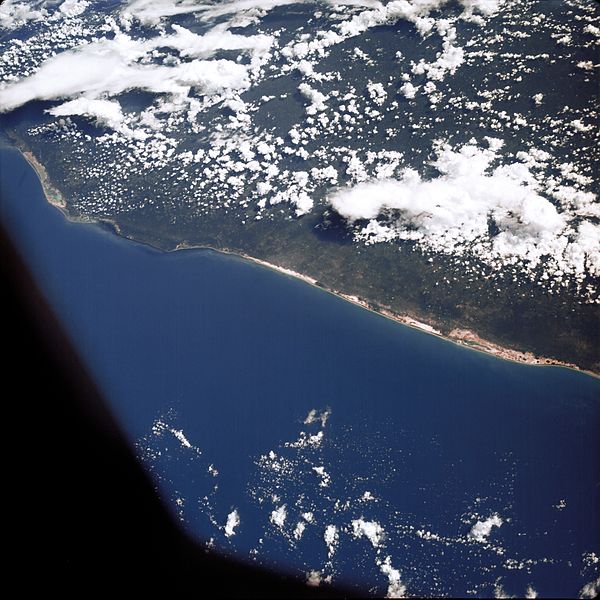 The coastal zone of the Gulf and Caribbean coasts of Mexico is extremely vulnerable to climate change impacts. These areas are already threatened by habitat degradation, ecosystem fragmentation, increased development and population growth, and a lack of coastal zone legislation to guide management and protection. There is an urgent need to develop an integrated Environmental Strategic Plan for the coastal zone with the involvement of government, university sectors, and stakeholders, and to develop a regional coastal zone program and legislation.

The coastal zone of the Gulf of Mexico and Caribbean is extremely vulnerable to climate change impacts, especially sea level rise. The most vulnerable areas are the coastal states of Veracruz, Tabasco, Campeche (Gulf of Mexico), and Quintana Roo (Caribbean). Mexico has over 11,000 km of coastal areas (east and west) yet there are no laws in place that protect the coastal zone. There are laws on ecological equilibrium that protect habitats in certain areas but they do not take into account the vulnerability and predicted climate impacts to the coastal zone. Urban development has significantly affected coastal ecosystems, including mangrove fringe areas, beach dunes, shallow seagrass areas, and coral reefs. Development pressures, combined with climate change impacts and a lack of regulations and adaptation programs, make the coasts extremely vulnerable. This project serves as a case study to support the future development of coastal zone laws to protect coastal wetland areas as a way to adapt to climate change and sea level rise.

The project was launched in 2008 and recommendations were completed in 2010. The project focuses on five main areas: mitigation, adaptation, stakeholder support, benefits to the community, and impacts (both positive and negative) to coastal biodiversity and natural areas. Mitigation recommendations included habitat rehabilitation and restoration of coastal areas (dunes, coastal wetlands, coastal plain, coastal lagoons, and estuaries) and the recovery of hydrological flow disturbed by coastal agriculture and the oil and gas industry. Adaptation priorities focused on the protection of newly established mangroves due to increased temperatures and increased estuarine plume in the region. These areas already seem to be adapting to sea level rise and elevated temperatures.

The stakeholders that supported and helped guide the process included non-governmental organizations, the State Minister of Civil Protection, and various universities. The project focuses on the benefits of mitigation and adaptation for local communities as well as the impacts and effects of climate change on the coastal zone.

The project is still ongoing but the first phase in analyzing impacts and looking at possible recommendations has been completed. Analysis and recommendations on legislation still need to be developed. This analysis will help serve as a guide and model for the implementation of a coastal zone program in Mexico and will help in the development of an Environmental Strategic Plan (ESP). The project will produce a series of tools required for implementing an ESP, such as best practice guidelines and methods for implementing and monitoring the program. Once developed, the ESP will guide the direction of state and national policy on coastal zone areas and will address climate change impacts related to hurricanes, floods, sea level rise, saltwater intrusion, coastal, and beach erosion.

Score, A. (2010). Impacts of Climate Change on the Coastal Zone of Mexico: An Integrated Ecosystem Approach in the Gulf of Mexico to Support Coastal Zone Management Legislation [Case study on a project of INECOL - Instituto de Ecología, A.C.]. Product of EcoAdapt's State of Adaptation Program. Retrieved from CAKE: http://www.cakex.org/case-studies/impacts-climate-change-coastal-zone-m… (Last updated April 2010)

The Institute of Ecology (INECOL; Instituto de Ecología, A.C.) is a public strategic research institute in Mexico that leads scientific technology development, social development, and natural heritage conservation supporting research in ecology and biodiversity. INECOL was formally created August 7, 1975 and was the first institute in country to focus on Ecology. Through applied research, INECOL’s mission is to generate knowledge about Mexico’s ecosystems to support management and resource protection.