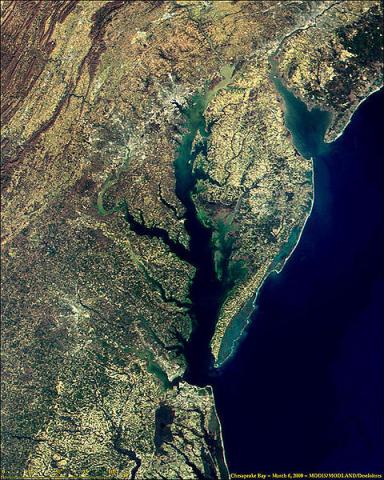 This photo has been released into the public domain because it contains materials that originally came from the National Aeronautics and Space Administration (NASA). No endorsement by licensor implied.

In 2007, the Governor of Maryland signed an Executive Order that created the Commission on Climate Change, which was tasked to develop a comprehensive Climate Action Plan for the state. In 2008, the final report was released and implementation began. The Department of Natural Resources was the lead agency in the development and implementation of the Climate Action Plan, particularly in regards to adaptation. Initiatives include reducing shoreline hardening, assisting local governments to develop adaptation strategies, conducting public outreach, and using technology to update maps and land acquisition priorities.

Maryland has historically been a progressive leader in planning for the effects of climate change as evidenced by a 2000 report, A Sea Level Rise Response Strategy for the State of Maryland. When then Governor Martin O’Malley signed the Executive Order that created the Maryland Commission on Climate Change (MCCC), many state agencies were already incorporating climate change into their work, easing the transition into the creation of a Climate Action Plan. The MCCC comprises four working groups focused on Mitigation; Adaptation and Resiliency; Education, Communication, and Outreach; and Scientific and Technical topics. In 2007, the Maryland Department of Natural Resources was selected to chair the Adaptation and Resiliency Work Group. The group produced two adaptation reports: 2008’s Comprehensive Strategy for Reducing Maryland’s Vulnerability to Climate Change: Phase I: Sea-level rise and coastal storms (Chapter Five of the Climate Action Plan) and 2011’s Comprehensive Strategy for Reducing Maryland’s Vulnerability to Climate Change: Phase II: Building societal, economic, and ecological resilience. The Climate Action Plan was funded through the state government and continues to be financed by the legislature.

The Phase I report detailed Maryland’s acute vulnerability to rising sea levels and proposed 19 policies that would enhance the state’s resilience to climate change. Each policy was outlined in detail with a subsequent implementation proposal. Notable strategies and recommendations include:

In 2012, Governor Martin O’Malley released Executive Order 01.01.2012.29 Climate Change and “Coast Smart” Construction, calling for state agencies to address coastal flooding and sea level rise in both the siting and design of all state capital infrastructure projects. DNR released a complementary guide to support the implementation of the order in January 2014. Guidelines for Coast Smart construction include:

The Coast Smart program became effective in July 2015 and is overseen by the Maryland Coast Smart Council.

The key to Maryland’s success has been the knowledge base that has been built over the past few decades. Research programs have been targeted to support and build off of one another as new results are returned. Maryland also has dedicated, long-term staff who continually remind leadership of the potential effects of climate change, renewing the motivation to promote climate change adaptation. Priorities for the Adaptation and Resiliency Work Group include developing indicators to track progress; updating the adaptation strategy by developing a Phase III report focused on water resources, natural and working lands, critical infrastructure, natural resources, human health, and local and state government action and collaboration; and refining the use of sea level rise projections and mapping of vulnerable areas in decision-making processes.

The Department of Natural Resources leads Maryland in securing a sustainable future for our environment, society, and economy by preserving, protecting, restoring, and enhancing the State’s natural resources. 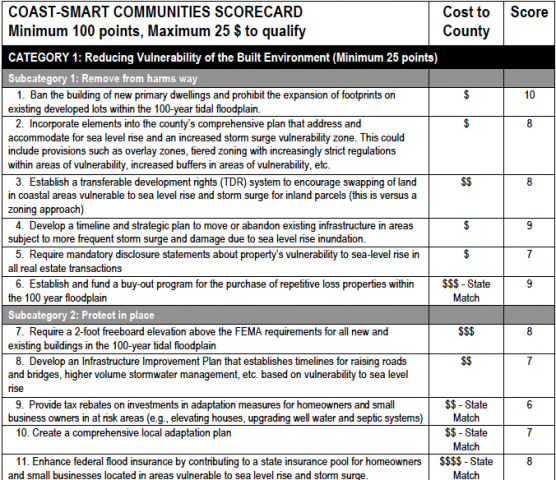 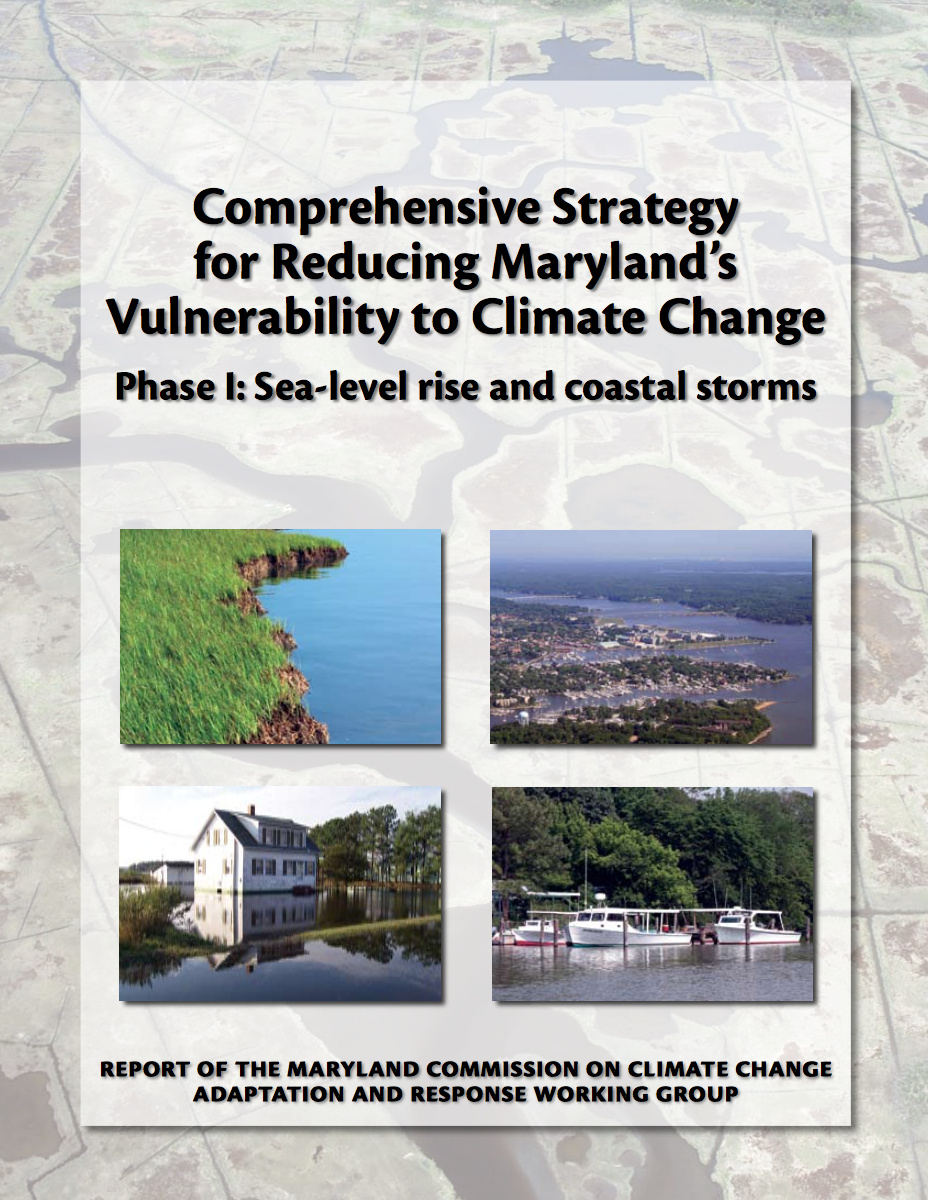 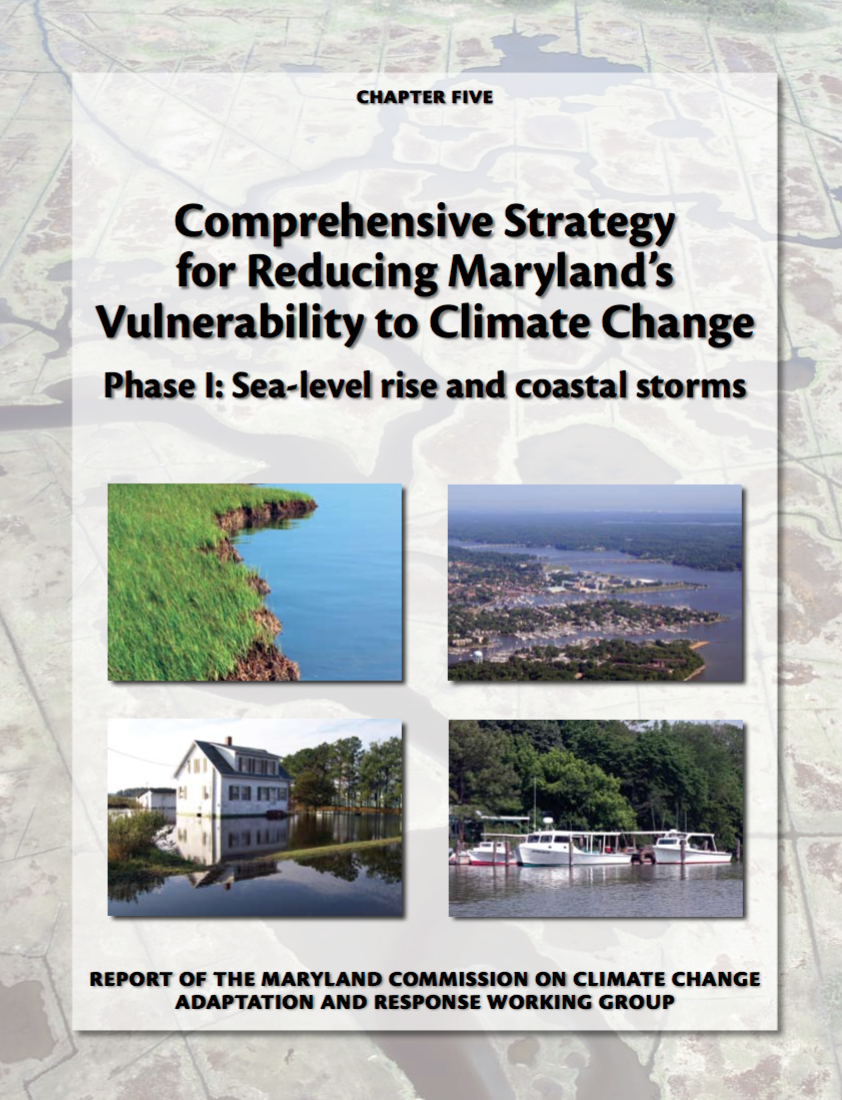 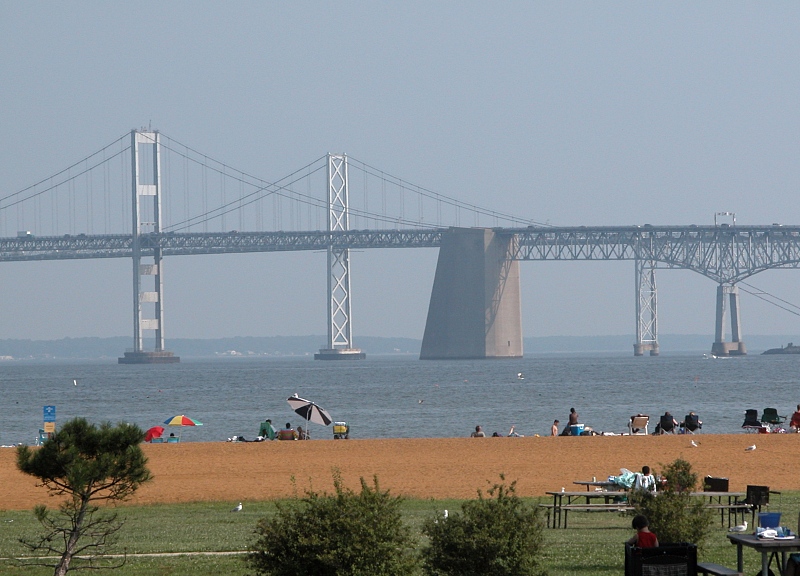 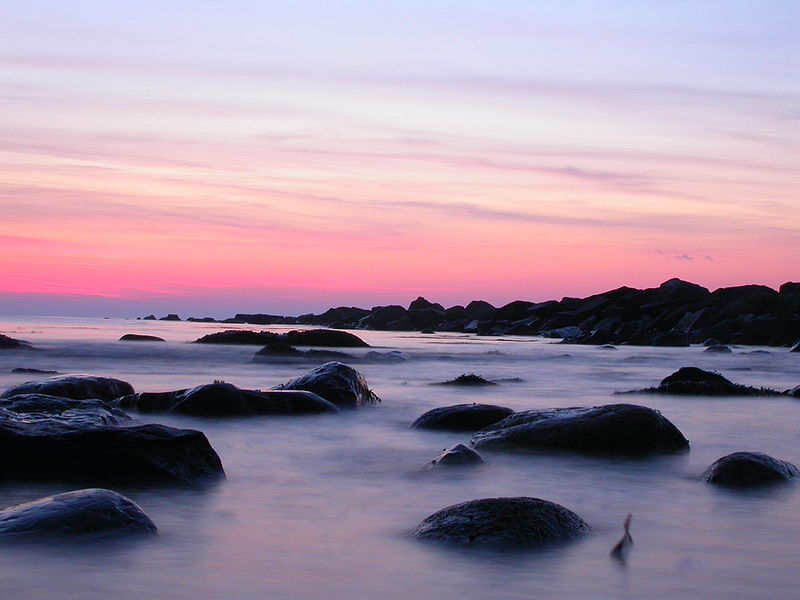 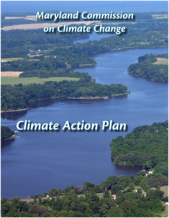