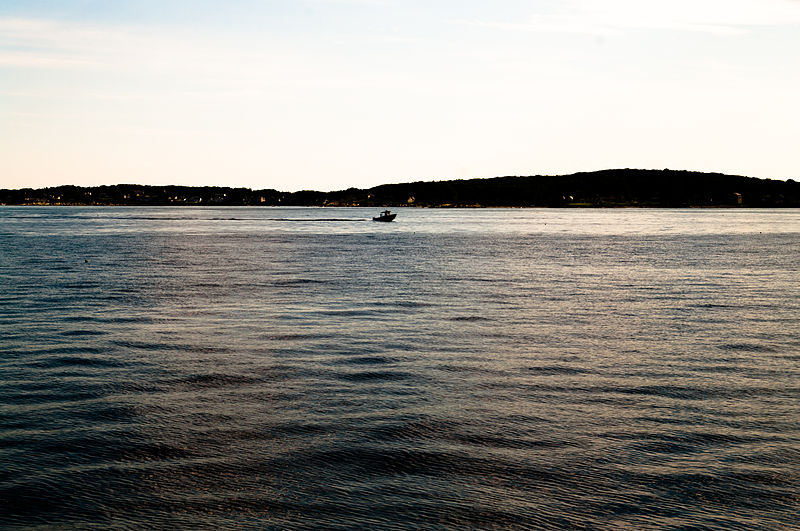 The Casco Bay Estuary Partnership (CBEP) was one of the first National Estuary Programs to receive a technical assistance grant from the Climate Ready Estuaries Program. This initial grant elevated climate change as a major concern to the Partnership and CBEP began mainstreaming resilience into its efforts. In 2016, CBEP released its revised Comprehensive Conservation and Management Plan (Casco Bay Plan 2016–2021) to guide efforts to sustain a healthy bay. Recognizing that climate change will have a significant impact on implementation of the Casco Bay Plan, CBEP undertook a risk-based climate change vulnerability assessment to identify ways in which existing activities need to be adjusted to account for climate-related risks as well as new activities.

Climatic changes, including warmer air and water temperatures, increased drought, more precipitation and greater storm intensity and frequency, rising sea level, and ocean acidification, are having and will continue to have significant impacts on the natural resources and infrastructure of the Bay. In 2009, the U.S. Environmental Protection Agency’s Climate Ready Estuaries Program selected the Casco Bay Estuary Partnership (CBEP) as one of eight projects to support. Through a technical assistance grant, CBEP helped build local adaptive capacity to climate change. For example, CBEP worked with land trusts to incorporate climate change adaptation measures into their conservation planning and, in partnership with the Piscataqua Region Estuaries Partnership, worked with local municipalities and stakeholders to model the impacts of sea level rise and storm surge.

In 2015, CBEP released the Casco Bay Plan 2016–2021 (“Plan”), which details the goals, strategies, and actions to sustain a healthy bay. Recognizing that climate change will significantly influence implementation of the Plan, CBEP undertook a risk-based climate change vulnerability assessment. CBEP then used the findings of the vulnerability assessment to reflect back on their organizational focus, including examining what they currently work on but also potential new activities.

Using the U.S. Environmental Protection Agency’s Workbook for Developing Risk-Based Adaptation Plans as a guide, CBEP undertook a climate change vulnerability assessment. The assessment identified potential risks to Plan implementation, focusing on seven climate change stressors including warmer summers, warmer winters, warmer water, increasing drought, increasing storminess, sea level rise, and ocean acidification. Initially, over 70 risks were identified. Using an online, peer-review process with more than 40 experts, CBEP and Waterview Consulting narrowed down this list to 25 Risks of Primary Concern. One challenge to this method was that all peer-review was done on an individual basis, which resulted in differing interpretations for the same risk. CBEP recommends that anyone considering going through a similar process find opportunities to get experts together in person.

The vulnerability assessment and subsequent reflection on CBEP’s organizational focus raised a number of interesting points, including:

The vulnerability assessment was critical to helping CBEP identify priorities and provides an important reminder of what they need to think about going forward.

CBEP has begun working with coastal towns to communicate risks about how the Bay is changing and will likely continue to change and share how other towns are dealing with similar challenges. A key component of this conversation is to explore what risks look like at different time scales (e.g., short-term [<20 years], medium-term, long-term) and encourage towns to plan for these risks even if they are uncertain when exactly they might happen. CBEP is also co-sponsoring a workshop to share how towns can raise funds for climate resilience.

Climate change is now integrated into everything that CBEP does. For example, CBEP continues to engage in habitat restoration projects but with more explicit climate change considerations. In Harpswell, CBEP recently completed a project that raised vulnerable roads while simultaneously restoring salt marsh habitats. While CBEP feels like they have a clear understanding of natural resource impacts, they have identified the need to better understand the potential social impacts of climate change and work to integrate those considerations into their plans and activities.

The Casco Bay Estuary Partnership (CBEP) is one of 28 National Estuary Programs under the U.S. Environmental Protection Agency. It is a collaborative effort of local, state, and federal government organizations, non-profits, local businesses, citizens, and universities dedicated to protecting and restoring Casco Bay, Maine.