The Maryland Department of Natural Resources (DNR) has been a lead agency in the development and implementation of the 2008 Climate Action Plan, particularly in regards to adaptation. Phase I of the adaptation strategy focused on key strategies to reduce Maryland’s vulnerability to sea level rise and coastal storms. One of the recommendations in the report was to establish new criteria for land acquisition based upon climate change adaptation. DNR has implemented this recommendation by updating Maryland’s GreenPrint land conservation targeting application with new climate change Wetland Adaptation Areas that target lands most suitable for the inland retreat of Maryland’s coastal wetlands.

Maryland has over 4,000 miles of coastline with the majority of the coastal zone experiencing naturally occurring land subsidence. The low lying, sinking coastal areas make Maryland uniquely vulnerable to the effects of sea level rise. During the last century Maryland experienced a relative sea level rise of a foot, or twice the global average. This is in part due to the land subsidence or isostatic rebound in response to the last glaciation period. Recognizing this problem, the Maryland Department of Natural Resources released the report A Sea Level Rise Response Strategy for the State of Maryland in 2000. This preliminary report reviewed the sea level rise literature and associated research, identified Maryland’s vulnerability, and assessed Maryland’s existing response capabilities.

In 2008, DNR was selected to chair the Adaptation and Response Working Group and produced Chapter Five of the Climate Action Plan, Reducing Maryland’s Vulnerability to Climate Change. The chapter details Maryland’s acute vulnerability to rising sea-levels and proposed 19 policies that would enhance the state’s resilience to climate change. The strategy specifically calls for the identification of high-priority protection areas and recommends that the State strategically and cost-effectively direct protection and restoration actions toward lands that support climate change resilience.

Maryland pioneered a mapping tool called “GreenPrint” to help assess the relative ecological importance of every land parcel in the state. GreenPrint uses GIS software to create color-coded maps of information layers and aerial photographs to help land managers implement conservation strategies and identify land acquisition priorities.  The GreenPrint tool has allowed DNR to select ecologically valuable lands, “Targeted Ecological Areas,” and designate them as a conservation priority. As Maryland endeavors to adapt to climate change, the Climate Action Plan recommended that a new layer of information be added to the GreenPrint tool, a layer indicating climate change vulnerability and adaptation opportunities. In response, DNR undertook a two-year project with the help of a NOAA Coastal Management Fellow to develop GIS-based evaluation criteria to help identify and target coastal lands that could help the State of Maryland adapt to climate change.

The project was initiated in December 2009 with a “Coastal Land Conservation and Climate Change Workshop,” hosted by DNR and NOAA. The goals of the workshop were to: identify and prioritize climate change adaptation strategies in the context of coastal land conservation; develop criteria for evaluating and targeting on-the-ground implementation of climate change adaptation strategies through coastal land conservation practices; and identify data sources supportive of the identified criteria. After reviewing the recommendations from the December workshop one of the most important criteria identified was to help facilitate landward movement of coastal wetlands subject to dislocation by sea level rise. This was identified as cross-cutting criteria that would benefit all sectors having application for adaptation responses to sea level rise.  The potential loss of ecological functions coastal wetlands provide would affect all sectors through the loss of storm surge abatement, wildlife habitat, flood management and control, water quality, to name a few.

Climate change targeting areas were developed to address this goal and were added to Maryland’s GreenPrint land conservation targeting tool. In addition, an evaluation template was developed to review all lands being considered for conservation efforts by DNR.

Prior to the completion of the climate change targeting model, a parcel-level evaluation tool was developed in early 2010 at the request of Maryland’s Board of Public Works, which includes the Governor, Comptroller and Secretary. The parcel-level evaluation tool uses Maryland’s Coastal Atlas mapping application and existing climate change data layers to evaluate properties for their vulnerability, adaptation benefits and mitigation potential. DNR is currently reviewing all state conservation easements and acquisitions to evaluate site-level attributes that support climate change adaptation, including:  storm surge abatement and resiliency, mitigation and restoration opportunities that would increase the viability of coastal ecosystems and/or the carbon sequestration of the site, and future human ecology attributes. The review is completed on a project-by-project basis. Maryland’s climate change evaluation form is available through the Coastal Program’s website.

The results of the model produced priority areas for land conservation targeting in light of climate change affects of sea level rise in Maryland’s coastal counties. The data layers that were created from SLAMM and existing priority land and aquatic areas were summed together to find the highest priority areas that would allow for future wetland establishment, wildlife habitat, and wetland diversity. The totals were calculated to create Maryland’s Wetland Adaptation Areas. The top two tiers (medium and high priority areas) were then selected as the best-of-the-best for Maryland’s Targeted Ecological Areas (TEAs). These were incorporated into the TEAs that make up Maryland’s GreenPrint application for the targeting of the state’s land conservation dollars. This update process occurred from January 2011 to spring of 2012, during which a team of experts from DNR’s Wildlife and Heritage, Fisheries, Chesapeake and Coastal Service, Forestry, Office for a Sustainable Future, and Land Acquisition and Planning put forth new priority areas to update Maryland’s GreenPrint. The final outcome will be described on the GreenPrint website.  The full (low, medium and high) priority Wetland Adaptation Areas can be visualized on Maryland’s Coastal Atlas (www.dnr.state.md.us/ccp/coastalatlas).

Figure 1 displays the final outcome of the model matrix prioritization.  Dorchester County high priority areas, like many of the coastal extents, exclude extremely low-lying vulnerable areas that were projected to be open water or tidal flats by the SLAMM at year 2100. The high priority Wetland Adaptation Areas include a range from high to low based on the values given to each of the targeting critieria.

The implementation of this data into the TEAs will enable the GreenPrint targeting application to incorporate climate change considerations that will influence how Maryland’s Program Open Space, Coastal and Estuarine Land Conservation Program (CELCP), Maryland Environmental Trust and other state and local land conservation programs prioritize and target lands in the coastal zone. This approach to climate change adaptation using future wetland projections is unique and innovative way to address climate change in land conservation practices. This model approach can be adopted in different regions with existing comparable national, state and local datasets. 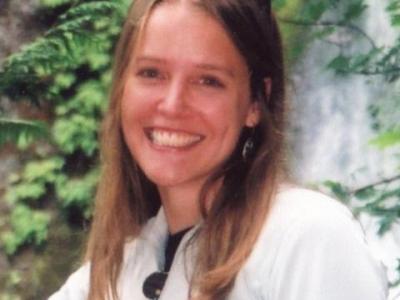 The Department of Natural Resources leads Maryland in securing a sustainable future for our environment, society, and economy by preserving, protecting, restoring, and enhancing the State’s natural resources.