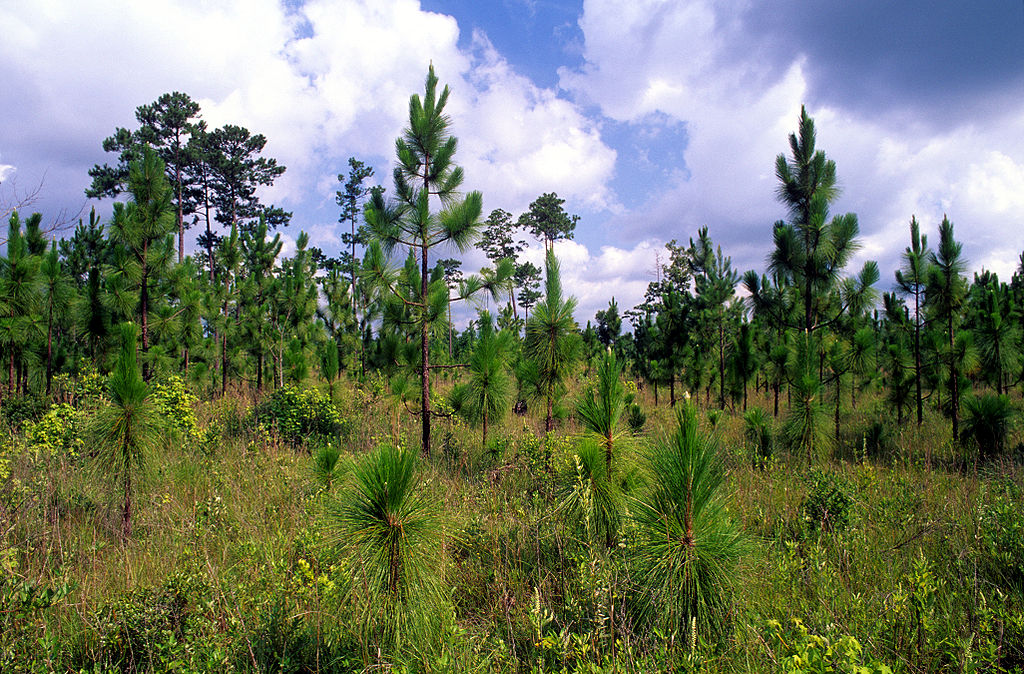 Photo attributed to Bill Lea. This work has been released into the public domain by its author. No endorsement by licensor implied.

In 2012, the U.S. Forest Service released a Planning Rule requiring the integration of climate change impacts, vulnerability, and adaptation into revisions of forest management plans. Between 2012 and 2016, the Francis Marion National Forest undertook the forest plan revision process, relying on the evaluation of changes that have occurred since 1996 as well as outcomes from public meetings and other outreach efforts. The initial revision was released in August 2016 and the final revised forest plan is effective as of May 2017.

Every national forest is guided by a land and resource management plan (commonly known as a forest plan) – a document that sets forth guiding management principles on a 10-15 year time horizon. Since 2012, the Francis Marion National Forest in coastal South Carolina has been undergoing a forest plan revision, and its revised plan is incorporating climate change considerations and promoting hydrological restoration. The 1996 Francis Marion Forest Plan focused largely on helping the forest recover from hurricane impacts, while the revised forest plan shifts management emphasis to ecological restoration of longleaf pine and isolated wetland ecosystems and using restoration to contribute to the economic and social sustainability of the region. Wetland restoration will benefit wildlife habitat, as well as help capture and hold stormwater, increasing flood protection for adjacent communities and helping recharge groundwater. In addition, restoring the natural hydrology of the forest’s wetlands may help mitigate some of the salinization occurring in nearby coastal communities, many of which are experiencing saltwater intrusion into drinking water wells.

In developing the plan, the forest engaged in several public outreach efforts between October 2012 and September 2013 to identify core themes to guide the revision process. Six themes emerged, including:

The plan emphasizes restoring and maintaining ecosystems that are resistant to change, and creating migration pathways and enhancing habitat connectivity to allow for species migrations in response to climate change. Aquatic connectivity is of particular concern for the Francis Marion National Forest, but sea level rise combined with extensive ditching and dikes on the landscape increases the extent that saltwater can penetrate inland freshwater courses. Increasing saltwater extent may reduce the range of freshwater species and/or increase invasive species risk. For example, lionfish can decimate local aquatic populations and are thought to have a high tolerance for low salinity, and may move further inland as sea levels rise. To monitor these types of impacts and to promote resilient management, the Forest Plan encourages adaptive management and lays out a specific monitoring framework, including a metric that evaluates how climate change impacts (drought, sea level rise, and storms) affect restoration success.

The plan was initially released in August 2016. An updated revised plan and associated Final Environmental Impact Statement was released in January 2017, and went into effect on May 1, 2017.

The Eastern Forest Environmental Threat Assessment Center was established as part of the USDA Forest Service's program under the Healthy Forests Restoration Act, and is part of a network of early warning activities established by the Forest Service nationwide.The mission of the Eastern Threat Center is to generate, integrate, and apply knowledge to predict, detect, and assess environmental threats to public and private forests of the east, and to deliver this knowledge to managers in ways that are timely, useful, and user friendly.