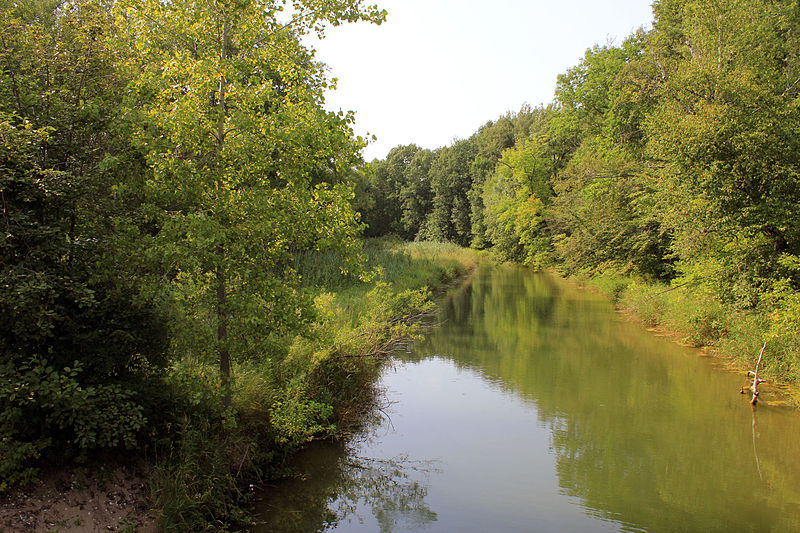 Photo attributed to Yinan Chen. This work has been released into the public domain by its author. No endorsement by licensor implied.

The Fond du Lac Band of Lake Superior Chippewa is taking both mitigation and adaptation measures to prepare for climate change. In addition to reducing emissions and improving energy efficiency on the reservation, the tribe is also incorporating climate change into its water resources monitoring program.

The Fond du Lac Band of Lake Superior Chippewa is one of six members of the Minnesota Chippewa Tribe. The Fond du Lac Reservation is located near Cloquet, Minnesota on the St. Louis River, which flows into Lake Superior. The Reservation encompasses 101,000 acres, which includes forests, wetlands, and wild rice waters (Tribal Profile 2012). Climate change impacts to the region include increased air temperatures and changes in precipitation patterns; secondary impacts may include flooding, drought, increased invasive species presence, species range shifts, and species loss. Many cultural and natural resources of importance to the tribe have been identified as being vulnerable to these impacts, including wild rice beds, fish and moose species, and habitat.

The Fond du Lac Band is undertaking both mitigation and adaptation efforts to prepare for and respond to climate change impacts. The tribe formally adopted the Kyoto Protocol in February 2007 and is actively working to increase energy efficiency, reduce greenhouse gas emissions from buildings, and employ green infrastructure techniques such as rain gardens. They are also conducting a monitoring program to create a baseline that can inform the tribe about climate-induced changes and trends in water levels and temperatures.

Water resources on the reservation include 44,000 acres of wetlands, 96 miles of streams, and 3,000 acres of lakes, 1,500 acres of which are designated wild rice waters (Costa 2004). The Fond du Lac Band Environmental Program’s Office of Water Protection has engaged in long-term water temperature monitoring since 2001. Continuous data loggers in the reservation’s six primary streams collect water temperature data from early spring to late fall every year. Recognizing that changes in water temperature and hydrology can be strong indicators of climatic change, the tribe, with the assistance of retired U.S. Geological Survey staff, installed continuous water level loggers in the same six streams to collect hydrologic data in 2010; these loggers record a pressure measurement every 30 minutes.

The tribe is using the information collected from the in situ stream data loggers to inform planning and management decisions with respect to important cultural resources such as wild rice, species, and habitat.

Information gathered from interview with project contact on March 31, 2011, publications, and other resources.

The Fond du Lac Band of Lake Superior Chippewa Reservation lies in Northeastern Minnesota adjacent to the city of Cloquet, MN, approximately 20 miles west of Duluth, MN. The Fond du Lac Reservation, established by the LaPointe Treaty of 1854, is one of six Reservations inhabited by members of the Minnesota Chippewa Tribe.

The Chippewa Nation is the second largest ethnic group of Indians in the United States. Archaeologists maintain that ancestors of the present day Chippewa have resided in the Great Lakes area since at least 800 A.D.