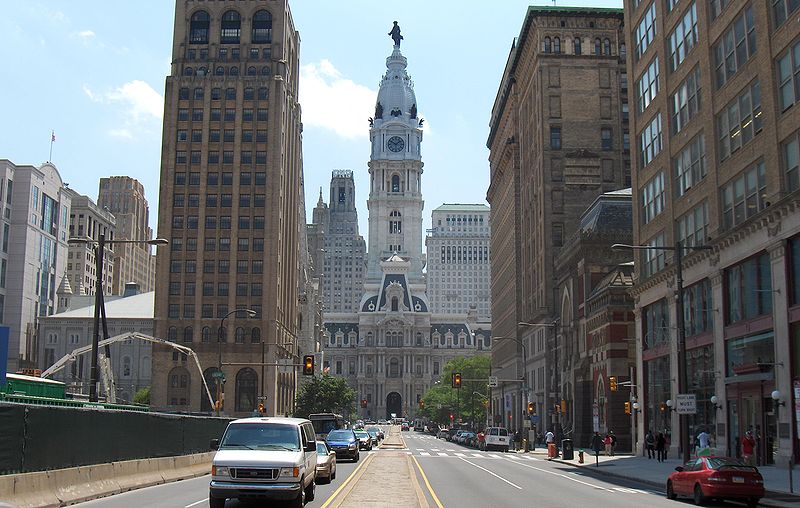 This photo is in the public domain. No endorsement implied.

The City of Philadelphia’s Department of Public Health (PDPH) is working to integrate climate change action into public health planning and outreach. While a formal climate and adaptation plan is still in progress, PDPH is actively working to engage the public on issues regarding climate-related risks to health and safety. PDPH aims to clarify public health concerns based on climate projections, identify vulnerable populations, secure funding and resources to quantify and estimate possible disease burdens caused by climate change, and develop and implement adaptation strategies.

As an urban center in the northeastern United States, Philadelphia is threatened by  extreme precipitation, extreme heat events, and flooding, which have direct links to human health and safety (e.g., displaced populations, infrastructure vulnerability, vector- and water-borne diseases, and heat-related illness). The city has one of the highest social vulnerability rankings within the state (Social Vulnerability Index = 0.9191). In 2015, the Philadelphia Mayor’s Office of Sustainability and ICF International released a climate action plan for the city. PDPH was part of the working group for this plan and provided a series of recommendations for climate adaptation. These recommendations included identifying threats from vector-borne disease, flooding, extreme heat, and air quality, and creating and maintaining cooling centers. The plan also recommends including climate change and health tracking metrics in a community health assessment, implementing regular mapping of vulnerable populations, and detailing information on projected changes in climate and increases in high heat days in health bulletins and outreach materials. PDPH hosts online resources on climate change and environmental hazards (such as air quality, extreme weather, and vector-borne diseases) that may be exacerbated by climate change.

PDPH participated in the working group for the city’s climate adaptation plan, Growing Stronger: Toward a Climate-Ready Philadelphia, which details the need to address changing climate extremes through adopting “new normals” and support for public health improvement in light of climate challenges. In 2015, PDPH obtained funding through the Public Health Institute’s Center for Climate Change and Health to participate in the Climate Change and Public Health Learning Collaborative. The project aimed to advance PDPH research on climate-related health impacts, particularly those linked to severe asthma (a major concern for Philadelphia). The project then expanded to encompass interests across a broader array of climate and health concerns. One of the major outcomes of this work was the Climate Change and Health Advisory Group, an assembly of 40 individuals representing healthcare and government agencies, academic institutions, and community-based organizations.

With input from the Advisory Group, PDPH is in the process of compiling and synthesizing information to develop a climate and health adaptation plan. PDPH is building Philadelphia’s capacity to deal with climate impacts on health by conducting research, developing resources and tools, facilitating and participating in community engagement and outreach, and collaborating with other city agencies to support climate-related emergency preparedness.

The main climate impacts of concern identified by PDPH include extreme heat, increased precipitation, flooding, and decreased air quality. PDPH’s developing climate and health adaptation plan will include sections on anticipated health impacts, at-risk populations, mitigation and adaptation strategies, and vulnerability indices and maps. The Climate Change and Health Advisory Group meets on a quarterly basis to discuss specific topics to be detailed in the plan (e.g., extreme heat, respiratory disease and air quality, and vector-borne diseases). A series of preliminary adaptation strategies have been developed that target the identification of at-risk populations, community engagement, research and data analysis, and severe weather response strategies and mass care capacity. Some short-term strategies include:

The climate and health plan is underway and is projected to take between 18-24 months to complete. There is no specific timeline for the completion or release of the proposed plan.

PDPH also actively conducts research to identify what residents know about climate change and how prepared they are for climate-related public health emergencies. This information is used to inform future actions, adaptation strategies, public information, and outreach initiatives. In July 2018, PDPH conducted a survey at participating Free Library of Philadelphia branches to assess these outcomes. Findings indicated that residents likely underestimate their current risk to the health effects of coastal storms and flooding and that a sizable proportion of residents are not prepared to handle such events in their home or neighborhood. PDPH also learned how residents cope with extreme heat events, and found that even though most have air conditioning in their homes, they are often not able to use it during high-heat days due to financial restrictions.

PDPH has utilized a variety of resources to support its research and planning efforts, including peer-reviewed scientific literature, agency reports, expert knowledge, in addition to published and collected data regarding historical weather trends. The department has used the Centers for Disease Control’s (CDC) BRACE Framework and Assessing Vulnerability to Climate Change: A Guide for Health Departments to identify methods and best practices for assessing local vulnerabilities (e.g., extreme heat vulnerability). PDPH has also looked to Arizona’s research on heat-related issues, as well as the cities of San Francisco and New York, the State of Maryland, and the counties of Los Angeles and Multnomah County.

PDPH has a public, online Health Information Portal that tracks health advisory alerts and surveillance data, and links to related online resources. A Heat Vulnerability Index (HVI) interactive map is accessible through this portal, and additional climate and health resources will soon be available on the platform. The online and interactive HVI tool developed by PDPH takes into account factors that increase sensitivity, exposure, and adaptive capacity to extreme heat events. The HVI maps areas within Philadelphia that are most at-risk to extreme heat, and this information has been utilized to identify optimal locations for cooling centers.

PDPH has worked closely with a number of partners including Drexel University, National Nurse-led Care Consortium (NNCC), Energy Coordinating Agency, Clean Air Council, and St. Christopher's Hospital for Children, among others. The city is part of the Climate and Urban Systems Partnership (CUSP), which pools resources to educate residents about climate change and emphasize local impacts. CUSP, led by the Franklin Institute, is well established in Philadelphia and includes over 90 institutions.

The Philadelphia Office of Sustainability (OOS) and PDPH are collaborating with other CUSP partners to address health impacts of concern through citywide initiatives that provide resources for citizen engagement and facilitate grassroots community workshops. These workshops provide educational materials, activities, and a discussion platform for the community at large. For example, PDPH included thermometers in “kits” distributed to attendees of an extreme heat-related workshop to help those in non-energy efficient housing or those at higher risk (e.g., senior citizens) know how hot it is in their homes. Other workshops have focused on severe storms and flooding, and how such events affect mold frequency, asthma rates, and chronic disease. Using the HVI, OOS identified the Hunting Park neighborhood as being at-risk for extreme heat impacts. In 2018, OOS, with support from PDPH and other partners, led a community-based Beat the Heat project in Hunting Park to help identify heat island mitigation strategies and coping mechanisms.

The Philadelphia Office of Emergency Management’s (OEM) 2018 Citywide Excessive Heat Plan, details citywide response actions to extreme heat events including public notifications; activation of city services, such as cooling centers; and outreach to the homeless. The plan describes thresholds and levels for declaring a Heat Health Emergency, which is the trigger for activating city services. PDPH has worked with the OEM to finetune the excessive heat warning system thresholds based on both National Weather Service (NWS) and local health data. Additionally, PDPH used 10+ years of syndromic surveillance data to identify trends in heat-related visits to emergency departments and compared the data with weather conditions during those times. Through this analysis, PDPH identified the conditions (e.g., heat index and duration of event) that are most likely to result in adverse health outcomes and used this information to develop a health-focused, rather than strictly weather-focused, system for issuing excessive heat declarations. The thresholds developed are part of PDPH Heat Emergency System and Emergency Preparedness initiatives and go beyond sending alerts alongside NWS watches and warnings. There are two levels to the heat emergency system: Heat Caution and Heat Health Emergency. A Heat Caution calls for action mainly at the city government level, notifying agencies and partners that a heat event is happening and that there should be an augmentation of public information particularly toward identified at-risk populations. During a Heat Health Emergency, a variety of city services are activated, including cooling centers and the Philadelphia Corporation for Aging Heatline, a call center available to all residents who may be experiencing difficulty during the heat event. In addition, during a Health Emergency, utility shut-offs due to residential non-payments are suspended and a city ordinance regarding pets being kept outdoors is activated. Preliminary assessment from the summers of 2017 and 2018 support this revised health-focused extreme heat warning system, although evaluation is ongoing.

PDPH seeks to frame climate change and health issues in ways that are relevant across sectors and scales in Philadelphia while keeping information local and solutions-focused, and emphasizing the importance of increasing citywide resilience and co-benefits of adaptation actions.

Barriers for PDPH’s climate-related work include limited funding, a shortage of dedicated staff, and a scarcity of technological resources (e.g., support for performing advanced statistical analyses to project disease burdens related to climate change). Despite these barriers, PDPH is supported by local stakeholders and institutions, and continues to involve citizens in climate and health-related outreach while the adaptation plan is in progress. The network of climate-related efforts that PDPH is part of in Philadelphia is a great support to facilitating the quantity and quality of PDPH’s work.

Braddock KN. 2019. Local efforts to address climate change and public health in Philadelphia [Case study on a project of the Philadelphia Department of Public Health and the City of Philadelphia]. Product of EcoAdapt's State of Adaptation Program. Retrieved from CAKE: https://www.cakex.org/case-studies/local-efforts-address-climate-change-and-public-health-philadelphia (Last updated June 2019)

The mission of the Department of Public Health is to protect and promote the health of all Philadelphians and to provide a safety net for the most vulnerable. 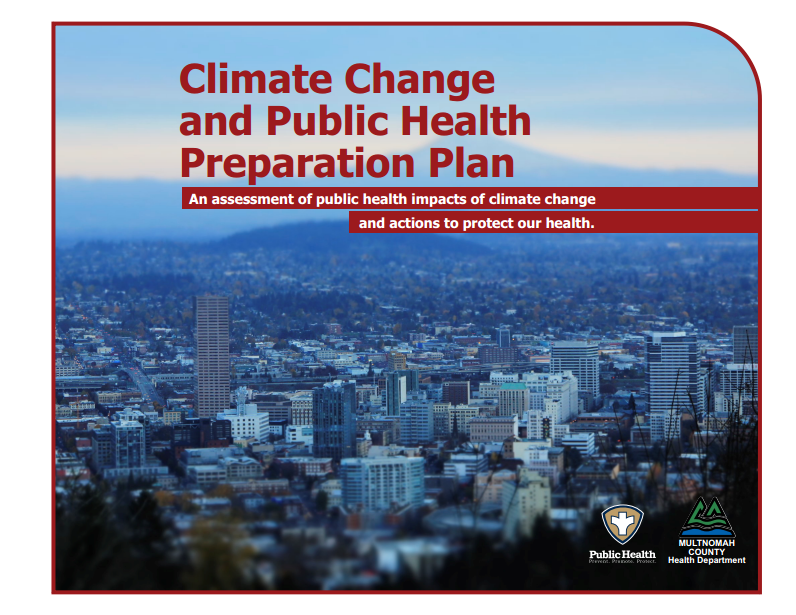 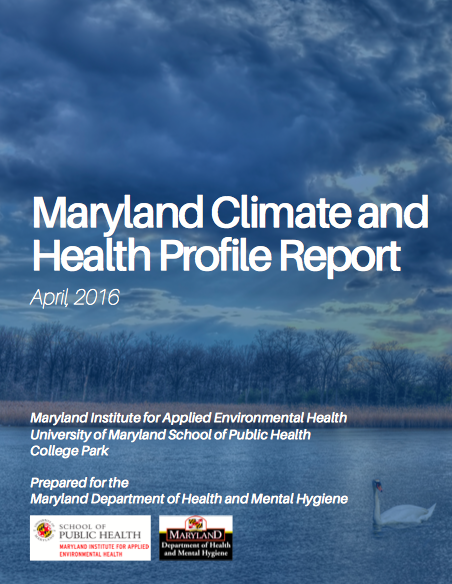 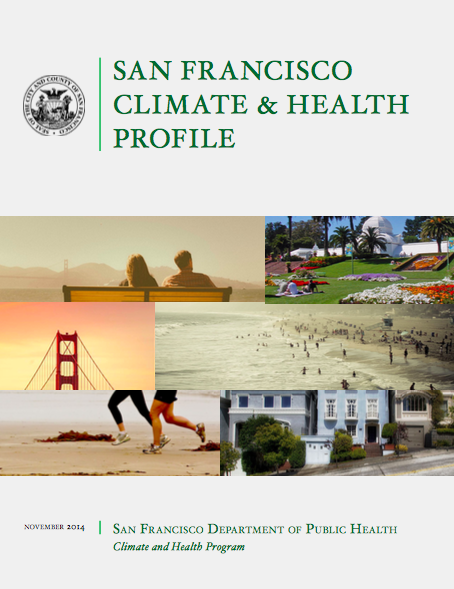 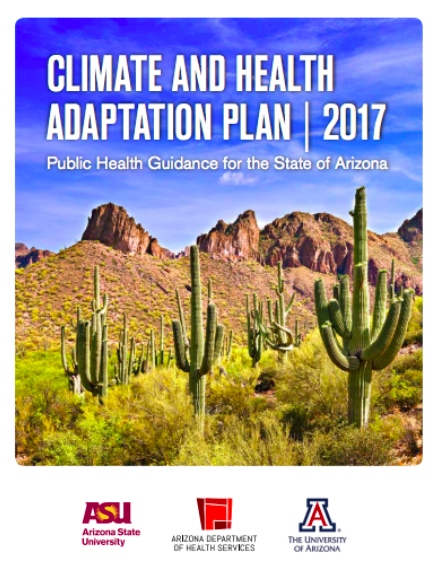 Your Health and Climate Change in Los Angeles County 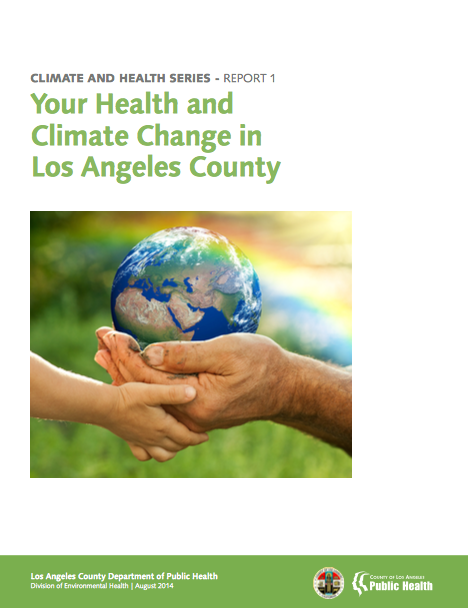 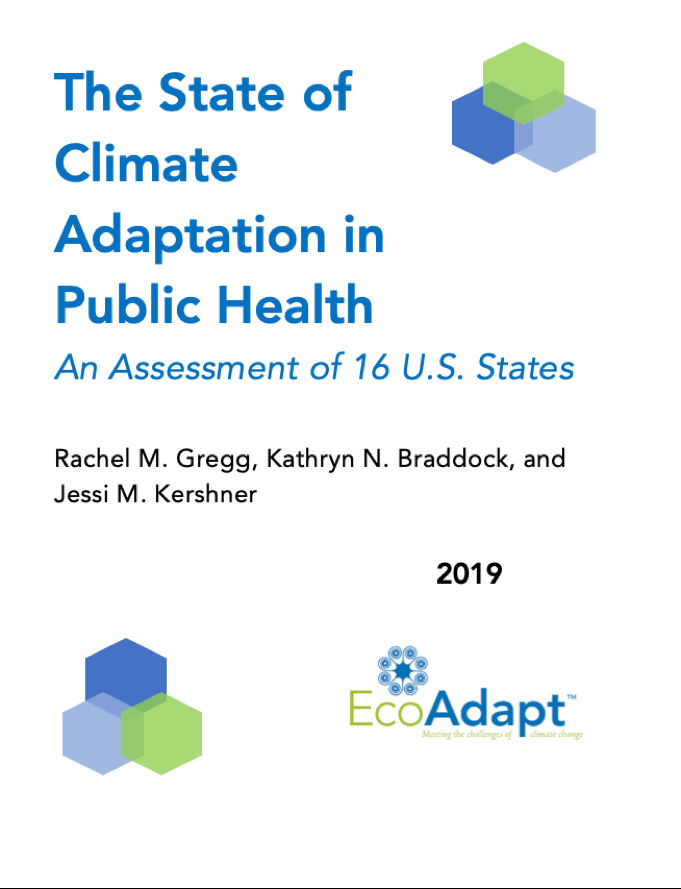