Photo attributed to US BLM. This work has been released into the public domain because it is a work prepared by an officer or employee of the United States Government as part of that person’s official duties under the terms of Title 17, Chapter 1, Section 105 of the US Code. No endorsement by licensor implied.

The Clark Fork watershed extends from Butte, MT to Sandpoint, ID and drains nearly the entire western portion of Montana. Based on decades of data and observations, it is clear that the Clark Fork River basin is already experiencing changing climate conditions including droughts, increased wildfires, decreased snowpack, shrinking glaciers, and early runoff. In response, the Clark Fork Coalition wrote a report, Low Flows Hot Trout: Climate Change in the Clark Fork Watershed, examining likely climate change impacts in the watershed and offering strategies to adapt to these impacts that range from individual actions to larger-scale policy changes.

The Clark Fork Coalition is a non-profit organization located in Missoula, Montana. The organization is dedicated to protecting and restoring the Clark Fork River basin, a 22,000-square-mile area that extends from Butte, MT to Sandpoint, ID. Founded in 1985, the Clark Fork Coalition dedicates a large share of its program work to watershed restoration, including planting and restoring riparian vegetation, fixing degraded and disconnected creeks and streams, restoring eroding streambanks, removing fish passage barriers, and working with landowners to keep water in streams. In late 2007 they began working on researching climate change impacts and adaptation strategies for the basin.

Climate change impacts in the Clark Fork basin include a 1-2˚C increase in average temperature, longer growing season, changes in seasonal patterns of temperature and precipitation, shrinking spring snowpack and earlier spring runoff, melting glaciers, and declining river flows. These impacts are predicted to lead to a myriad of effects including an increase in major wildfires and length of the fire season, a 5-30% decrease in trout habitat leading to decreased numbers of sensitive species such as bull trout, declining water-dependent bird populations, loss of whitebark pine, and shifts in geographic distributions and behaviors of organisms.

In July 2008, the Clark Fork Coalition, in partnership with the National Wildlife Federation, published Low Flows Hot Trout: Climate Change in the Clark Fork Watershed, which examined climate change impacts in the Clark Fork watershed and developed strategies to adapt to these impacts. The report was funded through several different mechanisms including government grants, foundation support, and Clark Fork Coalition members. The report was divided into two sections: (I) the science and what it means, and (II) actions and policies to shape the future. In Section I, global climate change models were downscaled to the local level to predict the ways in which climate change would likely affect temperature, precipitation, stream flows, glaciers, forests, fish, and wildlife in the Clark Fork basin. Section II suggests how Clark Fork’s citizens, businesses, and officials can respond to the projected impacts by addressing population growth, water use and efficiency, restoration, and recreation activities.

Climate change is already having an impact in the Clark Fork basin, thus the Clark Fork Coalition tried to emphasize implementation of proactive and positive strategies for people and ecosystems to adapt to climate change impacts. For example, the report suggests adaptation strategies such as minimizing urban sprawl; building fewer homes in fire-prone areas; allowing streams to utilize more floodplain area; boosting water conservation measures for homes, businesses, ranches and farms; and improving water delivery systems such as canals and ditches to increase water efficiency.

Finally, the Clark Fork watershed is becoming a model of a successful ‘restoration economy’. Over $600 million of Superfund cleanup and restoration dollars have been invested into the upper Clark Fork. These funds will allow the region to develop innovative and unique landscape-level approaches to adaptation and conservation.

Low Flows Hot Trout: Climate Change in the Clark Fork Watershed had a great reception. The Clark Fork Coalition conducted extensive outreach surrounding its release. The report was introduced at a press luncheon in downtown Missoula that was attended by over 250 individuals, including conservation partners, local government leaders, interested citizens, and the press. Shortly following this inaugural luncheon, the Coalition hosted a “Headwaters Summit” conference at the University of Montana, bringing together water and land conservation partners from across the Pacific Northwest to discuss the impacts of climate change on their region. Since the conference, they have continued to roll out their report at the local, regional, and national level. Locally, they presented the report to business groups, realtors, conservation groups, students, and Kiwanis groups. Regionally, they showcased the report at the Headwaters Summit, to state conservation partners, and to state legislators. They have also presented the report twice at River Network trainings and national conferences in 2010. These presentations have served to jumpstart initiatives by other watershed groups dealing with the impacts of climate change. For example, the Utah Rivers Council used the report as an impetus to develop adaptation strategies and write a similar report for different Utah watersheds.

In addition, the Clark Fork Coalition is working on ways to increase the effectiveness of their outreach as well as making sure their local story is told to a wider audience. For example, they have created a website for the report, which is intended as a central resource for local and state policy makers and community leaders as they work toward developing adaptation strategies. The Clark Fork Coalition continues to conduct outreach and promote strategies based on findings in Low Flows, Hot Trout. They will give two presentations in 2011, one to the 2011 River Rally in Charleston, SC, and one to the Colorado Watershed Assembly at their 2011 conference in Vail, CO. The Coalition is also involved in the ClimateWise process as a convening partner, which will offer data regarding the impacts of climate change on ecological and economic sectors in Missoula County. The Coalition is tasked with bringing stakeholders together, hosting a two-day workshop, and disseminating a report and recommendations based on the findings throughout the process.

Meanwhile, on the policy end, they are working to accomplish the following: using legislative, administrative, and legal levers to fix the “exempt well rule” in Montana, which encourages subdivisions to use multiple individual wells without oversight of impacts on streams, groundwater, land sprawl, or other water users; revising and funding the Montana Aquatic Invasive Species Act; protecting Montana’s instream flow laws; and engaging citizens in the pending sale of Missoula’s private water utility, Mountain Water Company, to The Carlyle Group, a $98 billion global investment firm.

Kershner, J. (2011). Low Flows and Hot Trout: Dealing with the Effects of Climate Change in the Clark Fork Watershed [Case study on a project of the Clark Fork Coalition]. Product of EcoAdapt's State of Adaptation Program. Retrieved from CAKE: http://www.cakex.org/case-studies/low-flows-and-hot-trout-dealing-effect... (Last updated July 2011) 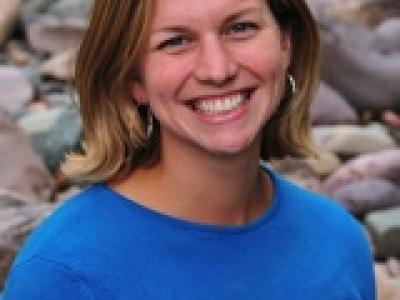 Reverend Maclean explains trout fly fishing to his sons, Norman and Paul, in A River Runs Through It as “an art that is performed on a four-count rhythm between ten and two o’clock.” This art is big business in Montana—the Department of Fish, Wildlife, and Parks estimated that Missoula County alone generated $30.2 million in fishing revenue in 2005.