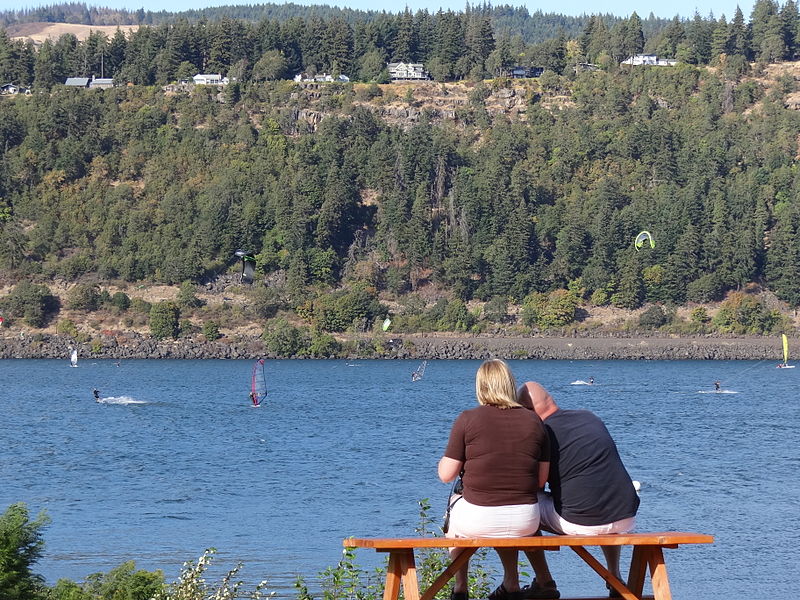 The Oregon Health Authority’s Climate and Health Program is striving to integrate climate change into public health practice, systems, and policies to ensure that all Oregon residents have equitable access to clean air, clean water, and healthy food. The department has worked with five local health jurisdictions to create and implement adaptation plans, and created a Resilience Toolkit based on lessons learned to support other local entities in similar efforts. The Climate and Health Program has also developed a state-level Climate and Health Resilience Plan, which identifies overarching resilience strategies and associated implementation activities for state and local agencies. They are also working to increase climate literacy and information sharing among public health practitioners by convening the Northwest Climate and Health network in collaboration with the Washington Department of Health. The program is also actively working to increase integration of climate change, health, and equity principles across different agencies and in state policy by convening an interagency climate working group, writing policy papers on climate risks to public health, and collecting and sharing community perspectives and priorities with decision-makers.

The Oregon Health Authority (OHA), Oregon’s state health department, was one of the first states to receive competitive grant funding from the Centers for Disease Control and Prevention (CDC)’s Climate-Ready States and Cities Initiative. OHA received initial funding in 2010, and largely passed funds down to five local health jurisdictions to develop local climate and health adaptation plans. Collectively referred to as the Oregon Climate and Health Collaborative (OCHC), these local jurisdictions include Benton, Crook, Jackson, and Multnomah Counties, and the North Central Public Health District, which serves Wasco, Sherman, and Gilliam Counties.

The primary goal of OHA’s Climate and Health Program is to integrate climate change into public health systems, practice, and policies. Oregon’s diverse geography means its communities face numerous climate challenges, such as extreme heat, flooding, drought, sea level rise, and wildfire. The Climate and Health Program is working to ensure that all Oregon residents, including the most vulnerable populations, have access to clean air, clean water, and healthy food.

With initial CDC funding, the Climate and Health Program worked with the five OCHC members from 2010-2013 to pilot the CDC’s Building Resilience Against Climate Effects (BRACE) framework. Each jurisdiction developed county-level climate and health adaptation plans, which were published in 2013. OHA collected lessons learned from these pilots and created a Resilience Planning Toolkit, which is a modified version of the BRACE framework and aims to provide guidance for local jurisdictions on how to integrate climate change into local public health practice. In 2016-2017, the Climate and Health Program received and then distributed further CDC funding to the five OCHC members ($28,000 each) to begin implementing interventions identified in their adaptation plans.

At the state level, OHA’s Climate and Health Program has been working to integrate climate change considerations across all health department sections and state agencies. For example, they convene an interagency climate working group comprised of 20 different state agencies. As the convener, they work to ensure that health, community perspectives, and equity are central to decision-making. OHA is committed to ensuring that its most vulnerable residents have a voice and that their perspectives are present in policy decisions. To this end, they have collaborated with community partners, such as the Confederated Tribe of Warm Springs, to better identify and share community concerns and priorities.

Major milestones for the OHA’s Climate and Health Program include:

The Climate and Health Program tracks annual progress on climate and health initiatives. The development of the 2017 Climate and Health Resilience Plan has been very helpful because the program can now measure progress on plan-identified activities. The program produces annual progress reports, which have also been integrated into other health division program reports and OHA Public Health Division’s Strategic Plan, marking significant progress as it is the first time climate change has been featured in such capacity.

The Climate and Health Program is also in the process of collecting and analyzing data on the health outcomes of climate change. Specifically, they are using the state syndromic surveillance system to track emergency room visits during climate-related events (e.g., heat waves), and have collected over two years of data so far. Having near real-time data facilitates communication with decision-makers and the media during climate-related events, and also helps to inform future health intervention activities.

One major facilitating factor in the Climate and Health Program’s work has been a transition from using a hazard mitigation framework to using an all-hazards, strengths-based approach to resilience planning. Rather than focusing on how to address discrete climate risks, the program instead asks, “What do we do well? What can we leverage to build resilience to multiple climate stressors?” This allows program staff to focus on longer-term, anticipatory changes to public health policies, systems, and practices that simultaneously address many different climate risks. The Climate and Health Program has also experienced success by changing the phrasing of their work from “adaptation” to “resilience,” which has fostered productive dialogue among diverse stakeholders and has made it easier to identify opportunities for achieving co-benefits.

Moving into the future, the Climate and Health Program is focused on bringing health and climate change to the attention of decision-makers in the hopes of driving equitable climate-informed state policy. Influencing policy will hopefully increase funding for health resilience work. For example, the state is considering a cap and trade policy to reduce greenhouse gas emissions, and reduce co-pollutants that impact health. Additionally, revenues from this policy could be re-invested in communities most impacted by climate change, and fund local interventions that both improve community health and address broader climate impacts.

In addition to policy work, OHA’s Climate and Health Program will continue to support local health departments in addressing climate change. The agency currently does not have funding to provide grants to additional jurisdictions as they did for OCHC members, but they try to provide local jurisdictions with technical assistance, data analysis, and planning support to facilitate local adaptation action.

The Oregon Health Authority is at the forefront of lowering and containing costs, improving quality and increasing access to health care in order to improve the lifelong health of Oregonians. View OHA's top-level organization, including divisions and major programs. OHA is overseen by the nine-member citizen Oregon Health Policy Board working towards comprehensive health reform in our state.