Marine Turtles and Communities Adaptation to Climate Change in Junquillal 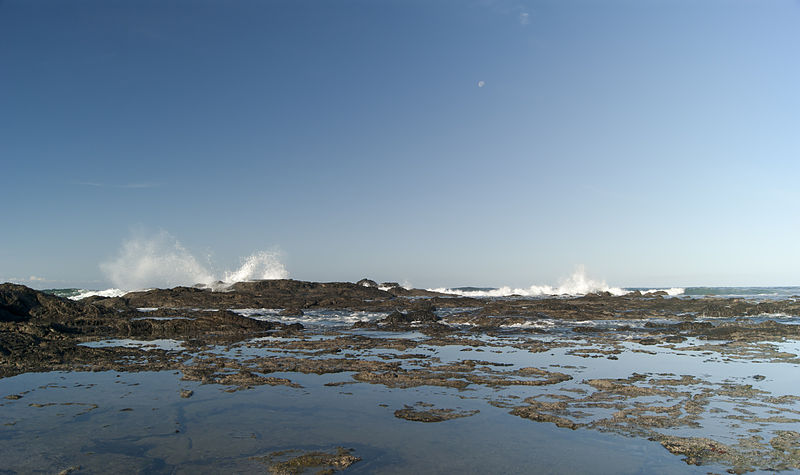 Junquillal Beach on the north Pacific coast of Costa Rica is a representative example of many places in Latin American and the Caribbean where wildlife and communities are already feeling the impacts of climate change. In 2005, with the support of the community, the World Wildlife Fund (WWF) started the project “Conservation of Pacific Leatherbacks” [in Spanish, Conservación – Baulas del Pacífico (CBP)]. The CBP Program includes the monitoring and protection of sea turtle nesting sites, community education and training programs, and the development of flooding maps for the Junquillal area.

WWF’s Marine and Species Program in Latin America and the Caribbean and the Global Climate Change Program have designed a project to address the impacts of climate change on marine turtles and their habitats in order to re-engineer accordingly our marine conservation portfolio with adaptation strategies. Decades of conservation investment may be wasted, if we do not prepare habitats to best respond to the impacts of climate change. For example, increasing temperatures cause overheating of beach sand, thus shifting sex ratios toward females or hampering development altogether, while sea level rise threatens to erode away key nesting sites. The LAC Marine Turtle & Climate Change program was launched in 2007 to address these challenges. Its scope includes the Wider Caribbean, the Eastern Pacific coast, and priority marine ecoregions such as the Galapagos and the Mesoamerican Reef. Currently, the program is assessing the vulnerability of key marine turtle nesting sites and feeding habitats to climate change. A grant worth US$280k from MacArthur Foundation and Hewlett Packard kicked off this project, with an initial focus on securing the knowledge base and diagnostic tools. Simultaneously, Junquillal beach is the site to learn by doing, in which a sand temperature monitoring protocol was developed, techniques for ex-situ temperature control are perfected, coastal vegetation is restored to provide cooling shade to in-situ nests, and adaptation thinking is streamlined into community planning processes. Junquillal is the jumping board to scale up the field implementation of adaptation measures in the region.

The community of Junquillal is a small coastal village situated along a strip of land which is home to just 250 people. Despite its small size, Junquillal’s beach is one of the most important nesting sites of the critically endangered Pacific Leatherback turtle (Dermochelys coriacea), as well as Olive Ridleys (Lepidochelys olivacea) and Pacific Greens (Chelonia mydas agassizii), yet is not under any government protection. Apart from the typical threats of poaching, coastal development, and light pollution, these nesting beaches are highly vulnerable to the changing climate.

By monitoring turtle nests and measuring sand temperature, we have shown that on only a few areas of the beach with remnant patches of native vegetation does the sand temperature stay cool enough for nests to survive during the torrid dry season. We were also able to see that after seven years of stability, we lost between 8 and 15 m of vegetation-covered beach to the progressive advance of the sea in the last two years. This was a cause for concern among the Junquillal community, as the continued loss of beach, apart from eliminating turtle nesting areas, would soon compromise infrastructure such as roads and buildings. Meanwhile, a study carried out by WWF showed that the lowest zones of Junquillal are associated with the mangrove forest that lines the coast for a distance of 200 m and along the river estuary that runs behind the village and empties into the sea. Under conditions of sea-level rise, the most flooded area would be in this estuary, on the inland side of Junquillal. An additional vulnerability is that 60% of Junquillal is built on an old sand bar whose highest point is on the coast, a situation that would further increase the risk of erosion and flooding during spring tides and other extraordinary swells.

Rather than shrink from these challenges, the community and the CBP decided to take action. While we continued to monitor the beach to track the changing environment, in 2008, we built upon a socio-environmental assessment and began a process of public outreach and training for Junquillal and neighboring communities. This process culminated in a participatory workshop with everyone from business leaders in the hotel and construction industry to homemakers and CBP staff. Together, they developed an integrated focus on marine turtle conservation, climate change, and community well-being. At this meeting it was agreed to implement a three-year restoration plan for the native coastal forest which was deforested during the last century. In 2009, following various training and strategic planning meetings, a group of 50 community members accompanied by a technical team and government employees, began planting 1,400 native trees along 650 m of the beach. While they protect these trees, the community plans to plant 1,000 more trees in 2010. We’ve also developed a dedicated nursery for native coastal trees and we process organic waste for the production of organic fertilizer to be used in this year’s planting.

In another initiative, The Junquillal Development Association (ADIJ) and the CBP are working out a land use planning regime that considers setbacks in areas vulnerable to flooding in Junquillal as well as neighboring coastal communities. At the same time that two contractors from the implementing agency BID-Catastro are drawing up coastal and county regulatory plans for the province of Guanacaste, representatives from the ADIJ and CBP are being trained in the design of regulatory plans and participating in workshops to create such plans. In meetings with the contractors, we have contributed technical information derived from nine years of research to be incorporated into land-use planning. With this contribution, we hope to prevent the negative impacts of the advance of the sea and avoid the ultimate loss of the beaches, as much for the turtle nesting as for people’s enjoyment.

During nearly four years of work, this initiative has achieved a profound change in the relationship between the human community and the nesting turtles:

Adaptation to climate change in Junquillal