Photo attributed to Ekem. This work has been released into the public domain.

In 2010, the Federal Highway Administration (FHWA) selected five pilot teams from across the country to test a climate change vulnerability assessment model. This conceptual model guided transportation agencies through the process of collecting and integrating climate and asset data in order to identify critical vulnerabilities. During this year-long pilot program, the pilot teams formed a community of practice, exchanged ideas, presented draft results, and participated in a series of webinars and peer exchanges. FHWA used the feedback and lessons learned from the pilot projects to revise the draft conceptual model into the Climate Change & Extreme Weather Vulnerability Assessment Framework. The framework is available on the FHWA website. This case study is focused on North New Jersey.

In recognition that climate change poses a growing threat to transportation infrastructure and operations, the North Jersey Transportation Planning Authority (NJTPA) led the interagency Climate Change Adaptation Research Partnership (NJ Partnership) to assess the vulnerability of transportation systems. Much of the state's infrastructure is aging and concentrated near major rivers and the coast. The NJ Partnership wanted to understand how to make more strategic capital investments in light of the changing climate. To accomplish this goal, the project team conducted a Geographic Information System (GIS)-based climate vulnerability assessment on transportation assets in two geographic areas of focus.

The NJ Partnership team responsible for the project included:

Determine criticality. The project team assigned assets into tiers of criticality based on the extent to which each asset connects critical destinations. The following factors determined criticality:

Using GIS, the project team scored assets according to these criteria and then grouped them into three tiers of criticality, "low and medium," "high," and "extreme."

Develop climate scenarios. The NJ Partnership developed sophisticated climate analyses using a range of tools, including the Sea, Lake, and Overland Surges from Hurricanes (SLOSH) model, SimCLIM, and a statistical model of inland floodplains. Each analysis considered a range of potential climate change scenarios based on multiple climate models and emissions pathways across two timeframes (2050 and 2100). For example, the analysis of expected changes to temperature and precipitation considered three emissions scenarios (high, medium, and low) that bracketed the uncertainty of the projections resulting from variability in emissions scenarios and model outputs.

In addition to temperature and precipitation, the project team mapped potential inundation scenarios for sea level rise, storm surge, and inland flooding. For example, the inland flooding assessment used a statistical model to project future changes to the 1-in-100 year floodplain, based on climate data from the low, medium, and high emissions scenarios (see Figure 1). In the case of storm surge, the Partnership focused on the storm surge of a Category 1 high tide hurricane event (corresponding to roughly 6 feet of inundation according to SLOSH models).

Assess vulnerability. This study defined an asset's vulnerability to climate change based on two factors: the potential for a climate stressor to impact a particular asset and the resiliency of the asset to that stressor. The analysis determined an asset's exposure to climate change by spatially overlaying the locations of transportation assets with sea level rise, storm surge, and inland flooding scenario extents in GIS. In order to create these inundation maps, the project team utilized Digital Elevation Maps (DEMs) using existing Light Detection and Ranging (LiDAR) datasets.

However, the project team recognized that simply because an asset is exposed to climate change does not mean that it will necessarily suffer damage or disruption. Predicting the degree of expected damage requires drawing a link between climate stressors and damage, or evaluating the sensitivity of assets. While operating ratings and other specifications can provide insights into these relationships, asset failure is dependent on many site-specific factors. In order to capture institutional knowledge of existing vulnerabilities and thresholds for failure, the project team conducted structured interviews and focus groups with experts from divisions across NJDOT and NJ TRANSIT. Finally, the team also asked experts about which assets could be restored rapidly following extreme weather disruptions in order to evaluate asset adaptive capacity.

Vulnerable assets. The assessment mapped the extent of transportation infrastructure that may be exposed to inland flooding, sea level rise, and storms (see Figure 2). For example, the Partnership found that the 1-in-100 year floodplain will expand under future climate conditions, with the greatest expansion occurring under the most severe scenario. The results of this expansion could be significant by 2050 and highly disruptive by 2100, with over 19 miles of critical roadway at risk of inundation. As demonstrated during Hurricane Irene, rail in this region is particularly vulnerable to flooding from heavy rainfall.

Figure 2: Impacts of projected 1 meter sea level rise in 2100 on roadways in the Coastal Study Area

The interviews with internal stakeholders revealed potential sensitivities of the transportation system to heat and heavy rainfall. For example, NJ TRANSIT indicated that temperatures higher than 95°F will increase the risk of rail kinks. Another likely impact of hotter days on rail is that overhead wires, or catenaries, may sag or experience pulley failures during extreme heat. Highways may be less sensitive to heat because, while asphalt pavements on roadways are susceptible to rutting over time, the Partnership found that the State is already using higher grade binders and newer mixes to mitigate the impacts of temperature.

Potential adaptation options. This study developed a series of matrices to identify potential adaptation strategies that could be implemented at the planning, design, and operations phases of transportation decision making (see Figure 3). The matrices also indicate whether impacts are expected to occur more or less frequently in the absence of adaptation. For example, siting future infrastructure out of or above estimated flood impact zones, enhancing shoreline infrastructure protection, and effectively notifying travelers of flooded roadways are three possible strategies for managing sea level rise.

Meaningfully engage a diverse team of stakeholders. The NJ Partnership was able to engage a range of technical experts and stakeholders who were deeply familiar with the relevant asset management and project pipeline processes. One of the successes of the NJ Partnership is that it effectively included feedback from the intended users of the study from the beginning. In addition, the project strengthened interagency relationships and built the capacity of stakeholders to better evaluate and respond to climate threats.

Recognize limitations. The project team recognized limitations during each step of their vulnerability assessment. As with any quantitative assessment, gaps in asset and climate data and analytical approaches were encountered. However, the Partnership developed strategies for moving forward despite these limitations. For example, the team relied on scenarios to bracket uncertainty in climate projections.

Updates and Next Steps

Less than a year after this study concluded, Superstorm Sandy inundated New Jersey. Even though the storm was downgraded from a hurricane when it hit New Jersey, 13 foot storm surges flooded the region's coastal infrastructure. The unexpected severity of Sandy revealed that previous storm surge modeling of 6 feet was likely too conservative to capture the true "worst case scenario."

The Partnership plans to use this climate event as a learning opportunity and is currently pursuing efforts to further evaluate hurricane and tropical storm risk. Some of the next steps underway build on the recommendations from this pilot project.

Assess vulnerabilities at broader and narrower geographic scopes. NJTPA is currently building on the results of this study to conduct two additional assessments. First, the agency is collaborating with transportation agencies across New York, New Jersey, and Connecticut to assess vulnerability and find adaptation opportunities in the wake of Superstorm Sandy. Second, the agency is working with the U.S. Army Corps of Engineers and the NJDEP to assess flood risk management options in the Passaic River Basin.

The NJTPA is the federally authorized Metropolitan Planning Organization for 6.6 million people in the 13-county northern New Jersey region. Each year, the NJTPA oversees more than $2 billion in transportation improvement projects and provides a forum for interagency cooperation and public input. It also sponsors and conducts studies, assists county planning agencies and monitors compliance with national air quality goals. This section provides information about our key responsibilities, our governing Board and transportation planning. 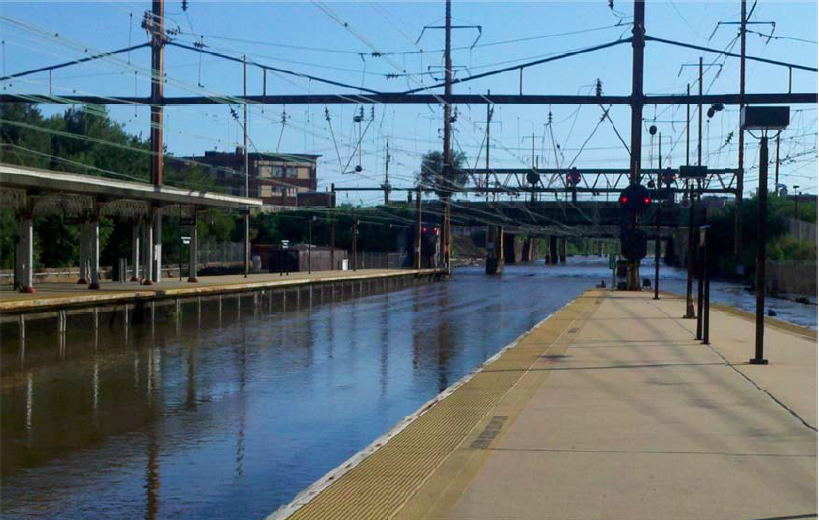