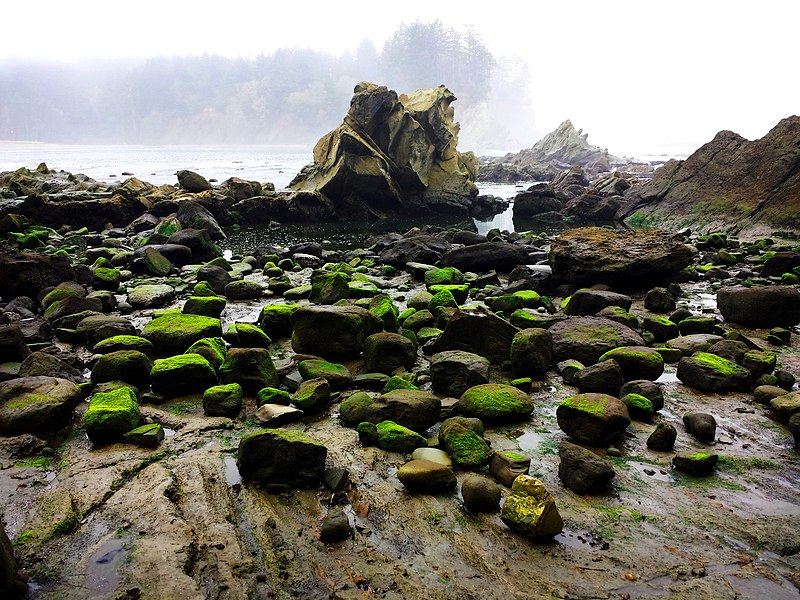 Projected climate change impacts along the Oregon coast include sea level rise, increased erosion, drought, flooding, infrastructure damage, invasive species issues, changes in estuaries, and altered ecosystems. To help coastal communities and natural systems adapt to these impacts, the Oregon Shores Conservation Coalition created the Climate Action Program (CAP) in 2009. Two conferences held by Oregon Shores, one in June 2009 and the other in May 2010, examined the implications of climate change for the coastal landscape as well as ways to adapt. Following the conferences, Oregon Shores received grant funding for their Coastal Climate Change Adaptation Project (now the Climate Program).

The Climate Program works with local citizens at the city and county level to develop long-range plans for responding to and preparing for the likely impacts of climate change along the Oregon Coast. In 2011, the Climate Program launched a pilot adaptation project in Lincoln County, Oregon. They have begun organizing citizen action groups or “core teams” in the communities of Newport, Yachats, and the county as a whole. The core teams help organize a broader constituency for climate change planning, review educational materials, help develop sample adaptation plans, and ensure that the entire process is informed by local knowledge and experience.

In 2015, Oregon Shores’ climate program released Citizen’s Guide: Adapting to Climate Change on the Oregon Coast. This document is a combination of background papers written for citizens interested in climate science written as part of the 2009 Coastal Climate Change Adaptation Project as well as an overview of climate science, adaptation planning, and scientific and policy considerations. They continue to engage a wider network of people who would like to stay informed and potentially participate in a community effort to address climate-related impacts. In addition, they have collaborated with a board member and an Oregon State University Extension Specialist on program development and evaluation in order to learn from successes and failures. Oregon Shores also facilitates the CoastWatch program that allows volunteers to report natural- and human-induced impacts that may lead to changes in shoreline ecology, land use planning, and ocean management.

Funding for the original 2009 Coastal Climate Change Adaptation Project was provided by: Meyer Memorial Trust ($25K for one year of project funding), Spirit Mountain Community Fund ($25K), and Oregon Shores General Fund ($49K). A grant from the Lamb-Baldwin Foundation provided funding for the development of the Citizen’s Guide, which is now available as a free online tool.

In Oregon, the beaches belong to the people. As part of Oregon's tradition of environmental stewardship, the Oregon Shores Conservation Coalition serves as the guardian of the public interest for our coastal region. Oregon Shores is dedicated to preserving the natural communities, ecosystems and landscapes of the Oregon coast while conserving the public's access.  Oregon Shores pursues these ends through education, advocacy, and engaging citizens to keep watch over and defend the Oregon coast.

Citizen’s Guide: Adapting to Climate Change on the Oregon Coast 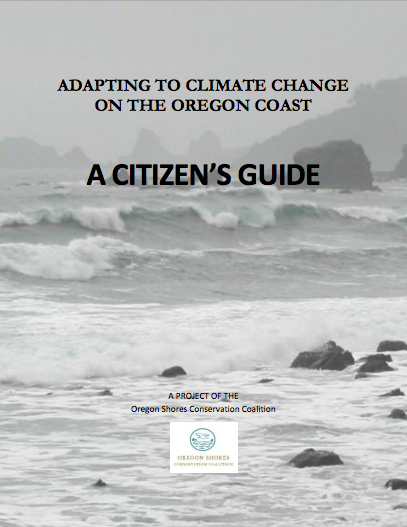