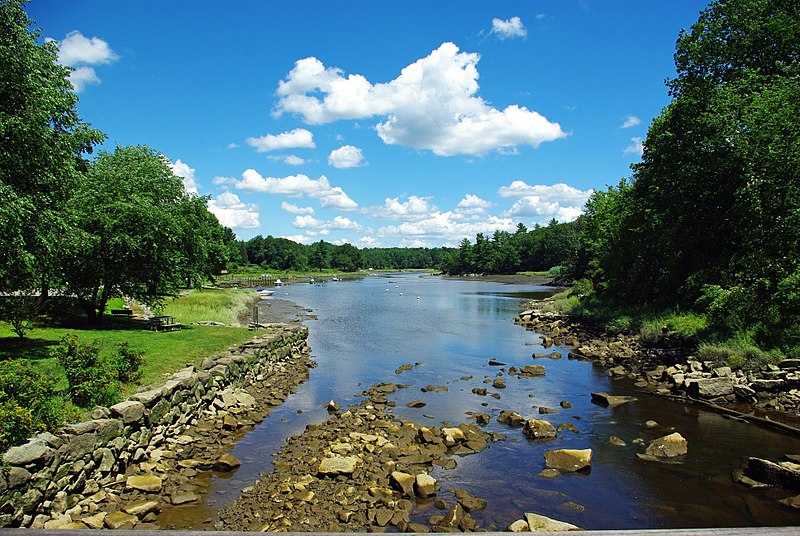 As a pilot project of the Climate Ready Estuaries Program, this study addresses climate adaptation on a watershed scale and provides a methodology for other coastal watersheds seeking to incorporate future climate conditions in planning and development. In 2008, the Piscataqua Region Estuaries Partnership (PREP) received a grant to conduct an inventory and assessment of climate change impacts on road and stream networks in the Oyster River watershed. The team identified specific culverts that are likely to fail under projected precipitation changes associated with climate change, and developed specific recommendations to help reduce habitat degradation, infrastructure damage, and public safety risks from flooding.

This was a pilot project of the Climate Ready Estuaries Program to identify and assess potentially vulnerable road culverts in the Oyster River watershed. Many culverts are vulnerable to failure from flooding during extreme precipitation events that are occurring more frequently with climate change. PREP worked with partners, including the local Department of Public Works, to assess culverts, model changes in stormwater runoff expected from extreme coastal storms, and develop recommendations for culvert improvements in the Oyster River watershed and other coastal communities.

This project originated because of concerns over cumulative effects of changes in precipitation and storm events as a result of climate change and typical habitat alterations like the development of roads, roofs, parking lots, and other impervious surfaces. Flooding related to undersized culverts as a result of highly destructive storm events in 2006 and 2007 generated public awareness and concern over increasing storm intensity and potential vulnerabilities of present infrastructure. Many existing road culverts in New England are vulnerable to failure, which will result in increased runoff and potential for flooding leading to damage to property and infrastructure, habitat degradation, and public health risks.

The overall purpose of this project was to develop an adaptation strategy to reduce climate change impacts on habitat and structure. The PREP inventoried and assessed the capacity of culverts to withstand the effects of flooding based on current and projected precipitation patterns.

In 2008, the PREP applied for and received a grant from the U.S. Environmental Protection Agency’s Climate Ready Estuaries Program to conduct a vulnerability assessment of climate change impacts on existing road and stream networks in the Oyster River watershed. The primary project partner was the EPA; PREP also worked with the Town of Durham (New Hampshire), New Hampshire Fish and Game Department, and the Strafford Regional Planning Commission.

The PREP assessed and mapped over 100 culverts, and collected and incorporated data on culvert capacity, slope, land use, and more into a GIS model to calculate runoff volumes based on current and projected precipitation scenarios. The model also evaluated two land use scenarios – one assuming current development patterns and the second demonstrating low impact development techniques.

Using the results of the inventory and assessment of current culvert capacity in the Oyster River watershed, the PREP team developed recommendations for culvert improvements based on risk analysis and cost estimates. The PREP also used the results to promote adaptation actions such as green infrastructure, low impact development practices, and restoration as ways to reduce flood risks. The project has real economic consequences for towns to consider in improving culverts and general road infrastructure, especially in the face of climate change effects. This project was completed in 2012. The PREP continues to be engaged in climate change adaptation, and recently completed a climate change vulnerability assessment as part of their 2020 Comprehensive Conservation and Management Plan.

Beginning in 1995, the New Hampshire Estuaries Project (NHEP) embarked on a process to develop and systematically address the 98 Action Items outlined in the program's guiding document, the Comprehensive Conservation and Management Plan. 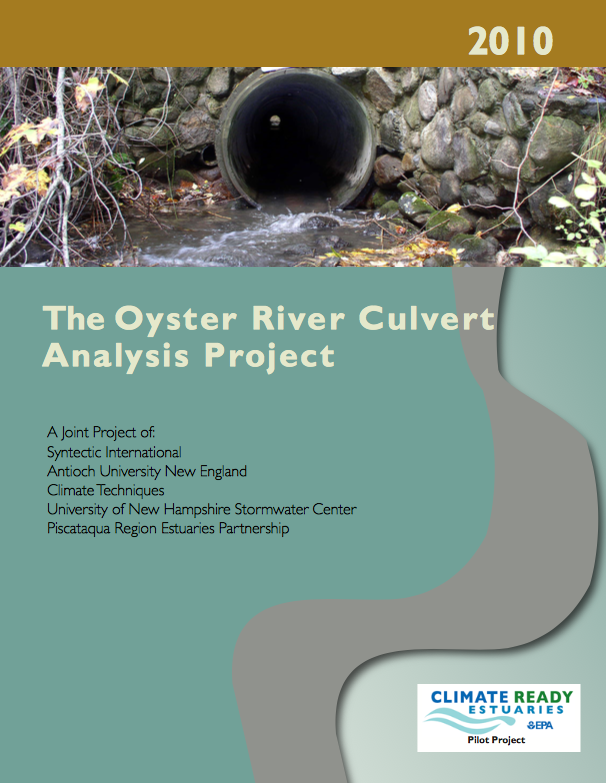